Record statutory net revenue of $577.6 million, up 76.8%. Revenue from mobile phone sales fell but energy sales now make 54% of revenue. No dividends in the short to medium term. Maverick telco Amaysim cancelled dividends as full year profit fell 76% to $2.71 million, with revenue from its mobile […]

Amaysim shares are getting beaten up after accusations of ‘misleading’ discounts

Mobile phone player Amaysim is in the Federal Court accused of making false or misleading marketing claims about discounts and savings. The ACCC alleges the company’s subsidiary, Click Energy, represented to consumers in Victoria and Queensland that they could get discounts on energy charges if they paid their bills on […]

Julian Ogrin is out as CEO of amaysim

The CEO of amaysim, Julian Ogrin, is leaving to take up a role at cable TV player Foxtel. amaysim founder Peter O’Connell will replace him. The junior telco also upped its profit guidance based on stronger sales. Julian Ogrin, who has been CEO of junior telco amaysim since 2015, is […]

amaysim, the mobile sim card company, today launched itself as a energy utility with no lock-in contracts and discounts which don’t expire. Fresh from its entry into broadband, the business says it will help cut through the unnecessary complexity of choosing a provider of electricity and gas. “What matters to […]

Complaints against Australian telecommunications providers have risen in the latest ombudsman’s report, with Telstra and Optus tied for the title of most complained-about company. The Telecommunications Industry Ombudsman on Wednesday released numbers for the quarter ending March 31, which showed the entire industry recording 8.4 complaints per 10,000 services-in-operation. This […]

Mobile sim card company amaysim has turned its attention to disrupting the big players in the retail energy market by buying Click Energy, an online pure-play energy seller, for $120 million. CEO Julian Ogrin described the acquisition as highly strategic which progresses the company’s vision to be the remote control […]

Mobile sim card company amaysim has posted a 10% rise in half year underlying profit after tax of $8.34 million as its gets closer to launching broadband services. Revenue was up 16.5% to $136.64 million for the six months to December as the company grew its mobile subscriber base by […]

Telstra has overtaken Optus as Australia’s most complained-about telco

The telecommunications industry ombudsman has released the latest quarterly numbers for complaints – and in terms of complaints per customer Telstra is now the industry leader. After many quarters at the top, Optus was pipped by Telstra in the October to December 2016 period. Telstra recorded 6.8 complaints per 10,000 […]

Mobile sim card company amaysim is buying broaband group AusBBS so it can get in on the rollout of the National Broadband Network (NBN). The company has agreed to pay between $4 million and $5.4 million for Australian Broadband Services (AusBBS) to gain access to a proprietary technology platform purpose […]

Amaysim’s shares are being annihilated

Shares in Amaysim are falling hard after the mobile sim card company reported disappointing half year results, its first since its IPO. A short time ago, the shares were down 27% to $1.78. Amaysim’s profit dropped 96% to $681,000, mainly due to listing costs and the purchase of prepaid mobile […]

These are the telcos that people complain about the most

The Telecommunications Industry Ombudsman has released its latest complaints figures, which shows drops all around, but particularly impressive is both Vodafone’s continued improvement and Amaysim’s incredibly clean record. Between October and December 2015, Telstra received 4.9 complaints per 10,000 services which was down from 5.5 in the previous quarter. Optus […]

He’s known as The Hoff, and when veteran American actor Hasselhoff announced two days ago that he was changing his name to just that, media around the world, including Business Insider, fell for it. Even seemingly reputable news organisations such as the ABC carried the story in the evening news […] 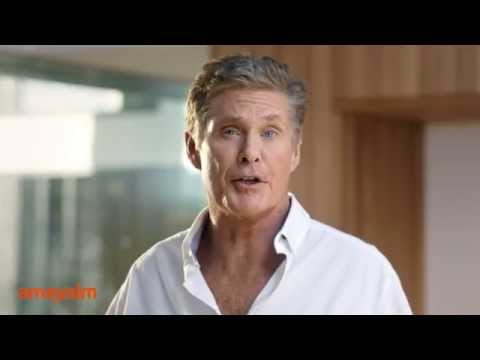