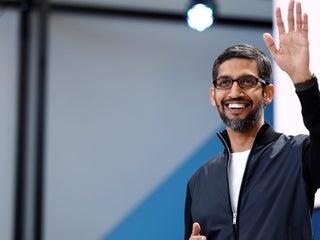 Google’s Alphabet has 22% upside and will be the top FANG stock in 2021, BofA says

Google’s parent Alphabet is Bank of America’s top FANG-stock pick for 2021. In a note published Thursday a group of BofA analysts said that Google has a more diversified advertiser base than its tech peers and it’s cloud business will be a “significant growth driver” in the next two years. […] 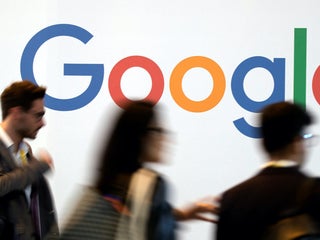 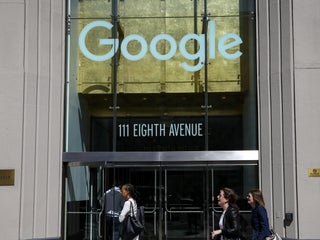 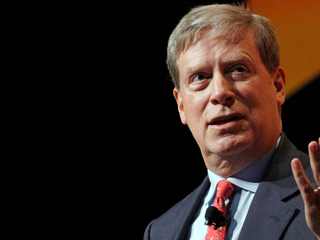 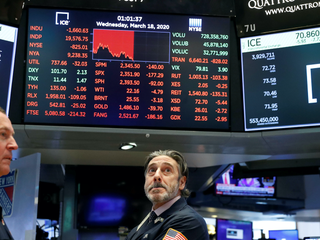 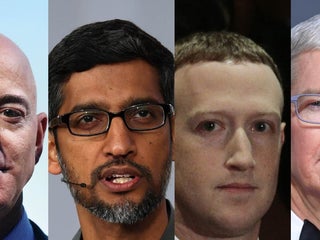 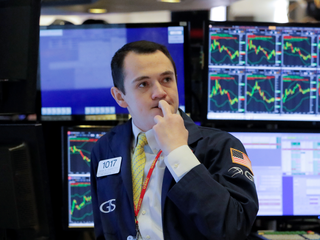 Cloud, advertising, and COVID-19 — Here’s what 4 analysts are talking about ahead of Google parent Alphabet’s earnings

Google parent Alphabet is scheduled to report its second quarter results on Thursday following the close of markets. “We remind investors that 2Q is more of a read on impact of a disruptive virus outbreak and as spend disruptions from protest activity, than on ongoing business trajectory,” wrote Bank of […] 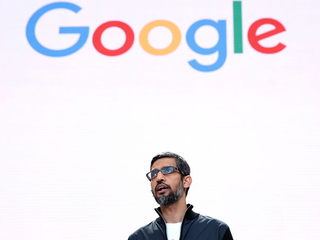 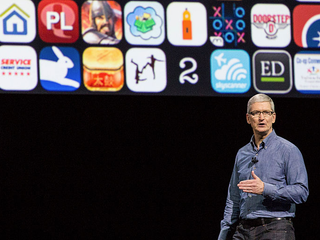 Google-parent Alphabet reported first-quarter results on Tuesday that beat revenue expectations but fell below analysts’ earnings hopes. Revenue growth in the firm’s key YouTube and Cloud segments buoyed an abrupt slowdown in overall ad spending. The period “was, in many ways, the tale of two quarters,” CEO Sundar Pichai said, […] 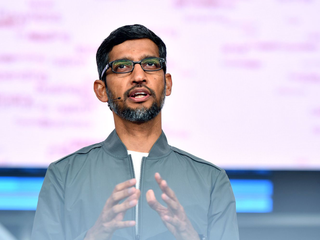 Four technology giants – Microsoft,Apple,Google-parent Alphabet, and Amazon– have shed more than $US1 trillion in market value since all-time highs in February as markets have been roiled by coronavirus, CNBC reported. The four stocks are called “MAGA” stocks by President Trump, and each has boasted a market value of $US1 […] 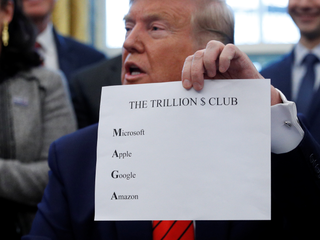 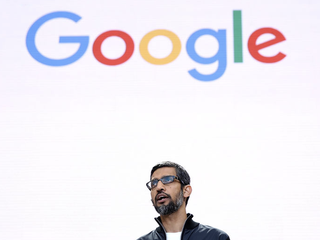 UBS on Friday raised its price target on Google parent Alphabet to $US1,675 from $US1,460. The price target implies that the stock could surge another 15% after hitting a $US1 trillion market value on Thursday. “We believe the current valuation does not give full credit to its scale advantages, the […] Google parent company Alphabet on Thursday hit a $US1 trillion market valuation for the first time ever. Alphabet joins Apple, Microsoft, and Amazon in a small group of US companies that have reached the milestone. Microsoft and Apple are still valued at more than $US1 trillion, but Amazon is not. […] Facebook and Alphabet received simultaneous upgrades from the same Wall Street firm on Thursday. Analysts from Stifel boosted the two tech companies’ ratings from “hold” to “buy,” while also raising their price targets. The analysts cited strong revenue growth trends and a robust outlook for the digital advertising market as […] Here’s why one analyst thinks YouTube could be worth $300 billion as a standalone company, making it more valuable than AT&T, Exxon Mobil, and Bank of America

Alphabet-owned YouTube could be worth as much as $US300 billion if it were a standalone company, according to Needham & Company analyst Laura Martin. That figure would make the video-sharing platform the 15th largest company in the world by market capitalisation ahead of Exxon Mobil, Bank of America, and AT&T. […] A mounting ‘techlash’ is hurting Alphabet’s profits, and one analyst says spinning off YouTube could be the answer

Google parent Alphabet reported third-quarter profits that missed Wall Street estimates on Monday. Some analysts expect the tech conglomerate’s earnings to suffer going forward as it continues to invest to grow its business. As a mounting “techlash” and heightened regulatory scrutiny eat away at Alphabet’s margins, selling off YouTube could […]