Geronimo the alpaca, who UK health officials killed thinking he had bovine tuberculosis, might not have been sick

Geronimo was killed by the UK government last month after twice testing positive for bovine tuberculosis in a saga that featured protests and courts. 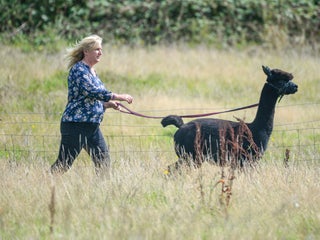 Geronimo the alpaca has been killed by UK health officials, ending a saga that featured protests and a legal battle to save the sick animal’s life

Activists had vowed to protect Geronimo - even claiming that they'd hide the animal among four identical-looking alpacas to prevent its euthanization. 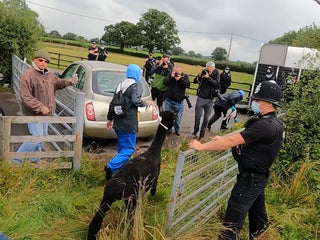 The strategy to protect the bovine-tuberculosis-positive alpaca from government health officials is straight out of the movie "Spartacus." 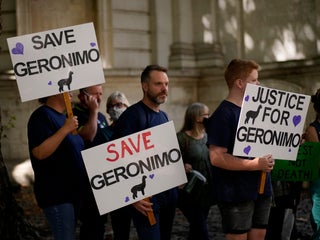 Two alpacas visited seniors in an assisted living home to cheer them up through a window. Kronk and Kuzco – whose names were inspired by the 2000 Disney film “The Emperor’s New Groove” – are two of Helen Woodward Animal Centre’s Education Ambassadors. The duo travelled by van to Boulder […] 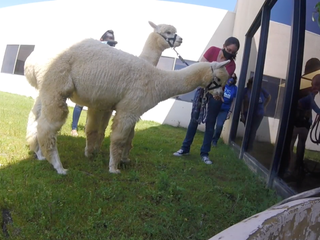 The Toronto Zoo brought its alpacas to meet its gorillas, and they were thrilled by their new visitors

The Toronto Zoo tweeted a video of its gorillas hanging out with alpacas while the attraction is empty of visitors. The video shows the gorillas catching sight of the alpacas, rushing toward the enclosure window, and banging on the glass. While the gorillas hopped up and down with excitement, the […] 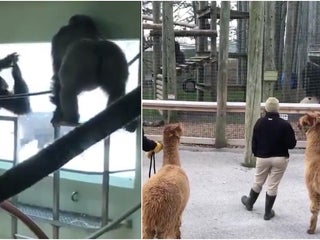