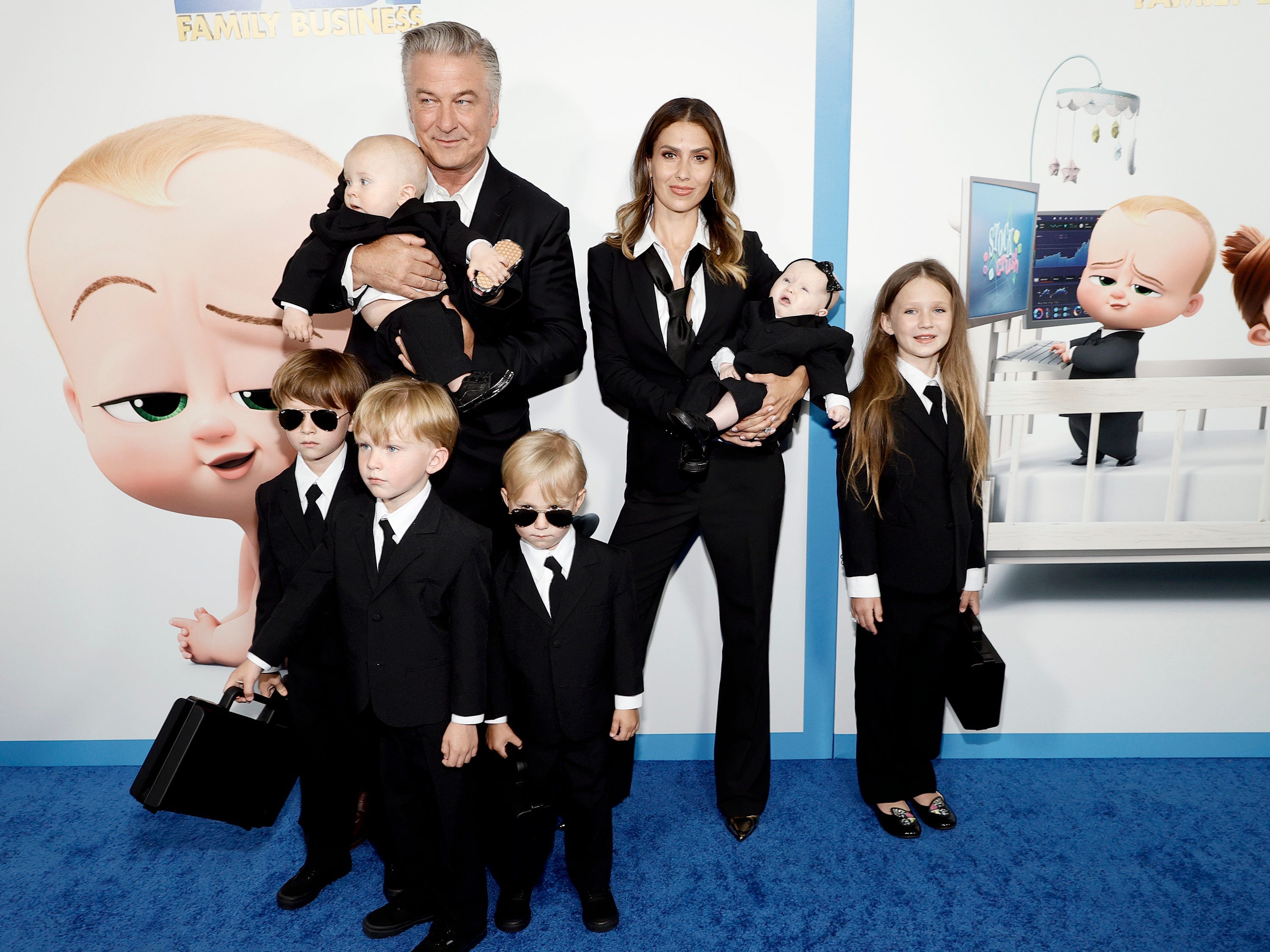 Alec and Hilaria Baldwin just welcomed their 6th child together. Here’s a timeline of their relationship.

From welcoming six kids to dealing with age gaps and handling controversies, Alec and Hilaria have been through a lot during their relationship. 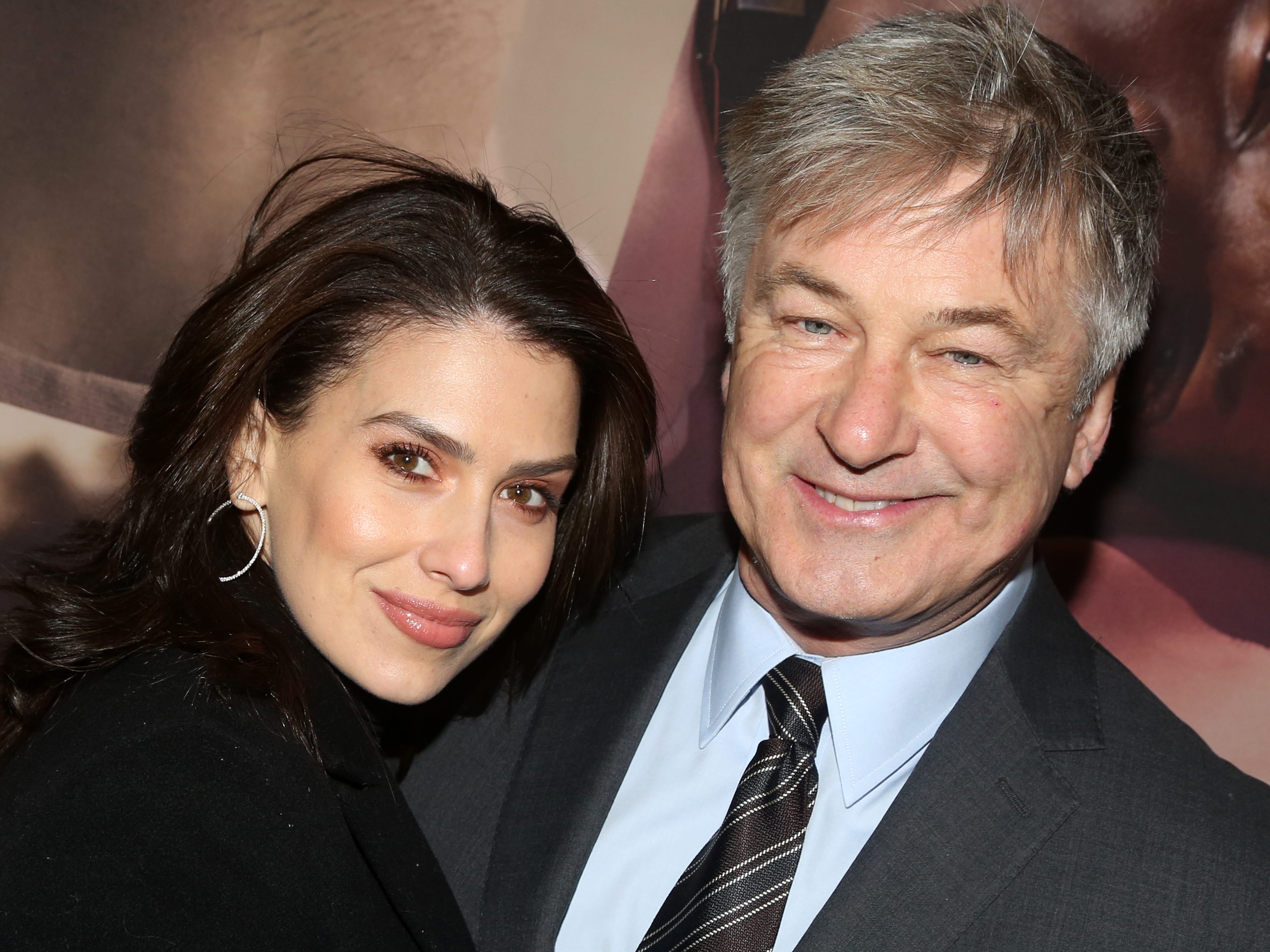 Multiple reports confirm that the couple used a surrogate to welcome their new baby, who was born nearly six months after their son Eduardo. 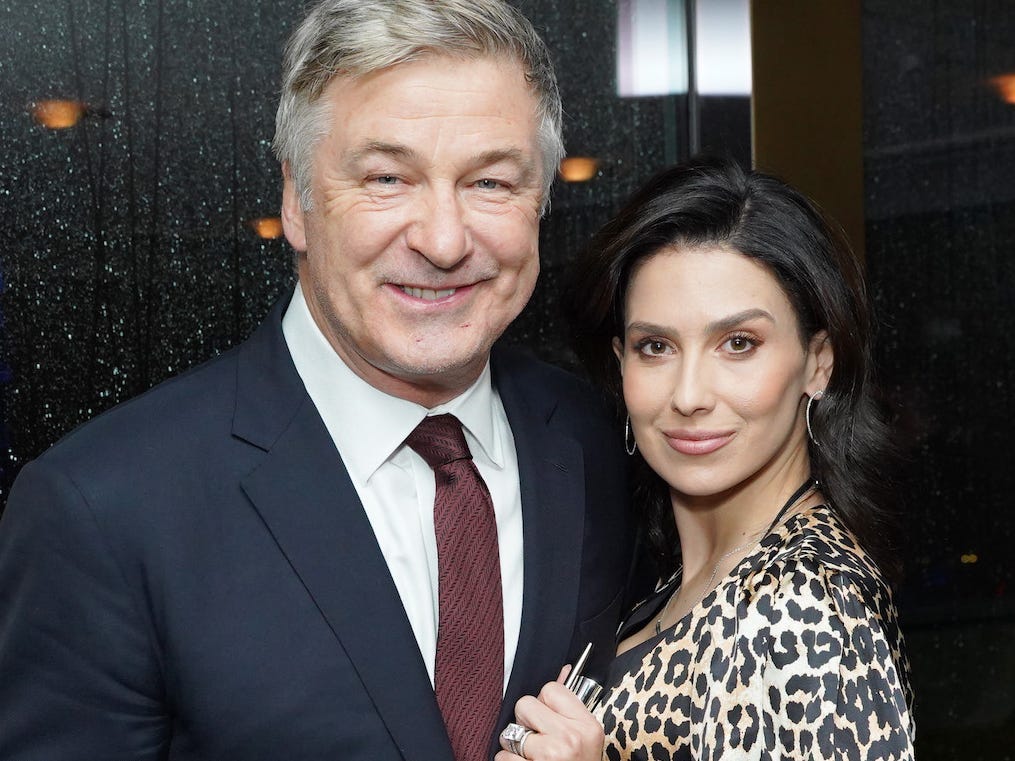 Hilaria Baldwin’s brand deal is over, but her rep says it wasn’t ‘terminated early’ because of her Spanish accent controversy 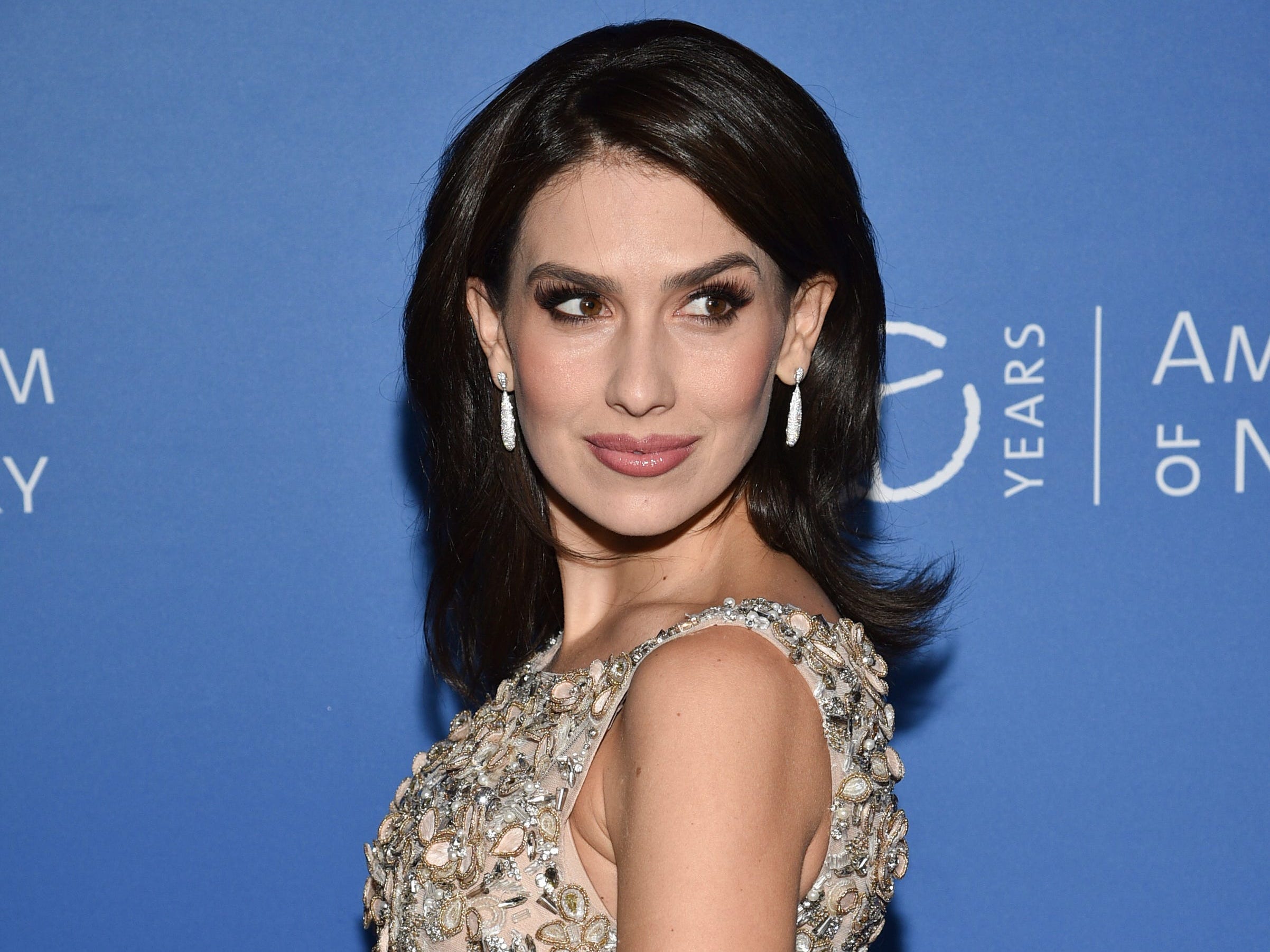 Billy Baldwin and his wife Chynna Phillips support Hilaria Baldwin amid her Spanish heritage controversy: ‘None of us are perfect’

In a new interview for Page Six, Billy Baldwin and his wife, Chynna Phillips, shared their support for Billy’s brother Alec as the controversy around his wife Hilaria’s upbringing and Spanish accent continues. Hilaria, whose birth name is Hillary Thomas, was born in Boston to white American parents, but in […] 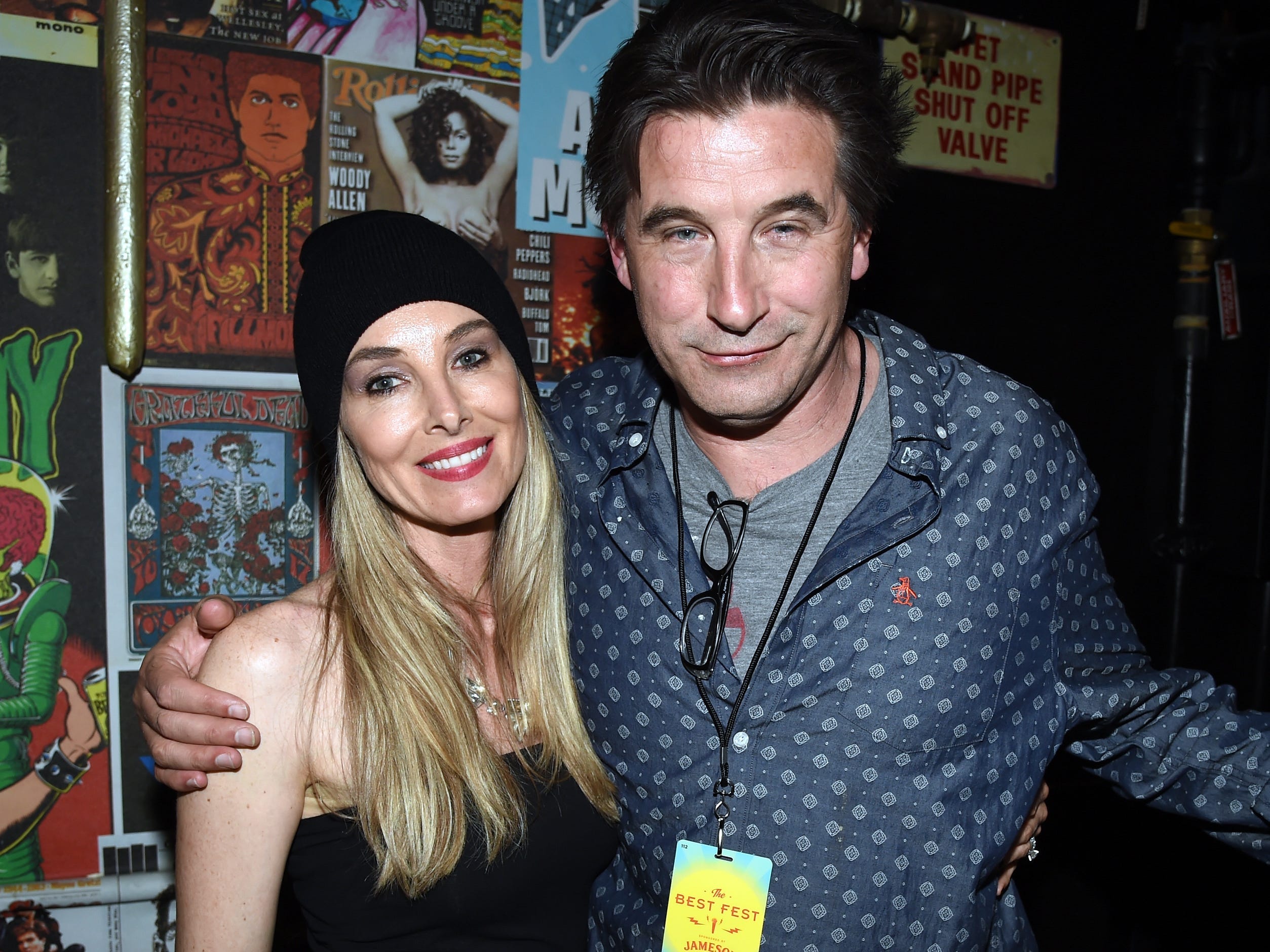 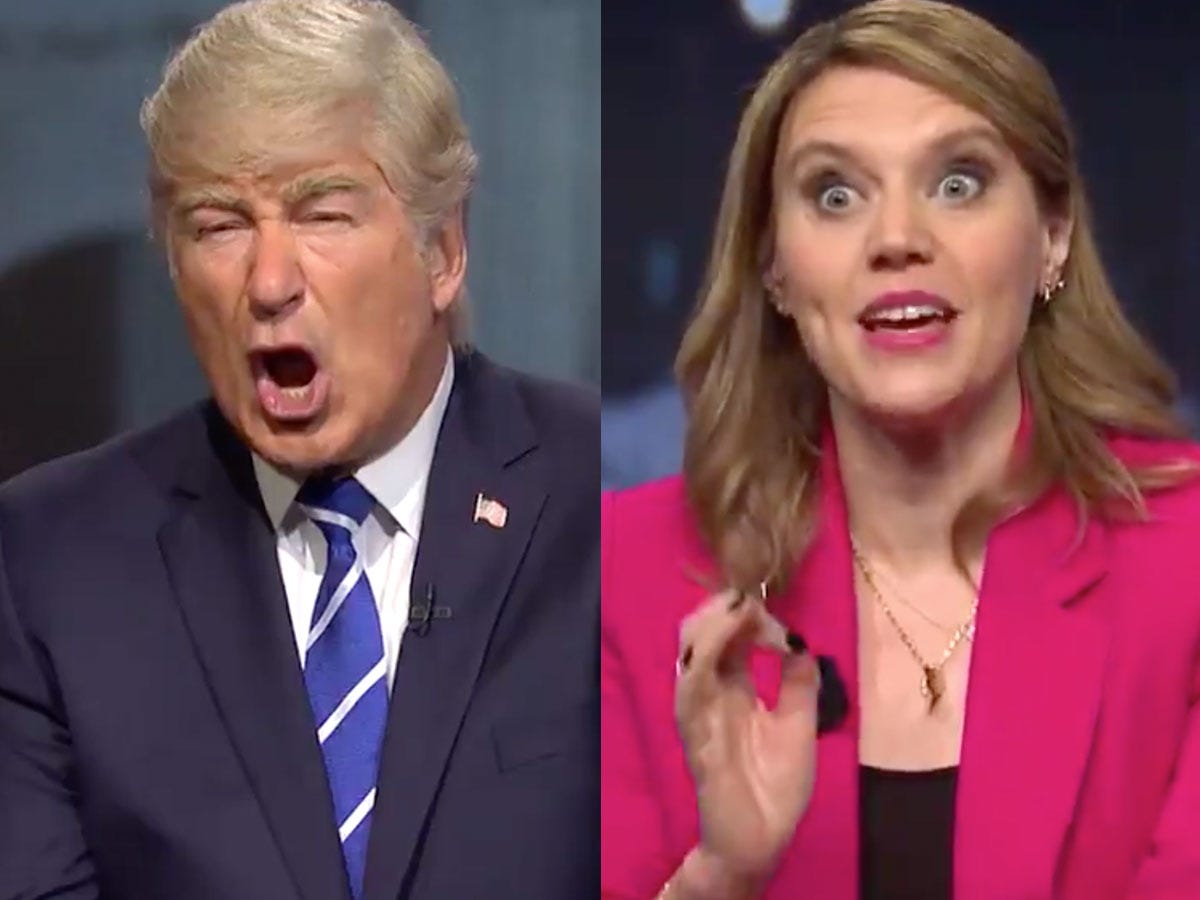 Alec Baldwin appeared as President Donald Trump on “Saturday Night Live” to lead his closest associates in singing Queen’s “Don’t Stop Me Now” to celebrate his policies ahead of the 2020 Election. “Our American economy is on fire, I’m not gonna tell you if it’s a fire that keeps you […] “Saturday Night Live” used its cold open to illustrate the sphere of chaos around special counsel Robert Mueller’s final investigation report. Alec Baldwin returned as President Donald Trump to gloat about the report, declaring that he was “free at last.” Attorney General William Barr’s summary said that while Mueller did […] President Donald Trump slammed “Saturday Night Live” for its repeated jokes about his presidency, even calling for federal regulation of the comedy show. In a pair of tweets posted Sunday morning, Trump decried “one-sided coverage” by “SNL” and other late-night shows, and even called for federal investigation of the show […] “Saturday Night Live” took aim at President Donald Trump’s declaration of a national emergency over funds for his long-sought wall along the US-Mexico border. Alec Baldwin appeared as Trump delivering an announcement in the White House’s Rose Garden about the “fake” national emergency that would secure funds “so I can […]

12 of the most shocking celebrity arrests of 2018

Numerous celebrities have been arrested and faced charges this year. Alec Baldwin was charged with assault after allegedly punching someone in a parking spot dispute in November. Amy Schumer was arrested while protesting Brett Kavanaugh’s appointment to the Supreme Court. T.J. Miller was arrested after allegedly calling 911 and accusing […]

Alec Baldwin returned to “Saturday Night Live” to play President Trump a month after he was arrested for allegedly punching someone over a parking spot dispute. The seven-minute cold open sketch mocked a talked-about moment from the G20 Summit in Argentina where Vladimir Putin enthusiastically high-fived Saudi Crown Prince Mohammed […] Alec Baldwin is reportedly playing Batman’s dad in ‘Joker,’ and the character will resemble Donald Trump

Alec Baldwin is reportedly playing Thomas Wayne, Batman’s father, in “Joker.” According to The Hollywood Reporter, the role is in the mould of Donald Trump. “Joker” also stars Joaquin Phoenix as the Joker, Robert De Niro, Zazie Beetz, and Marc Maron. It comes to theatres October 4, 2019. Alec Baldwin […]

“Saturday Night Live” took on the latest White House news this week, from Hope Hicks’ resignation to President Donald Trump’s gun control plans. There was also an amusing skit about “The Grabbies” award show honouring sexual harassers. Charles Barkley was the host and Migos was the musical guest. Hope Hicks […] Many Twitter users are agreeing with President Donald Trump’s tweet that Darrell Hammond’s “Saturday Night Live” impression of Trump was “funnier” than Alec Baldwin’s. Trump called Alec Baldwin’s impression an “agony” to watch in a tweet Friday morning, while also suggesting that “SNL” bring back the “far greater talent” of […] On “Saturday Night Live,” Melania Trump (played by Cecily Strong) debated whether she would attend her husband’s first State of the Union speech.. Former first ladies appeared to give her advice, including host Natalie Portman playing Jackie Kennedy. Melania Trump got a little help from her friends on this week’s […]