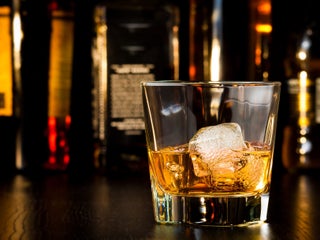 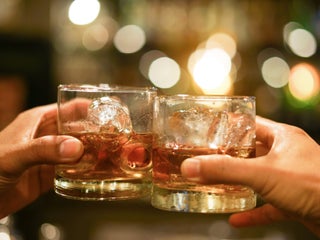 Some people who usually do “Dry January,” or taking the month off drinking, have decided against it this year, opting for a more “damp” month instead. Others who began the year sober gave it up due to current events. The pandemic has increased many adults’ drinking, though some have used […] 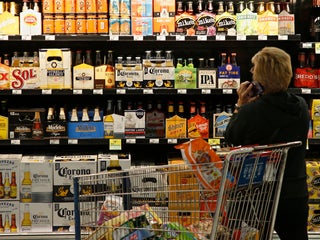 How to tell the difference between ‘normal’ and ‘problematic’ drinking, and what to do if you notice an alarming pattern

Retail alcohol sales in the US have been strong during lockdowns. Insider spoke with Dr. Antonio De Filippo about how to identify problematic drinking and how to address it. If you find yourself missing or underperforming at work, feeling generally more fatigued, or getting into legal trouble because of your […] 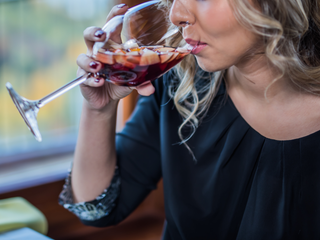 The UK brewer BrewDog started producing hand sanitizer to give away to charities and the Aberdeen Royal Infirmary. The National Health Service, which oversees the infirmary, couldn’t use their first batch because its alcohol content didn’t meet clinical standards. The company reformulated their product to meet the 80% alcohol requirement. […] 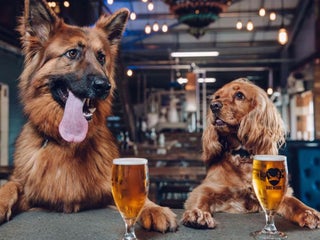 Americans who drink heavily are now consuming more alcoholic drinks during each binge, according to a new study. Researchers found that binge-drinkers consumed 12% more alcohol per episode in 2017 than in 2011 – from an average of 479 drinks a year per person to 529. Heavy drinking, defined as […] Bartenders reveal 8 mistakes people make when ordering drinks, and how to avoid them

Insider spoke to bartenders, bar managers, and beverage experts to learn about some common mistakes people make when they order drinks at a bar. If a bar is crowded, avoid ordering hot drinks and cocktails that are time-consuming to make. Some bartenders dread hearing the words “surprise me” when patrons […] Some people seem to be able to drink more alcohol than others. They still get intoxicated, but it doesn’t appear to stop them from drinking more and more. According to new research, this could be because an area in the brain isn’t working properly. Due to mutations, some people may […]

Giving up alcohol can benefit your skin, liver, and other parts of your body. You won’t see changes immediately. When you stop drinking for a brief period, you’re more likely to make more informed eating choices and drink less in the long term. If you’ve ever given up drinking alcohol, […]

More people are choosing to drink in the comfort of their own home, instead of at a bar, which means opened bottles around the house. Alcohol doesn’t go bad in the same way that food does. If you drink expired alcohol, the worst case scenario is you might get an […]

The United States has a long history of regulating alcohol consumption, from Prohibition in the early 20 th century, to the Minimum Drinking Age Act of 1984. The Drinking Age Act essentially required all states to mandate a 21-year-old drinking age or lose federal funding for state highways and by […]

A chronic illness made me reevaluate how I consume alcohol. It ended up being a struggle to avoid alcohol for 30 days. Though I made a few mistakes, this test made me consider what cost is associated with drinking alcohol socially. After quitting alcohol for a month I noticed a […]

I tried to give up drinking for a month. But this proved to be more difficult than I thought it would be. I only lasted 10 days in a row without drinking. It showed me how I tend to rely on alcohol to soothe me. The start of a new […]

The climate you live in could affect how much booze you drink, according to a new study

A new study has found that people are more likely to drink more alcohol in countries with colder climates and fewer hours of sunlight than in sunnier, warmer climates. The study was the first of its kind and analysed data from across the world. Researchers are now calling on tighter […]