The Angels agreed to pay the remainder of Albert Pujols massive contract when they released him, now the Dodgers are reaping the rewards. 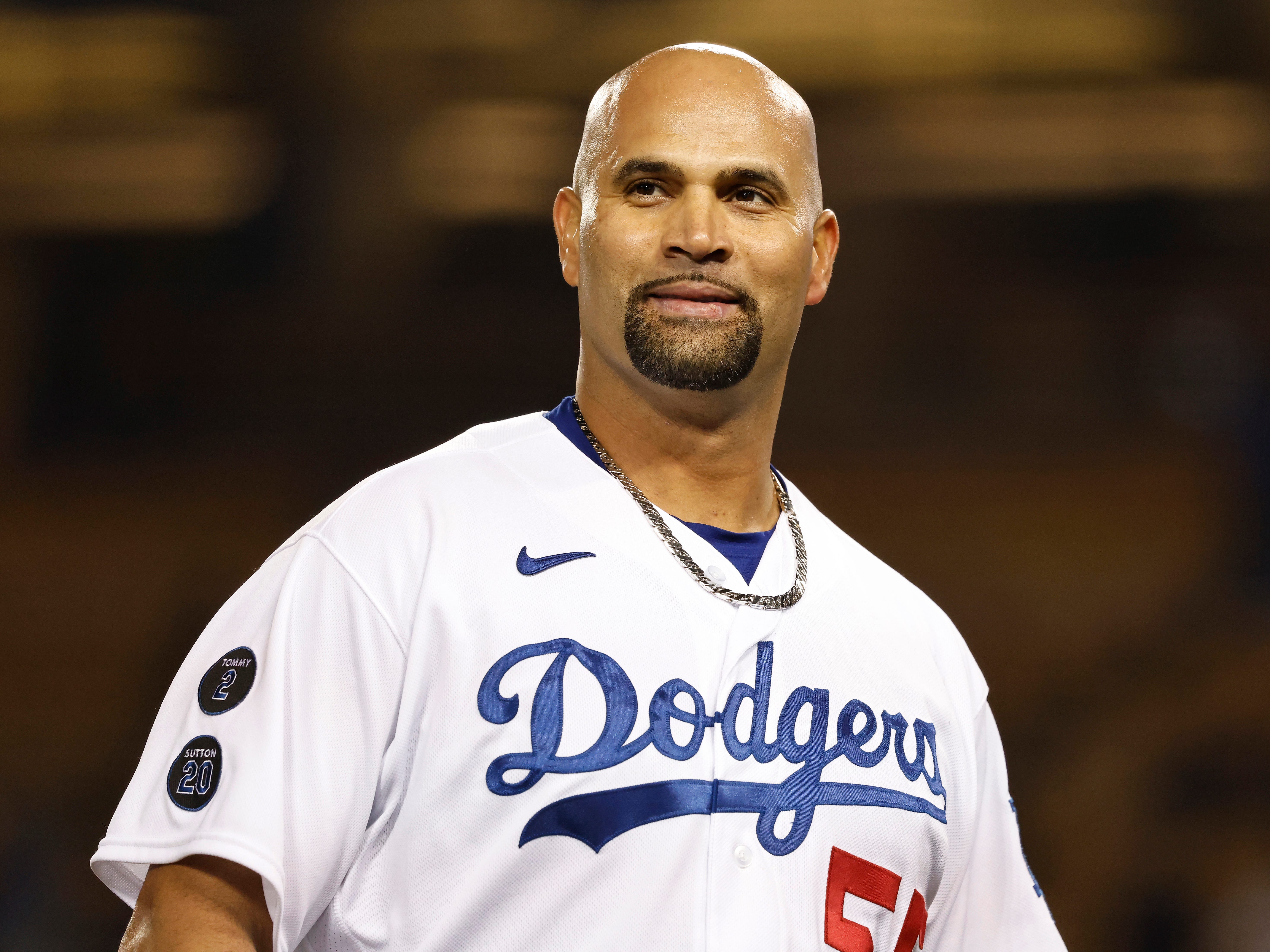 MLB insider on why Albert Pujols’ 600th home run has not created more buzz: ‘The number has been diminished’ ANAHEIM, Calif. (AP) -- Albert Pujols hit a grand slam for his 600th homer, becoming the ninth member of the club during the fourth inning of the Los Angeles Angels' 7-2 victory over the Minnesota Twins on Saturday night. When Albert Pujols hits his next home run he is... The Angels are learning the hard way that... Cabrera is surging at an age when Pujols started to decline. Pujols is not getting any younger. SPORTS CHART OF THE DAY: Nobody Has More Home Runs In The Post-Steroids Era Than Albert Pujols

Major League Baseball is now in the eighth season since suspensions were first introduced for testing positive for Performance Enhancing Drugs. Since then, 29 suspensions have been handed out. [credit provider=”FS West/MLB.tv”] The big story from the Los Angeles Angels’ 3-0 win over the Seattle Mariners Thursday is that Albert Pujols became the fourth youngest player to reach 450 career home runs in Major League Baseball history.However, there’s a much more important development with his monster 3-for-4 night: Albert […]

The Los Angeles Angels seem to be getting out of their early season funk as they’ve won four out of their last five games and Albert Pujols has started to pick things up. [credit provider=”Getty Images/Jason Miller”] Albert Pujols may have finally hit his first home run of the season Sunday and followed it up with a 2-RBI game a day later, but he went back to his usual 2012 self in an 0-for-4 effort Tuesday night.That leaves Pujols with a .190 batting […] It only took 29 games and 111 at bats, but Albert Pujols has finally hit his first home run since signing his $240 million contract with the Los Angeles Angels of Anaheim near Disneyland. [credit provider=”Getty Images/Jason Miller”] With the month of April in the books, Albert Pujols is only hitting .217 with a .570 OPS and 0 home runs.The awful start seems to be getting to Pujols, as he recently expressed his displeasure with Los Angeles Angels hitting coach Mickey Hatcher for something […]

Albert Pujols Struggled Again Last Night, Here’s How The Rays Shut Him Down

[credit provider=”Sun Sports”] Albert Pujols struggled again last night, going 0-4 against David Price and the Tampa Bay Rays.Pujols is now hitless in his last 18 at bats, spanning more than four games. And 17 games, Pujols is hitting just .232 and is yet to hit a home run. [credit provider=”Wikimedia Commons” url=”http://commons.wikimedia.org/wiki/File:A-Rod_Damon_adjusted.jpg”] It’s been an exciting two weeks of baseball so far.Every team has played about 12 games, which isn’t enough to predict who will be left standing come October but it does provide us with some interesting trends to keep up with as the year goes along. [credit provider=”YouTube” url=”http://www.youtube.com/watch?v=p0oIkN5h-W0″] The new look Miami Marlins may have two World Series Championships over their 20-year history, but they’ve generally been known for being a joke of a franchise.Both World Series titles were followed by fire sales that made it even harder for an apathetic fanbase to get excited […] Albert Pujols Delivers His First Hit With The Angels

Albert Pujols’ first game with the Los Angeles Angels of Anaheim near Disneyland was an 0-3 night. But on national TV for game two, Pujols delivered one of his signature doubles, the 456th of his career. WATCH: Albert Pujols Doubles In His First At Bat With The Angels

We were a little upset to learn earlier that nobody would be broadcasting Albert Pujols’ first game with the Los Angeles Angels. But thankfully, ESPN was around to grab highlights. [credit provider=”AP Images”] After signing a $240 million contract  this off-season, Albert Pujols will play his first game as a member of the Los Angeles Angels this afternoon.Certainly the game will be on ESPN or the MLB Network, right? Nope. [credit provider=”AP Images”] We won’t blame you if you haven’t been paying a whole lot of attention to baseball these past few months.On top of it being the offseason, the NFL gave us a very exciting Tebow-filled season and playoffs, while the NBA is now enthralled in complete Lin-demonium.