The airport said a weapon was "accidentally discharged" in the security screening area, prompting travelers to fear an active shooter. 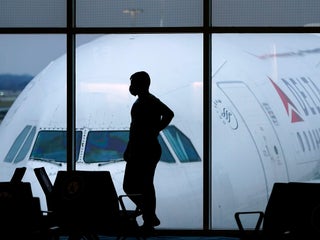 Users will be able to add their driver's licenses or state IDs to Wallet on iPhones and Apple Watches to get through some TSA checkpoints with them. 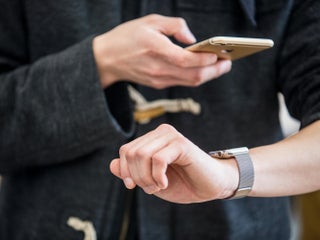 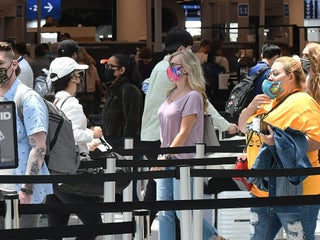 Transportation Security Administration employees are continuing to contract the COVID-19 virus despite record low traffic numbers at the nation’s airports. New York metropolitan area airports have been hit the hardest, with JFK, Newark Liberty International, and LaGuardia in the top three spots for affected employees. As few as nearly 87,000 […] 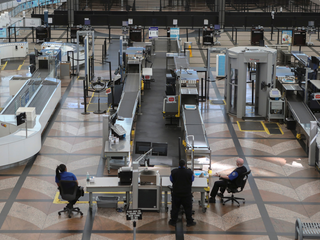 Shoe-maker K-Swiss unveiled a new line of sneakers this month. “The Startup” collection features three new shoe designs specifically made “for CEOs.” K-Swiss says shoes from The Startup collection are built for travel and versatility, and are built with “conscious” materials. Visit Business Insider’s homepage for more stories. K-Swiss this […] London’s Heathrow Airport is introducing scanners that can see the liquids and laptops inside your bag. This means you don’t have to take them out of your carry-on when they get scanned. The new regime is currently being tested. Heathrow says it could be fully in place by 2022. Restrictions […] The government shutdown is now in day 19 and shows no sign of ending. The shutdown is already having an effect on government agencies, including closures and delays. But as the shutdown drags on, the effects will only get worse. Millions of Americans could start losing access to rent assistance […] Insider Picks writes about products and services to help you navigate when shopping online. Insider Inc. receives a commission from our affiliate partners when you buy through our links, but our reporting and recommendations are always independent and objective. Airport security can be one of the most frustrating parts of […] 10 tips to make going through airport security a breeze

As we quickly approach the busiest travelling time of the year, there’s one thing that millions of travellers must be mindful of – and that’s how to be efficient when it comes to airport security. Without the convenience of TSA precheck, Global Entry or CLEAR, navigating airport TSA can seriously […]

10 common mistakes that can slow you down at airport security

Getting through the security line is arguably one of the most stressful parts of an airport experience- and it’s exponentially worse if you’re running late. If you want to get through the chaos as quickly as possible, make sure you’re not making any of these common mistakes. You’re flying at […]

NFL player, A.J. Francis, took to Twitter on Monday and Tuesday to lambaste the TSA for allegedly spilling his mother’s ashes out of a sealed urn. The TSA posted an apology and its explanation on its Twitter account, AskTSA. Francis had been travelling with the urn to celebrate the life […] ID requirements for air travel were set to change in January 2018. Nine states’ IDs were not in compliance with the Real ID Act requirements, which meant that travellers from those states would be required to use their passport to fly domestically. The TSA told Business Insider Thursday that the […] TSA is beginning to test new scanning machines that could speed up security lines. The new scanners are similar to those used in hospitals, and they would give agents 3-D images of bags that would make it easier to distinguish dangerous items from harmless ones. Test in European airports have […] Qantas confirmed passengers should arrive much earlier for domestic Australian flights in order to deal with new security protocols in place following police raids that authorities say disrupted a suspected terrorist cell plotting an attack on an aircraft. Prime minister Malcolm Turnbull announced yesterday that security procedures were being enhanced […]

Federal agents can search your phone at the US border, even if you’re a US citizen. Here’s how to protect your personal information.

Customs officers are legally allowed to search travellers’ personal electronics without a warrant – whether they’re visitors or American citizens. A Harvard student said he was recently denied entry to the US after officers questioned him about his religion and then searched his phone and laptop and found that his […] If you could get an upgrade from economy to... Flying can be stressful, expensive, and... Finally! Watch US TSA agents line up and go through security as they role-play passengers in training

VIDEO: TSA trainees use a full-scale mock checkpoint to role-play as different passengers.