If one AirPod isn't working by not connecting or playing audio, there are many possible problems, but they're all easy to check. 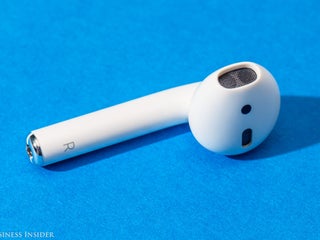 ‘What is Bluetooth?’: A beginner’s guide to the wireless technology

Bluetooth is a wireless technology that allows the exchange of data between different devices. While Bluetooth uses wavelength to transmit information, it generally only works within a short distance for the devices to stay connected. Visit Business Insider’s homepage for more stories. Chances are good that you are familiar with […] 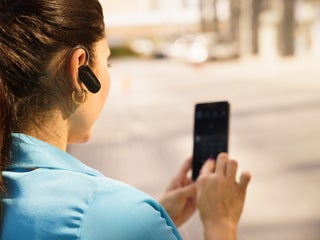 Apple’s plan to dramatically ramp up AirPods production is falling apart due to the coronavirus outbreak, according to Nikkei

Apple’s wildly popular wireless headphones, Apple AirPods, are facing shortages. Manufacturing has become increasingly difficult as China, where the headphones are made, deals with the brunt of the Wuhan coronavirus outbreak. Apple ordered over 45 million new AirPods from Chinese manufacturers, Nikkei reported on Thursday, but that order cannot be […] Apple’s AirPods are so popular they could become the company’s third-largest product by 2021, analyst says

Apple’sAirPods sales could grow to $US15 billion in 2020, more than doubling the $US6 billion in revenue the product generated in 2019, according to a note from Bernstein’s Toni Sacconaghi reported by CNBC. If that rate of growth holds up, AirPods could become Apple’s third-largest product in 2021. Sacconaghi’s predictions […] Apple’s wearables and accessories products accounted for nearly as much revenue in the company’s just-completed fiscal year as its Mac computers. Sales of those products, which include Apple Watch and its AirPods line of wireless headphones, grew 54% in its fiscal fourth quarter to $US6.5 billion. CEO Tim Cook believes […] Apple just unveiled a new version of its wireless headphones: AirPods Pro costs A$399 and are scheduled to arrive on October 30. In addition to a higher price, the AirPods Pro come with active noise-cancelling tech, are water-resistant, and have a new form factor. The stem on the AirPods Pro […] ASOS is now selling nonfunctional ear pieces that look like silver Apple AirPods for $US9.50. The fact that the fast-fashion brand believes some people will spend nearly $US10 on a useless accessory reveals AirPods’ cultural dominance as a millennial style icon. Apple’s wearables, home, and accessories division, which includes products […] Amazon unveiled a bunch of new products on Wednesday, including its new wireless $US130 Echo Bud earphones. Dave Limp, Amazon’s senior vice president of devices and services, gave an interview to Bloomberg wearing a single earbud – but it looks like it was an Apple AirPod, a direct competitor to […] As iPhone sales level off, Apple has doubled its revenue from accessories since 2015

Next year, Apple is reportedly planning to release a high-end version of its wireless AirPods, a second version of the HomePod smart speaker, and its first over-ear headphones, sources familiar with the matter told Bloomberg. Consumers haven’t seen Apple as an audio company in a while, as the iPhone ate […]