Why food tastes different on planes

Airplane food may not taste great, but there are scientific reasons why. The plane's environment causes the way you taste food to change. 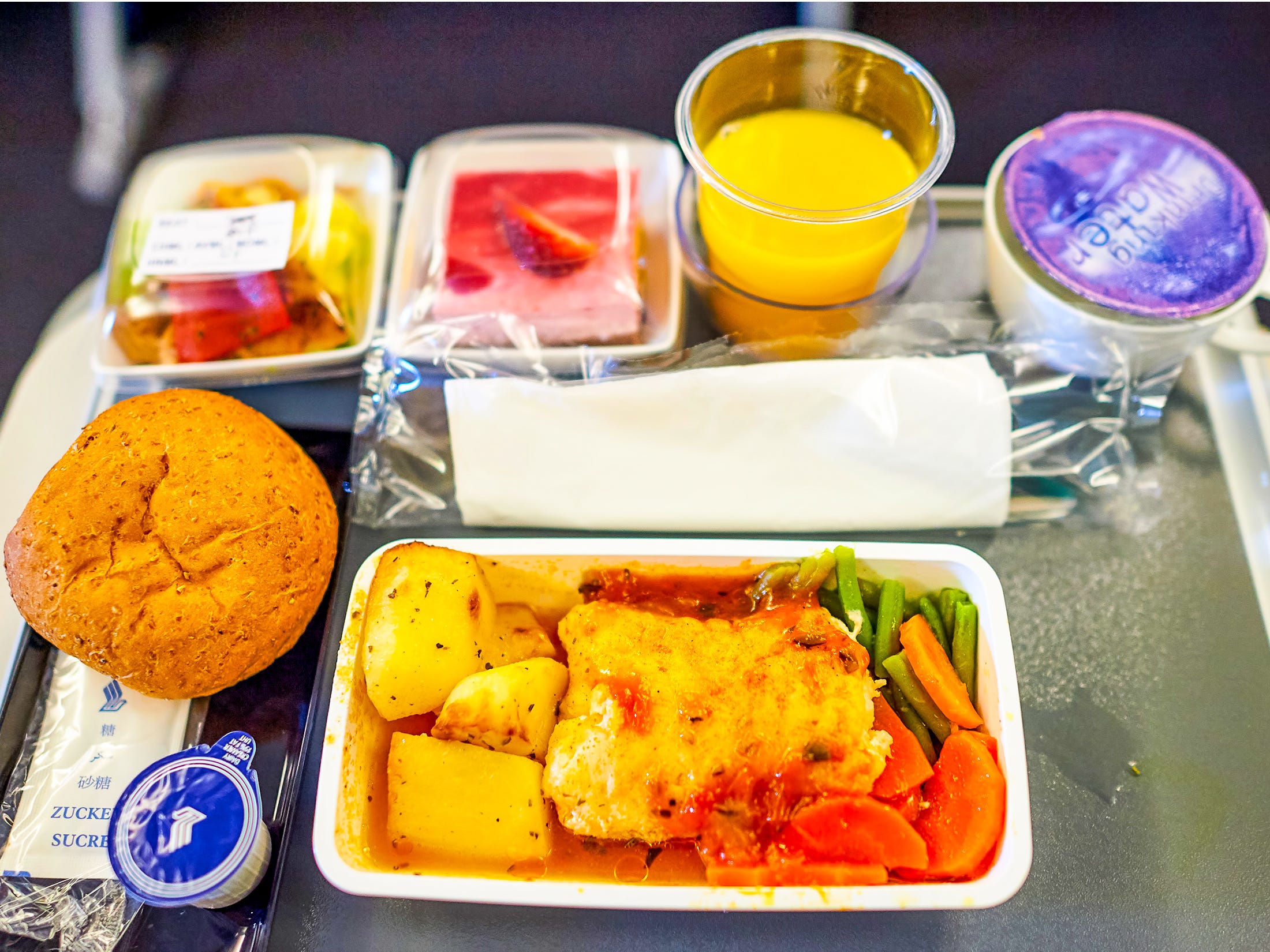 How Emirates makes 225,000 region-specific meals a day for its passengers

EmiratesFlight Catering in Dubai makes all the snacks, main dishes and desserts served aboard the airline’s 200,000 flights each year. The facility runs 24-7 and dishes out 110 million meals a year. Emirates’ 1,800 chefs from around the world create region-specific menus for each flight. In 2018, Emirates passengers ate […] I took a $5,400 Emirates business-class flight that famously serves 3-course meals from Dubai to NYC — and it was the best food I’ve ever had on an aeroplane Crop One Holdings, a Silicon Valley food startup, and Emirates Flight Catering (EKFC), one of the world’s largest airline catering operators, plan build a 130,000-square-foot vertical farm in Dubai. Vertical farms grow crops indoors and year-round without natural sunlight or soil. The facility will be the largest of its kind, […] Singapore Airlines has some of the best plane food out there — here’s an inside look at how the airline makes 50,000 meals a day

How aeroplane food is made can depend on the airline. For Singapore Airlines, they contract an airline catering firm called Gate Gourmet in Switzerland to produce more than 50,000 meals a day. Some of the most fascinating details and secrets from inside Singapore Airline’s food facility include that the kitchen […] A flight attendant has revealed the truth behind “unhealthy” plane food in a Quora post. The food is apparently prepared 12 hours – or even days – before departure. Eggs are often made of a mix of actual egg and “other substitutes.” Spices, salts, and fats are added to make […] I toured the surprisingly small United Airlines catering facility where 33,000 in-flight meals are made entirely by hand every day

We visited United Airlines’ catering facility, Chelsea Food Services, near Newark International Airport in New Jersey, Nothing was automated: Everything was made by hand, and all the ingredients were fresh. The trick to aeroplane food is to only cook it halfway. Steak, for example, is cooked 30% of the way. […] VIDEO: Air Koryo is an airline run by the North Korean government, and it's consistently rated as the worst airline in the world. VIDEO: Air Koryo is an airline run by the North Korean government, and it's consistently rated as the worst airline in the world.

Besides likening themselves to cattle shoved...