Airline ticket prices for this holiday season are skyrocketing

Travelers should buy their flights by Thanksgiving at the latest because airfare will continue to increase as Christmas gets closer. 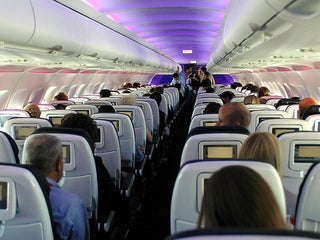 Oil prices have climbed to their highest level in years, and travel has rebounded from a pandemic slump, and that means higher jet fuel prices. 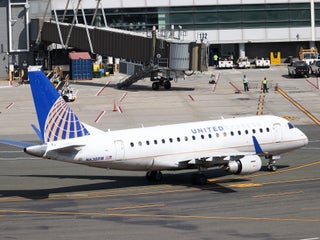 New data shows how US airfares plunged alongside demand early in the pandemic, dealing airlines a double blow

As travel demand collapsed during the first few months of the pandemic, so did the price to fly. The average airfare for domestic flights fell 26%, according to data from the DOT and processed by Cirium. The data underscores airlines’ plight – the sliver of demand they have been able […] 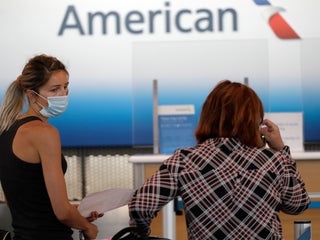 Travel has mostly come to a halt as a third of the world’s population is under lockdown. Yet, with air travel having dropped by 95%, fares are lower than ever. Many airlines, online booking sites, and hotels have also adopted more flexible change and cancellation policies as a result of […] 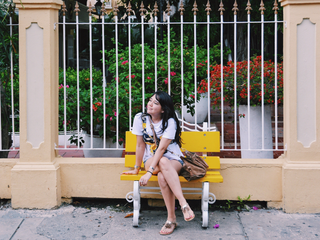 The cost of airfare in the US has dropped in the past 10 years, after adjusting for inflation. The average domestic flight costs $US359 today, while in 2010, the average price was $US336, or $US392 in today’s dollars. The cost of flying has changed in other ways, too – luggage […] I’ve been travelling around the world for 2 years, and here’s why I almost always wait until the last minute to book a trip Some of the most popular tourist destinations in the world are surprisingly affordable to visit this spring. We found deals on luxe hotels and scouted flight deals to find nine upscale getaways that won’t break the bank. The most affordable luxury destinations this spring include Paris, Amsterdam, and Shanghai. While […] How to find the cheapest flights online, in 9 steps The best time to book a flight depends on where you’re travelling. CheapAir analysed airfare trends and found how far in advance you should book flights to each region. For flights from the US to the Caribbean, you should book almost seven months in advance, while 66 days is enough […] The ultimate guide to travelling around the world, from how to pack your suitcase to how much you’ll be paying for a beer

Planning to travel to another country, even for a vacation, takes a lot of work. We compiled the ultimate guide to travelling around the world, which can help you in every step of the vacation-planning process. From applying for visas for your trips and finding an affordable flight to navigating […] Parents and relatives of migrant children separated at the US-Mexico border are being forced to pay hundreds and even thousands of dollars to be reunited. Relatives have paid nearly $US2,000 per child to cover transportation after separated children were sent to facilities around the country. The payments are to cover […]

Major airlines such as Delta,United, and American Airlines started offering basic economy fares in 2016 and 2017. Basic economy tickets are meant to be the cheapest tickets on the plane and restrict a traveller’s flexibility, choices, and luggage. I flew basic economy on both Delta and United over a holiday […] 8 reasons first-class airfare is so expensive

First-class plane tickets can cost as much as 70% more than economy airfare, and even more for international flights. Such a high price tag makes flying first class an unattainable dream for many travellers. It’s so expensive, in part, because it enables airlines to offer other tickets at a discount; […] Treasury Secretary Steve Mnuchin’s air travel has come under scrutiny. A government watchdog group obtained records detailing seven separate trips Mnuchin took last year that cost a total of almost $US1 million. This isn’t the first time Mnuchin has come under fire for alleged excessive use of taxpayer dollars. US […]

We’ve compiled 13 of the best places to visit for your February vacation. The destinations include tropical beaches and winter havens around the world. From extravagant Carnival celebrations in Rio de Janeiro to Chinese New Year in Beijing, February is one of the best months to explore the world. Business […] First-class plane tickets are notoriously pricey, costing as much as $US32,000 on some flights. So is flying first class actually worth it? If you’re going by the maths: probably not. But for some people, first class offers perks and convenience that might be worth the steep cost of preserving time, […] Scott Keyes of Scott’s Cheap Flights often gets reader questions about how to save money on travel. Most people make it impossible to save significant amounts of money on airfare by being rigid about their destination and dates. The only truly effective way to find cheap airfare is to be […] Now is the best time to book your holiday travel

Fall may have just arrived, but it's already... Thanks to a little-known airline hack, travelling around the world could be cheaper than you realise

Many of us share the same gripe when it comes...