Americans for Prosperity, a political advocacy group backed by billionaire Charles Koch is campaigning in support of President Trump’s new nominee to the Supreme Court, the group said in a press release. The “significant national ad campaign” will focus on 11 key states after Trump’s nomination of Judge Amy Coney […] 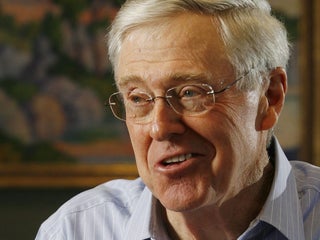 Applications to withdraw superannuation early have been paused amid a fraud investigation. Assistant Treasurer Michael Sukkar confirmed the scheme is on hold until at least Monday as security is tightened. The Australian Federal Police (AFP) are investigating 150 cases of fraudulent access, after personal information was stolen by “sophisticated” criminals. […]

French authorities turned away 10 holidaymakers who were apparently warned not to enter the country. The police also fined three helicopters that were waiting to whisk the travellers to a private Cannes villa. France has effectively closed its borders, requiring anyone entering who is not a citizen to prove they […] 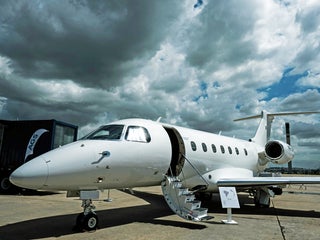 This ABC journalist live-tweeted the entire federal police raid, and the reporting is pure gold

Australian police have uncovered a major organised crime syndicate responsible for importing more than $20 million worth of illicit drugs into Australia using an international airline cabin crew as couriers. Eight people have been arrested in Melbourne over the past fortnight in relation to the bust. It’s alleged the group […]

A teenager from Melbourne is facing criminal charges after repeatedly breaking into Apple’s mainframe from his laptop. The teen, who cannot be named for legal reasons, reportedly committed the hacks because “he was such a fan of the company”. The Age reports that in the Children’s Court yesterday, his lawyer […]

A man in Seattle, USA has been arrested for attacks on technology infrastructure, following a two-and-a-half year operation involving the Australian Federal Police (AFP). The joint investigation between the AFP, FBI and the Toronto Police Department was triggered by a series of denial-of-service attacks in 2015 on businesses in Australia, […]

Prime minister Malcolm Turnbull is set to create a new super-ministry headed by immigration minister Peter Dutton, in which police, intelligence and border control agencies will be brought under one roof. The new department will see the Australian Federal Police, the Australian Security Intelligence Organisation, the Australian Border Force and […]

Serious crime in Australia is increasingly being directed from offshore, according to Australian Federal Police commissioner Andrew Colvin. Federal police estimate that about 70% of serious criminal threats have an international dimension, Colvin told the National Press Club today. The federal police have built an extensive international liaison network as […]

The AFP is getting its biggest funding increase in a decade

The Australian Federal Police (AFP) will be a big winner in tomorrow’s federal budget, receiving an extra $321.4 million to hire up to 300 more specialist officers. The funding over four years will be used to hire a range of experts, from bomb technicians to undercover officers, negotiators, digital investigators […]

A 42-year-old man was arrested in the NSW farming town of Young this morning for allegedly advising Islamic State on high-tech weapons, including missiles. Dozens of AFP officers raided a property 370km south-west of Sydney following an 18-month investigation. They were seen searching the area with metal detectors. It’s reportedly […]

Seoul (AFP) - The assassination of the North Korean leader's half brother illustrates the "brutal and inhuman" nature of the regime in Pyongyang, Seoul said Wednesday after Kim Jong-Nam was reportedly killed in Malaysia by female agents. Berlin (AFP) - German authorities have arrested two brothers on suspicion of planning an attack on a shopping centre in the western city of Oberhausen, police said Friday. Brussels (AFP) - Ukrainian President Petro Poroshenko will press EU leaders on Thursday to hold firm against Russia amid fears that US President-elect Donald Trump may ditch the Western coalition against Moscow. A man who used Facebook to issue a death threat against a Labor politician may face investigation by the Australian Federal Police (AFP) after he wrote “I would love to kill you and your poison family” to newly elected MP Dr Anne Aly. An AFP spokesman confirmed they were “aware […]

Two men have been arrested in NSW under suspicion of planning to travel to conflict zones in Syria and Iraq. A 17-year-old man arrested at Merrylands will appear in court today where it will be alleged he “made preparations and attempted to travel to the conflict region” and “played an […]

The AFP is searching parliament today over NBN leaks

Former Labor communications minister Stephen Conroy says the Australian Federal Police (AFP) have told him they will search the Department of Parliamentary Services at Parliament House this morning for emails from Labor staffers over suspected leaks to the media about the National Broadband Network (NBN). In May as the federal […]

For the second time in a row, the UN hit a dead end on what to do about North Korea’s missile launches

United Nations (United States) (AFP) - The UN Security Council failed to agree Tuesday on a statement condemning North Korea's launch of a missile that landed near Japan after China sought to include language opposing the US missile defence system in South Korea. Hong Kong (AFP) - HSBC said Wednesday profit before tax plunged 29 per cent in the first half of 2016 to $9.7 billion, after "exceptional volatility" during a turbulent six months ending in Britain's decision to leave the EU. Acapulco (Mexico) (AFP) - Morgue workers lifted a man's dismembered body that was dumped on the street of a poor Acapulco neighbourhood in broad daylight, then picked up his severed leg and a bag containing his head. A deadly snake was found in a shipping container, and animal...