Stefon Diggs refused to leave the field after his team’s AFC Championship loss Sunday night. The Bills WR looked on from across the field as the Chiefs celebrated earning their second-consecutive trip to the Super Bowl. He didn’t leave until Buffalo head coach Sean McDermott came to pull him away. […] 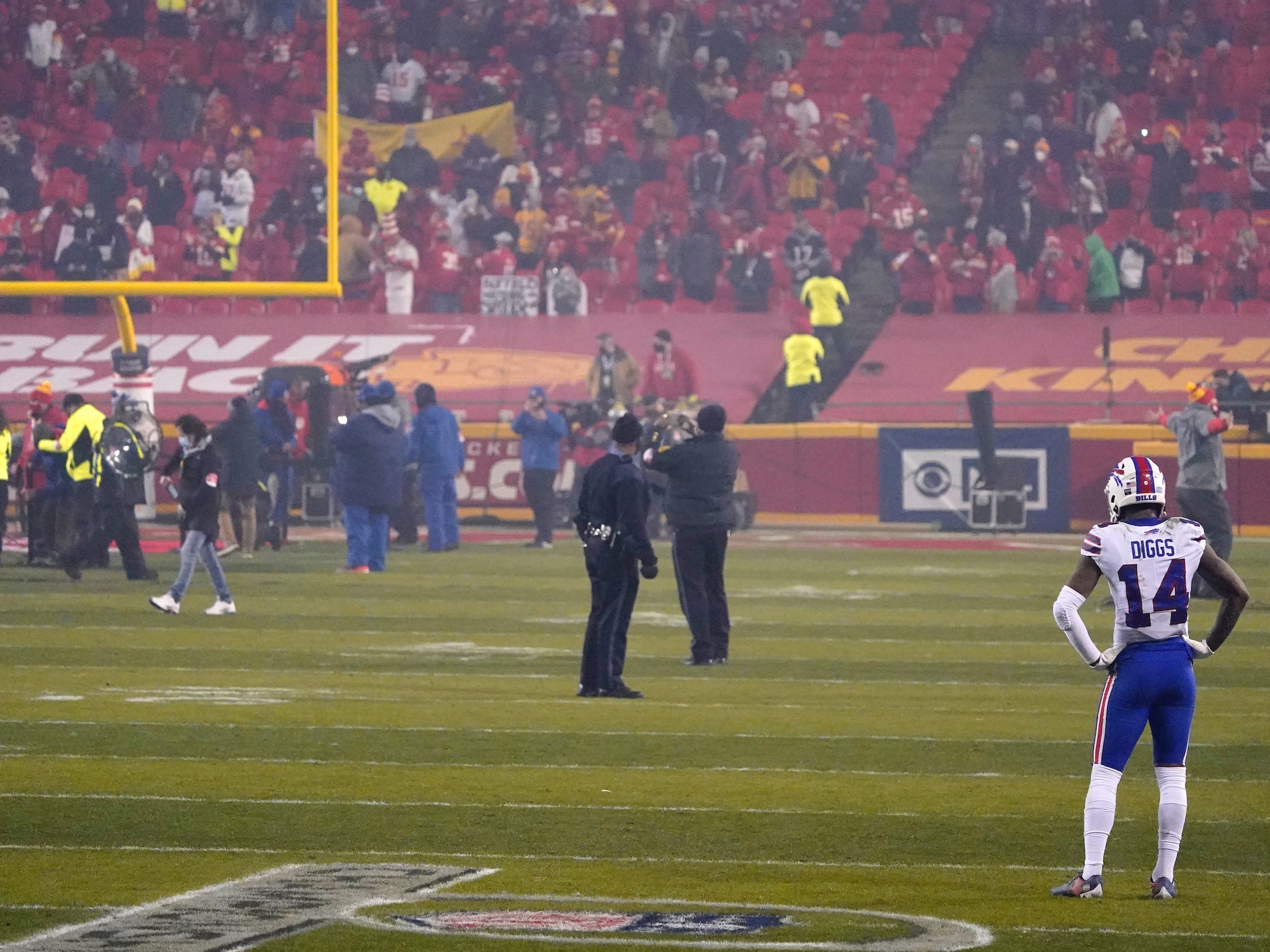 A person shot at a line of people outside the 9ine Ultra Lounge in Kansas City, Missouri, shortly before 11:30 p.m. on Sunday night, the local 41 Action News and Associated Press (AP) reported. One woman was found dead in the parking lot, and the shooter was shot dead by […] The Chiefs were losing Sunday’s playoff game 24-0, and a fan was convinced it was his fault. When he left the stadium, the team had a massive comeback.

Charles Penn, a Kansas City Chiefs fan who goes by “Big Buck Chuck” on Twitter, left Sunday’s playoff game in the first quarter when his team was losing 24-0 to the Houston Texans. Penn, who paid more than $US200 for his ticket, said he was convinced that he was jinxing […] The Kansas City Chiefs will face off against the New England Patriots in the AFC Championship this Sunday. When these teams met earlier in the season, the Patriots walked away with a 43-40 victory, but both sides have come a long way since their Week 6 matchup. Whichever team wins […] The New England Patriots beat the Jacksonville Jaguars in the AFC Championship on Sunday to earn their spot in Super Bowl LII. After the win, head coach Bill Belichick took to the stage to accept the Lamar Hunt Trophy, which he immediately dismissed. It wasn’t the first time Belichick has […] The Pittsburgh Steelers lost to the Jacksonville Jaguars, 45-42, on Sunday, sending the Jaguars to the AFC Championship. The loss was due in part to a series of poor play calls and missed opportunities from the Steelers offence, especially on fourth down. Head coach Mike Tomlin also decided to attempt […] Former Pittsburgh Steelers linebacker James Harrison signed with the New England Patriots on Tuesday. The Patriots have made a habit of finding veterans who have a bit left in the tank to fill out their depth. Harrison spent 14 seasons with the Steelers, but now joins their AFC rivals, setting […]