Russian airline Aeroflot will designate a seating area for passengers who refuse to wear face coverings, Reuters reported. The new policy applies to passengers who decline to keep their masks on after boarding. The airline announced Tuesday that it is tightening its COVID-19 protocols and will deny boarding to anybody […] 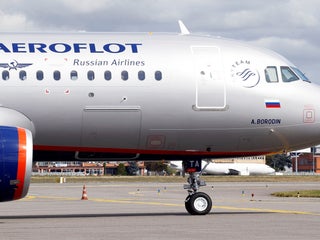 The US has announced charges against 10 people in connection to a plot that it says used current and former Aeroflot Airlines crew members to smuggle $US50 million worth of stolen electronics to Russia. The State Department has revoked 113 visas of Aeroflot employees in connection with the allegations. Visit […] 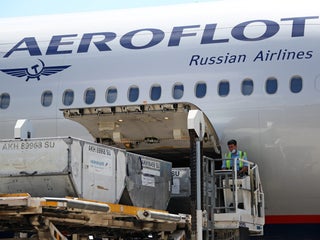 The Russia airliner that burst into flames on landing and killed 41 people may have been struck by lightning. You’ve probably been on a plane hit by lightning.

Aeroflot Flight SU1492 burst into flames while making an emergency landing at Sheremetyevo International Airport in Moscow on Sunday, killing 41 of the 78 passengers and crew aboard. One of the jet’s pilots told Russian media that the emergency landing was triggered by a malfunction in the plane’s communications system […] A Russian flight attendant died after trying to open an emergency exit on the burning Aeroflot jet where 41 people were killed, state media reports

More than half the passengers on board Aeroflot Flight SU1492 died after a fiery emergency landing in Moscow. Here’s how the tragedy unfolded.

The Russian airline Aeroflot’s Flight SU1492 made an emergency landing at Moscow’s Sheremetyevo International Airport on Sunday. Forty-one people were killed after the violent landing and subsequent fire aboard the Sukhoi Superjet 100 carrying 78 passengers and crew members. Dramatic video of the landing quickly spread across the internet showing […] Aeroflot has offered victims of the fatal emergency landing up to $76,584 in compensation

Aeroflot announced on Monday that it will offer victims who died during the emergency landing and subsequent fire on Flight SU1492 up to $US76,584 in compensation. The Russian airline issued a statement in which it also announced that passengers who were not injured will receive $US15,317, while those who required […]

Aeroflot Flight SU1492 burst into flames during an emergency landing at Moscow’s Sheremetyevo International Airport on Sunday. Harrowing video of the landing quickly spread across the internet with footage showing the burning Sukhoi Superjet coming to a stop on the runway. A second video suggests that the plane may not […] Russia’s flagship airline reversed an in-flight alcohol ban, which it introduced 9 years ago after a drunk passenger tried to hijack a plane

Russia’s national airline says it will resume selling alcohol on some flights, according to TASS, overturning a ban brought in nine years ago after a drunk man tried to hijack a plane. In February 2010, Aeroflot said it was banning alcohol in economy class on its worst behaved routes, including […]