Environmental-justice advocates want to ensure a greener economy for everyone, including those who have suffered the most from climate disasters. 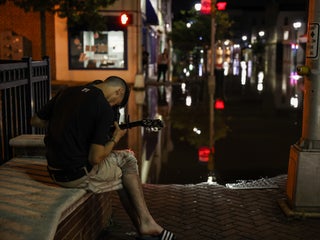 No matter how old people get, they still turn to their mums for advice when they’re stuck in a difficult situation. There is actually research backing this up, and now insurers and advocacy groups are targeting mothers in an attempt to get more young people enrolled in health insurance plans. […] There Are Six Reasons America Is Suddenly Hyper-Partisan

[credit provider=”Fox News”] “Americans … values and basic beliefs are more polarised along partisan lines than at any point in the past 25 years.” (Pew Research)Pundits bemoan this polarization, and await a leader who’ll cut the Gordian knot of gridlock politics to deliver us to a bi-partisan nirvana. The pundits […]

[credit provider=”Urban Justice centre” url=”http://www.urbanjustice.org/ujc/staff/exec.html”] In his nearly 30-year quest to help New York’s homeless population, the executive director of the Urban Justice centre has had to deal with four New York City mayors.And he isn’t shy about bashing the ones he felt didn’t respond to his mission of improving […]