3 millennial cofounders created a job platform that looks like TikTok and works with Panda Express, H&M, and Everlane 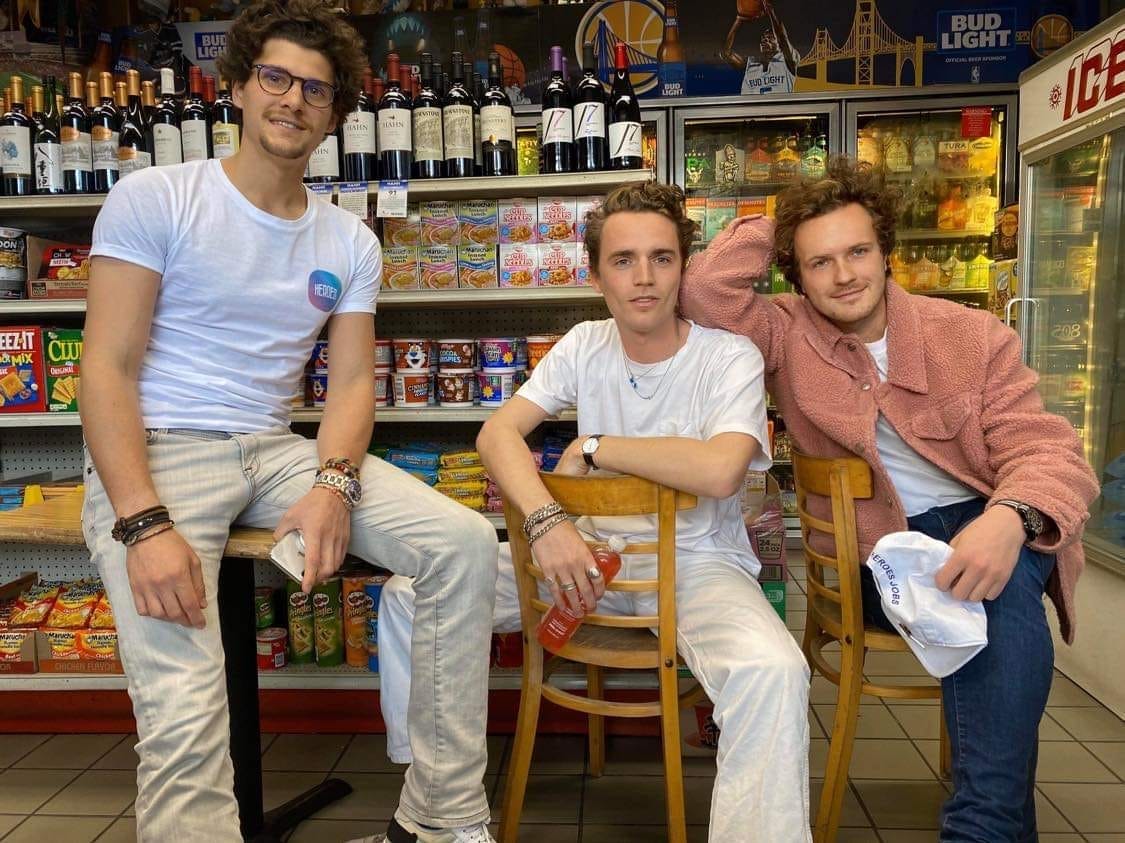 Abercrombie & Fitch is cool again, after years as the most hated retailer in the US, because it caught up to what millennials and Gen Z want 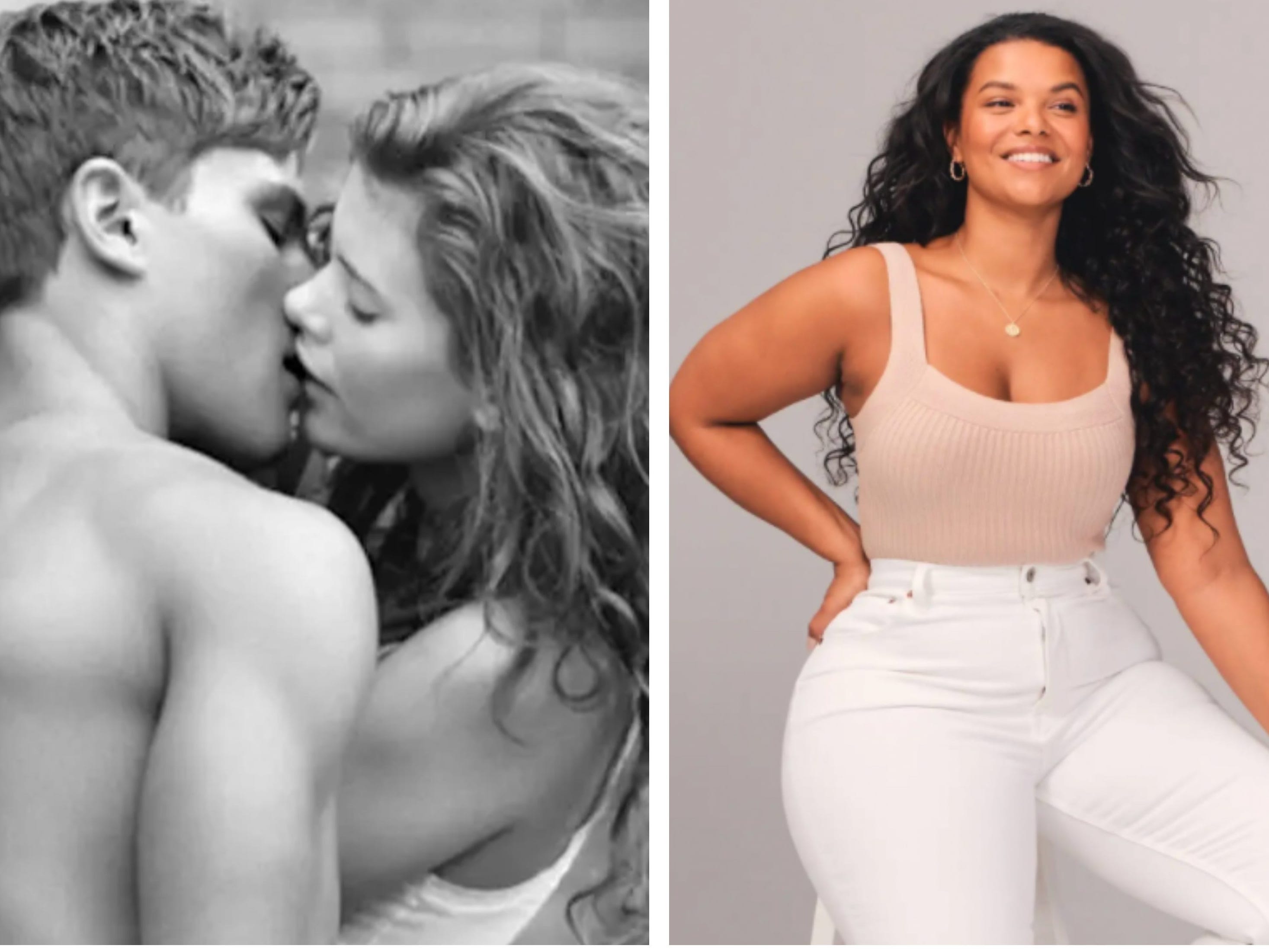 Abercrombie & Fitch’s CEO said on Wednesday that the brand’s Fierce cologne had the best sales in five years after its relaunch earlier this year. Abercrombie’s plan to shake off Fierce’s former image with a new bottle and an inclusive ad campaign seems to be working. Up until 2017, the […] Abercrombie & Fitch is closing up to 40 stores in fiscal 2019. The company reported earnings Wednesday morning. Same-store sales of the Abercrombie brand alone dropped by 2% in the fourth quarter and were up 1% overall in 2018. Abercrombie has not yet confirmed which stores will be closing. Abercrombie […] Logos are the downfall of some of the most iconic preppy clothing brands, analyst says

Flashy logos are back in fashion but preppy brands such as Gap and Abercrombie should beware, one retail analyst said. Logos can have a short shelf life. If a brand stops being seen as trendy, shoppers no longer see the value in their logos and they spend elsewhere. Flashy logos […] Abercrombie is relaunching its pungent cologne, which haunted shoppers for years after it was sprayed incessantly in stores, with a new inclusive ad campaign

Abercrombie’sFierce cologne is being relaunched with a new ad campaign. The fragrance, which was liberally sprayed in its stores until 2017, will bring back some memories for American shoppers. Abercrombie has a plan to shake off its former image with a new bottle and an inclusive ad campaign. The new […] Coziness is one of the most popular trends in clothing retail right now. The trend is inspired by the Danish concept of hygge, which is all about the contentment that comes from feeling cosy and enjoying simple things. Knit sweaters, Sherpa coats, and fuzzy slippers are everywhere this holiday season. […] Abercrombie came back from the dead by getting rid of its shirtless models and dark stores. Here’s what else has changed for the retailer.

Abercrombie & Fitch‘s shares soared 25% early Thursday morning after the retailer reported its fifth consecutive quarter of positive same-store sales growth. The company, which also owns Hollister and Abercrombie Kids, has been working hard to execute a turnaround by investing in its stores, closing unprofitable locations, improving its product […] Abercrombie & Fitch has been working hard to execute a turnaround by investing in its stores, improving product assortment, and working on its marketing strategy in a bid to appeal to the trendy millennial customer. This seems to be paying off: in August, Abercrombie & Fitch, which also owns Hollister […] Abercrombie & Fitch has made some major changes in the past few years while its sister store,Hollister, has performed consistently well. In the second quarter, comparable sales were up 2% at Abercrombie’s namesake store and 4% at Hollister, according to a company press release. It was the seventh consecutive quarter […] Abercrombie & Fitch has been working hard to execute a turnaround – it’s investing in stores, improving its product assortment, and working on its marketing strategy. This week, it announced it would be partnering with sbe, a hotel and lifestyle chain, to launch pop-ups in its hotels and offer A&F […] Abercrombie is shrinking the size of its stores. On Friday, in a call with investors, the company’s management team outlined plans to roll out 70 smaller store locations in 2018. In 2017, the Abercrombie brand opened seven smaller prototype stores. CEO Fran Horowitz claims these stores are generating more sales […] ‘We are not the Abercrombie & Fitch that you once knew’: Before-and-after photos reveal how the store has changed

caption Abercrombie wants to be cool again. source Business Insider/Mary Hanbury At Abercrombie & Fitch’s investor day on Wednesday, the company’sCEO Fran Horowitz assured Wall Street that the brand has changed and outlined its strategy to grow into a $5 billion business. The company, which also owns Hollister and Abercrombie […] caption Abercrombie (left) and its sister brand Hollister (right). source Facebook/Abercrombie and Hollister Abercrombie & Fitch reported strong sales growth in the fourth quarter of 2017. This growth was driven by greater investment in stores, marketing, and omnichannel experiences. The company confirmed it would be closing up to 60 of […] These are the biggest sibling rivalries in the clothing business

Some of the world’s largest and most popular clothing brands are being superseded by their sister labels. Many of these smaller sister stores are able to respond to changing trends more quickly. Gap, Abercrombie, H&M, and American Eagle all have popular sister stores. Sibling rivalries are the clothing business’ latest […] Abercrombie has launched a gender-neutral collection for kids. Its pieces cost between $US19.95 and $US69.95. It’s a completely new direction for the brand, which in the past was known for its highly sexualized ad campaigns. Abercrombie is making big moves to become relevant again. This week, the retailer announced that […] Abercrombie & Fitch is in trouble... Gap and Abercrombie are trapped in retail’s nightmarish cycle

Gap and Abercrombie & Fitch are... This is America’s most hated retail brand A California couple found their wedding ring inside their newly-purchased home...

12 shows you should watch if you love Netflix’s ‘You’