Los Angeles Rams defensive tackle Aaron Donald said he wouldn’t be wearing a face shield on the field this year because he doubts its effectiveness against COVID-19. In describing playing, Donald said: “If a guy got it and I tackle the guy, then I probably got it because he is […] 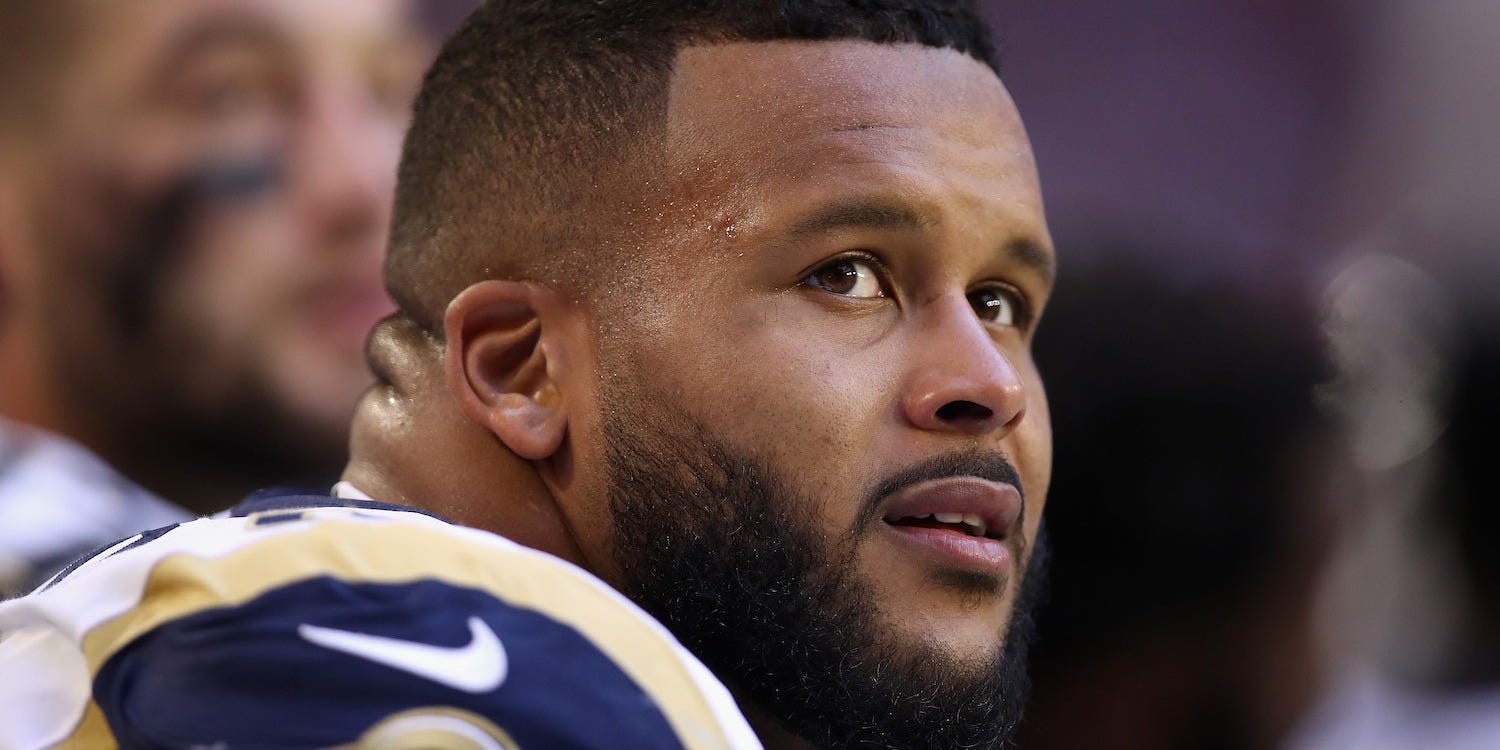 Atlanta Falcons running back Devonta Freeman was ejected on Sunday for throwing a punch at Los Angeles Rams defensive tackle Aaron Donald. Freeman and Donald were tangled up after a play and both benches cleared to break up the fight. Watch video of the incident below: Visit Business Insider’s homepage […] These are the 20 best players in the NFL, according to ‘Madden 20’

Every year, “Madden NFL” rates the skills of nearly 3,000 professional players based on more than 50 different attributes. The creators of “Madden NFL 20” say they want the game to feel more realistic this year, leading to lower ratings overall and larger gaps between NFL superstars and average players. […] Patrick Mahomes has joined the exclusive ’99 Club’ in ‘Madden 20.’ Here are the other 4 best players in the NFL, according to the game.

Every year, “Madden NFL” rates the skills of nearly 3,000 professional players based on more than 50 different attributes. Just five players have managed to earn a 99 overall rating, the game’s highest possible player score. Seven players made the “99 Club” last year. The creators of “Madden NFL 20” […]

The NFL’s highest-paid players for the 2018 season

Because of the way NFL contracts are structured, there is no easy way to define “highest-paid players.” Is the player with the highest salary? Well, most top players get a huge chunk of their money in signing bonuses. Is it the highest average annual salary? Well, that considers the entire […] Aaron Donald and the Los Angeles Rams have agreed to terms on a contract extension that will make him the highest-paid defensive player in NFL history. The six-year extension is reportedly worth $US135 million and comes with $US87 million guaranteed, making Donald the first non-quarterback to average more than $US20 […] Aaron Donald and Khalil Mack have won the past two Defensive Player of the Year awards, but both players are absent from their teams just days before the start of 2018 while waiting on a new contract. Both players are expected to reset the market at their respective position, and […] Several big-name NFL players are once again holding out of training camp and preseason for new contracts. While the goal is to obviously get a better deal, former NFL coach and analyst Tony Dungy noted that the physical nature of the sport makes getting paid while you can all the […] Aaron Donald is once again absent at the start of training camp for the Los Angeles Rams as he holds out for a new contract. Donald is still on his rookie deal, and would currently be the 38th highest-paid defensive lineman in the league despite being the reigning Defensive Player […]