The authors of ‘A Very Stable Genius’ discuss Trump’s rage, ignorance, and the unprecedented dysfunction of his White House

President Donald Trump’s White House has long been perceived as a workplace of chaos and dysfunction, but some of the details of the president’s rage and ignorance are truly shocking. The authors of “A Very Stable Genius” have put together one of those most meticulously-sourced accounts of the Trump administration […] 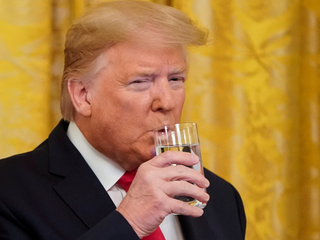 ‘I could’ve f—— gone!’: Trump blamed John Kelly for his own decision to bail on a WWI memorial visit, according to a new book

President Donald Trump previously blamed his former chief of staff, John Kelly, for the critical reception he received following his decision to bail on a cemetery visit to memorialise World War I veterans. Kelly and the chairman of the Joint Chiefs of Staff, Marine Corps Gen. Joseph Dunford, went to […] 4 wild stories we’ve learned so far from ‘A Very Stable Genius,’ a new book on the Trump White House

On Tuesday, Pulitzer Prize-winning Washington Post reporters Philip Rucker and Carol Leonnig published a new book on the Trump Administration. The book tells never-before-heard stories about the Trump White House, and confirms anecdotes that were detailed in other books and reporting. “A Very Stable Genius: Donald J. Trump’s Testing of […] ‘What’s this a tour of?’: Trump barely understood the significance of an iconic Pearl Harbour memorial during a private tour, new book says

President Donald Trump did not appear to understand the significance of a Pearl Harbour memorial during a private tour of the USS Arizona Memorial, according to a new book. The memorial was constructed in 1962, right above the original USS Arizona, in memory of the more than 2,400 service members […]