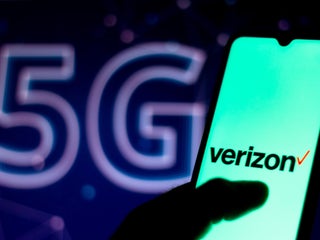 Nashville bombing suspect told ex-girlfriend he had cancer and gave possessions away in weeks leading up to suicide, reports say as authorities investigate 5G-paranoia motive

Anthony Warner, the suspect in the Nashville bombing, recently told an ex-girlfriend he had cancer and started giving away his possessions in the weeks before what authorities have described as a suicide attack, The New York Times reported. Local outlets reported that authorities were investigating whether Warner was paranoid about […] 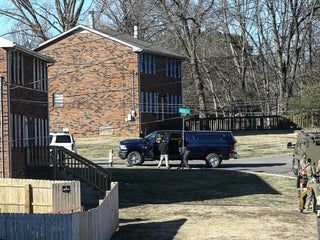 I’m the scientist who sets the global guidelines on 5G safety. Take it from me: 5G doesn’t cause cancer or spread COVID-19.

Dr. Eric van Rongen is vice chair at the International Commission on Non‐Ionizing Radiation Protection, which sets the global guidelines for phone makers and telecommunications companies on how much radiation is safe for humans. Contrary to many 5G conspiracy theories, phone radiation heats the human body the equivalent of having […] 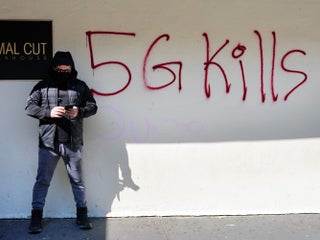 Nearly a third of Americans believe in coronavirus conspiracy theories. Science explains why people tend to believe them more in times of crisis.

The coronavirus pandemic has prompted the spread of several conspiracy theories about the virus, like that it is being overblown, that the introduction of new 5G technology caused it, and even that Bill Gates is behind it. Gates recently negated a conspiracy theory that said that he wants to use […] 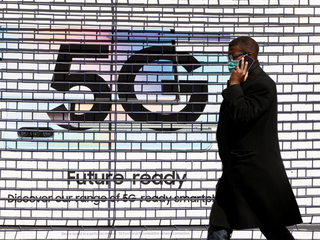 A baseless, already-debunked rumour linking the novel coronavirus and 5G broadband technology is spreading across the UK and appears to have caused physical damage this week. A mobile phone mast in Birmingham, England, is believed to have been set ablaze by anti-5G arsonists, and telecommunications engineers have reportedly been abused […] 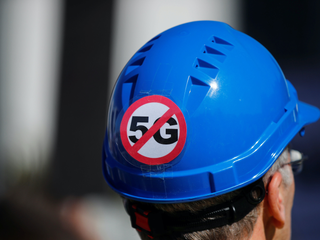 Verizon just launched a new mobile 5G hotspot that will let non-5G smartphones connect to its 5G network. But it comes at a high price that’s about the same as a new smartphone. Carriers like Verizon and AT&T are continuing to roll out 5G networks across the United States, but […] Why you shouldn’t get too excited about 5G yet

5G will be super fast and create possibilities for wireless VR experiences, driverless cars, and medical advances. But the millimetre waves that 5G uses has a short range, which means network providers will need to develop a whole new, costly infrastructure. 5G is currently available in very limited areas with […] 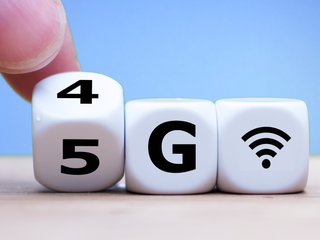 Britain’s Defence Secretary echoes the US with ‘grave, very deep concerns’ about Huawei

The UK’s Defence Secretary said he has ‘deep concerns’ about using equipment from Chinese firm Huawei in the UK’s upcoming 5G networks. Gavin Williamson is the first UK government figure to issue such a warning, after similar alarm over Huawei in the US. Huawei is banned from Australia’s 5G networks, […] China is considering merging China Telecom and China Unicom, two of its biggest mobile-phone carriers, according to Bloomberg. A merger would leave the country’s telecommunication industry with two mega carriers, CT/Unicom unit and China Mobile, allowing both to aggressively pursue 5G technology. This allocation is prompted by an escalating competition […]