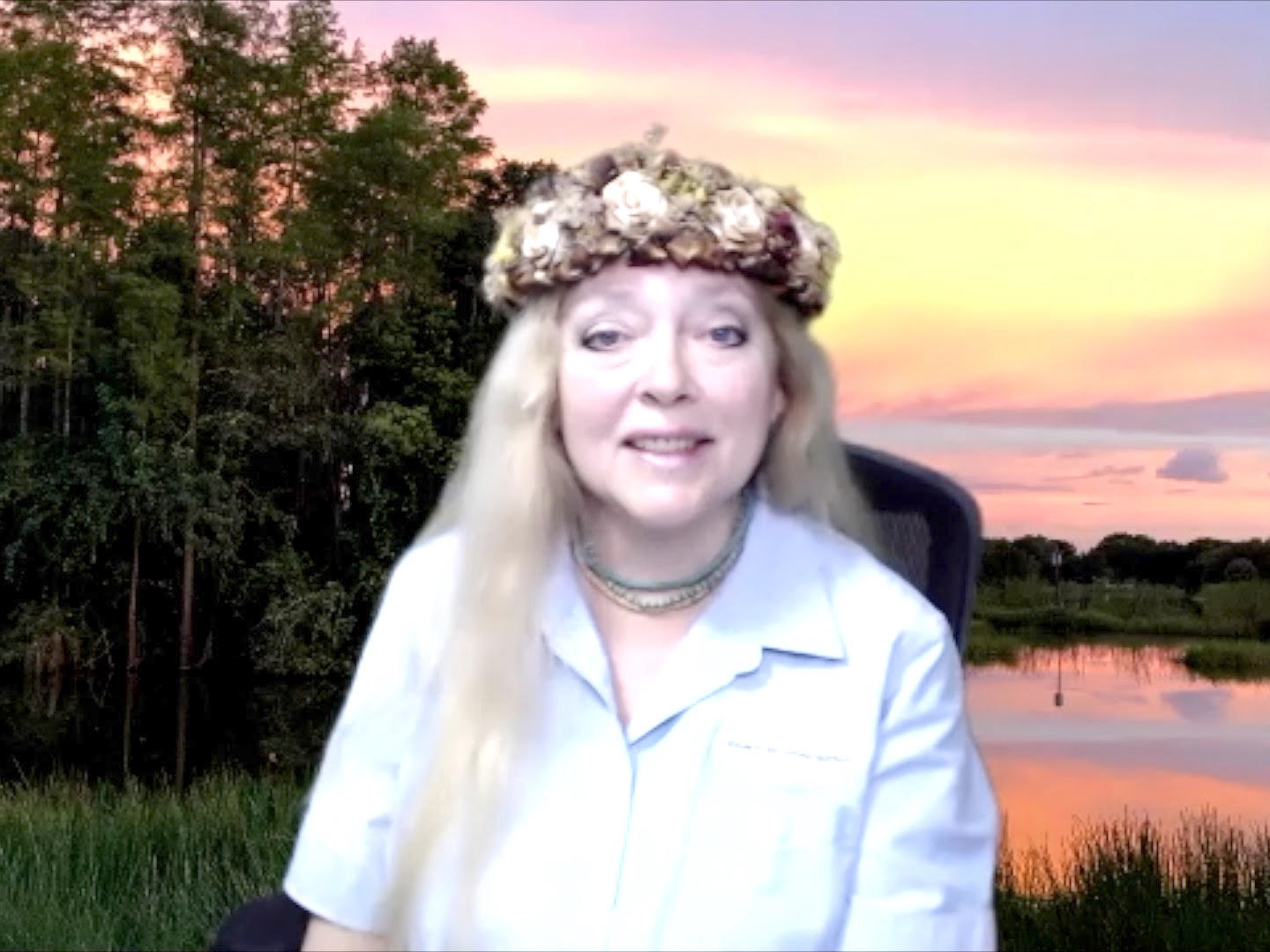 Carole Baskin has responded to being pranked by two YouTubers who pretended to interview her as Jimmy Fallon.

Josh Pieters and Archie Manners wanted to find out whether they could successfully pose as late-night hosts such as Fallon and James Corden using voice clips from old interviews.

It worked, and Baskin was among several celebrities to be fooled including Craig David. In fact, she gave them her first public interview since the binge-worthy phenomenon “Tiger King” dropped on Netflix, agreeing under the condition that she wouldn’t answer any questions about the series and would instead focus on her animal-rights work.

The pair on Sunday posted the video to their YouTube channel, where it has over a million views and counting.

She seems to have taken the prank in stride. She commented on the video saying she had her suspicions because the call sounded quite strange, and she posted what she said was an email she had sent to her husband and daughter afterward.

“Well that was weird,” she wrote. “I couldn’t see Fallon during the interview, and when they had his voice on the questions they didn’t sound like it was specific to the topic. He’d just say things they could have recorded from any other interview; like ‘What are you doing during quarantine?'”

She said she was also sceptical when “Fallon” said “miss you, buddy,” at the end of the call.

“They did stick to the questions they gave us, so I just can’t tell,” she added. “This whole thing may have been a spoof and they said they won’t broadcast till next week, and will let us know before they do, but I’m not holding my breath.” 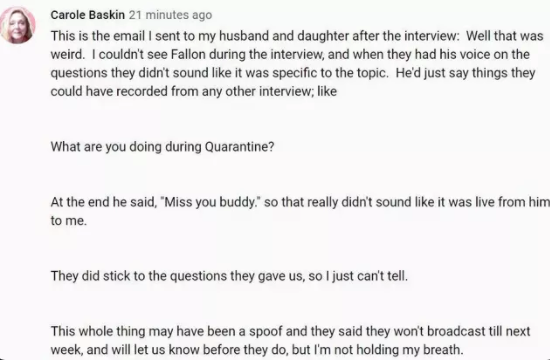 After the video went live, Baskin told news outlets that she wasn’t upset.

“I was suspicious as we were doing it because the questions appeared taped,” she told Us Weekly. “But had no idea it would turn out to be such a fun prank. It gave us a very welcome good laugh. I appreciate their cleverness and that they created their video in a way that I don’t feel was in any way mean-spirited.”

Baskin was also able to do what she does best: promote animal charities and animal welfare to millions of people watching at home.

Before the video’s Sunday release, Pieters told Insider that Baskin was a “very interesting lady” and that he was excited to share the interview with the world.

“We really did not expect it to work,” he said. “We still can’t really believe we managed to interview Carole Baskin.”

Big thanks to Carole for taking our video in the spirit it was intended; I'm glad the Big Cat Public Safety Act is still getting some publicity, even if it's not on Fallon. pic.twitter.com/NRjK4d2aNy