Carnival surges 27%, extends 2-day surge to 53%, after Saudi fund announces a stake in the company Beleaguered Carnival Corp. is rallying after Saudi Arabia announced Monday it bought a roughly 8% stake in the travel company.

Shares of Carnival surged as much as 27% shortly after the start of trading Tuesday, extending gains following a 20% jump on Monday. On Monday, Saudi Arabia’s sovereign wealth fund – called the Public Investment Fund – bought an 8.2% stock in the cruise ship giant, according to a filing.

The fund has also invested in tech unicorns such as Uber and Tesla. It manages more than $US300 billion in assets.

Carnival has been hit hard by the coronavirus pandemic, along with other cruise companies and airlines, as consumers cancel all non-essential travel to slow the spread of disease. The cruise giant closed operations on March 13, and has about 6,000 passengers currently on ships set to disembark by the end of April.

The pandemic has led to massive losses for Carnival, which will continue until the outbreak subsides. In the quarter ending February 29, the company lost $US781 million, more than double its losses in the same period a year earlier, according to a Friday filing. The company also said in the filing it does not know how much money it will lose this year amid coronavirus.

Even with Monday and Tuesday’s gains, Carnival is down roughly 77% year to date. 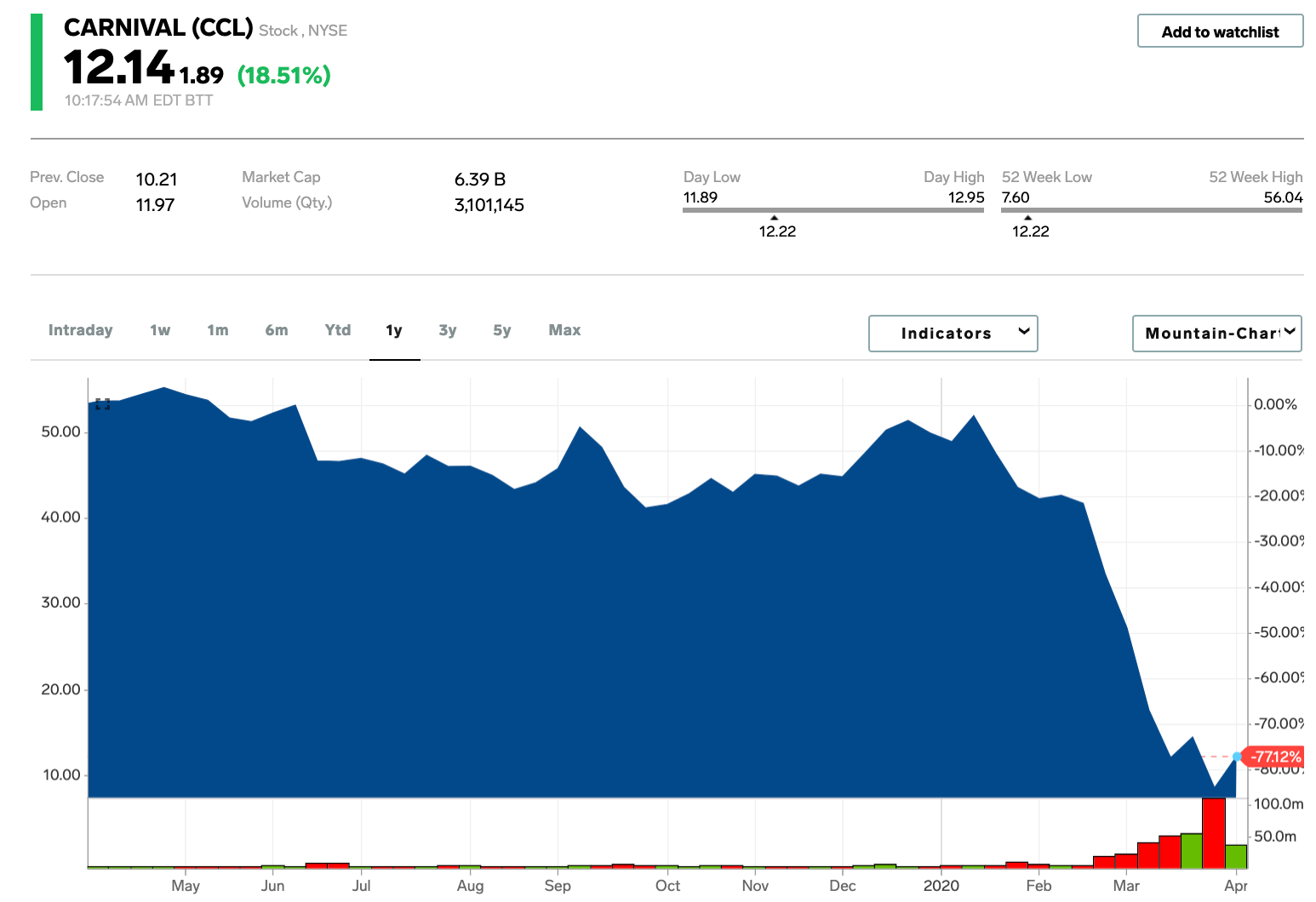