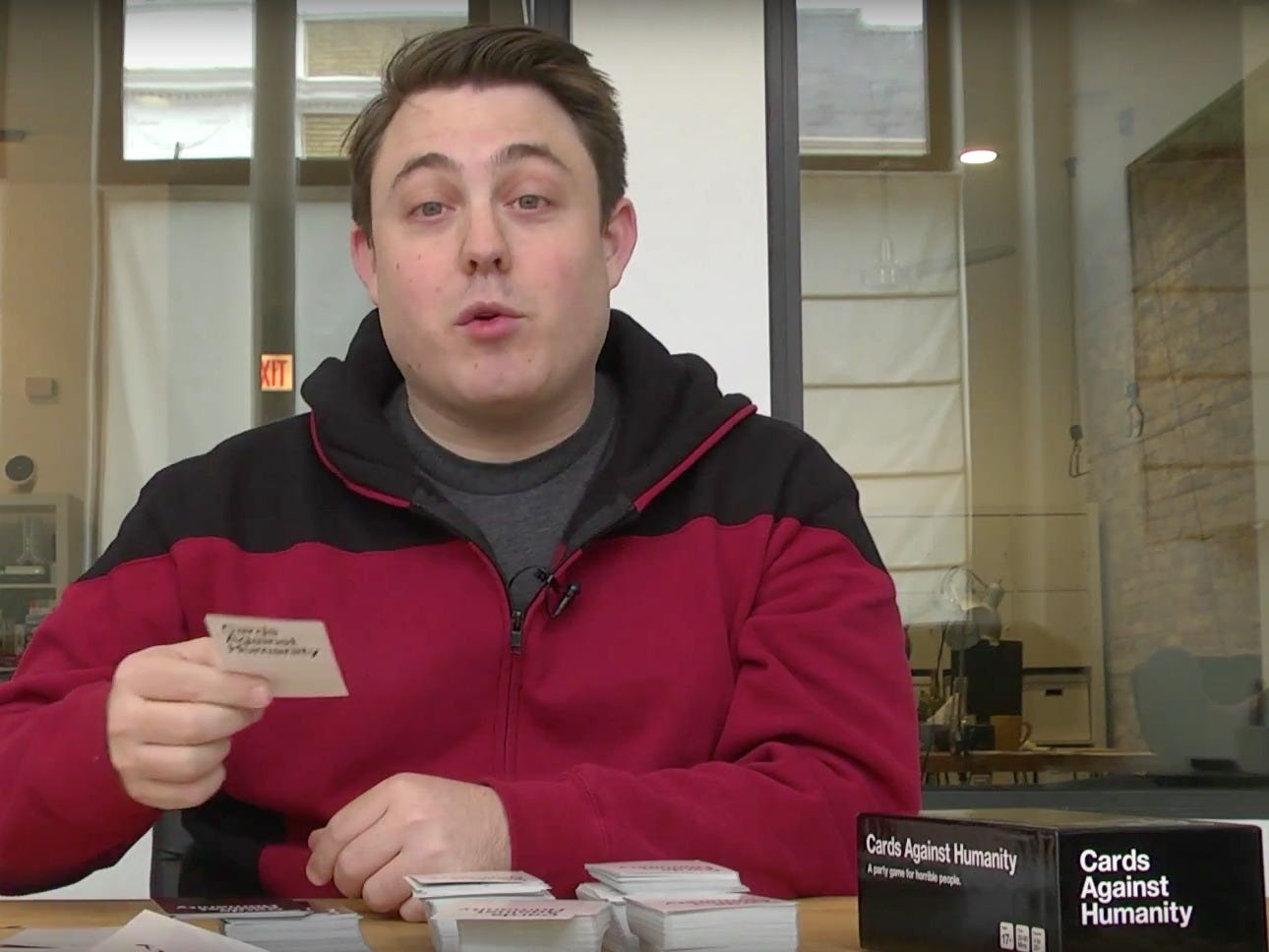 One of the cofounders of Cards Against Humanity – which boasts itself as “a game for horrible people” – has resigned from the company after several former workers alleged he fostered a toxic workplace that hurt employees of colour and the LGBTQ community.

Cards Against Humanity said in a statement Tuesday that Max Temkin, the cofounder who ran operations in the Chicago office, had stepped down from his position earlier this month. Temkin’s departure and CAH’s announcement follows weeks of former employees sharing stories on social media, and an extensive exposé Polygon published Tuesday containing even more allegations.

CAH, both as a card game and a company, has prided itself on its subversive, no-punches-held attitude. Beyond the card game, well-known as an explicit version of the game “Apples to Apples,” the company has engaged in wild, performative stunts. Black Friday, in particular, has been a day for those pranks. In 2016, people paid more than $US100,000 for CAH to dig a hole. For last year’s stunt, CAH said it would fire participating employees if they lost a card-writing competition against an AI (the writers ended up winning).

Combined with its success as multimillion-dollar company, CAH employees reportedly feared speaking up or out about problematic behaviour over fear of retaliation from leadership, Polygon reports.

More than 20 former employees told Polygon about multiple incidents where concerns and suggestions from people of colour were blatantly dismissed. Black employees were often tasked with explaining to their coworkers why certain cards were offensive, according to Polygon. In one case, head writers reportedly wanted to add a card to the game containing a racial slur toward Black people.

Additionally, former employees said CAH lacked a human resources department, a fact that became an “open joke” in the office. The company said in Tuesday’s statement had appointed a “dedicated HR contractor” in January 2019.

The CAH statement, posted to the company’s website, is lengthy. The company goes through each of Polygon’s allegations one-by-one, defending its actions in some situations and acknowledging a history of making “a lot of mistakes.”

In the Polygon piece, employees named Temkin, specifically, as a “harbinger” of the toxic culture at CAH. This isn’t the first time Temkin has faced accusations of problematic behaviour: In 2014, a woman alleged Temkin sexually assaulted her while they were both college students. At the time, Temkin responded that the allegations were “totally, patently false.”

CAH said that Temkin stepped down from his role on June 9, although he remains a one-eighth shareholder in the company.

Cards Against Humanity is only one of the companies that have recently faced allegations of purporting sexist and racist company cultures. A slew of stories have emerged from former and current employees at fitness brands like CrossFit and Adidas, tech companies such as Snapchat and Pinterest, media publishers such as Refinery29 and Bon Appétit, and dozens of other businesses.