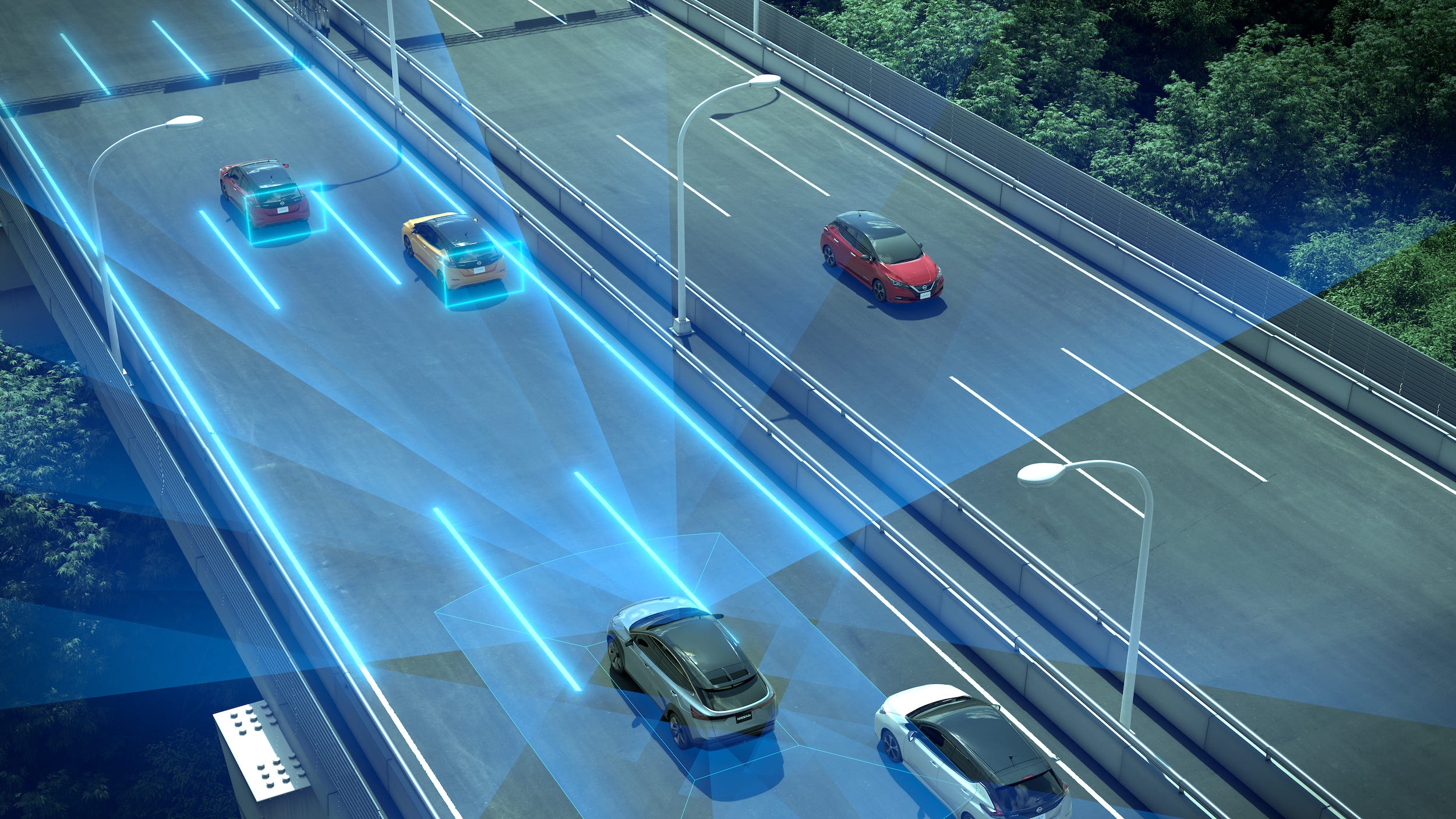 NissanThe Nissan Ariya Concept car as visualized with the next generation of its driver-assist system, ProPilot.

Today’s cars come chock-full of advanced driver-assistance systems that help drivers avoid collisions and accidents. These systems have helped make modern cars safer than ever, but on the financial side have produced a mixed bag of savings and costs for drivers. Car insurance rates are where drivers can see the most difference, depending on how much onboard tech is available.

Just taking a look at a modern car’s ADAS options can be dizzying. As one example, the 2021 Genesis GV80, a midsize luxury SUV which Business Insider just reviewed, has an extensive list of driver-assist systems, one that’s seemingly longer than luxury options on the car itself.

These lists keep getting longer as automakers realise that these safety technologies are increasingly important tools in the everlasting fight for customers.

All that tech is proven to work, too.

Swiss Re AG, which is the world’s biggest car reinsurer, and HERE, a mapping company, said last year that ADAS could potentially cut down on the frequency of car accidents by up to 25%, according to Reuters. This would reduce worldwide insurance premiums for fully ADAS-equipped cars “by $US20 billion by 2020,” they estimated.

A study by the Highway Loss Data Institute and the Insurance Institute for Highway Safety supported that trend, finding that lane-departure warning systems reduced single-vehicle, sideswipe, and head-on crashes by 11% and injury crashes of the same types by 21%. Blindspot detection systems reduced lane-change crashes by 14% and backup cameras cut down on backing crashes by 17%.

All of these things get factored in when car insurance companies determine a rate for you and your car. At a base level, these companies use algorithms to appraise the chances of a driver filing a claim and how much it will cost if they do.

“In the case of auto safety technologies, on the one hand, they lower both the likelihood and severity of a car crash,” Kacie Saxer-Taulbee, a data scientist at insurance comparison shopping website Insurify, told Business Insider.

The news isn’t all good: Those fancy sensors and systems aren’t cheap to fix. Since many of a modern car’s ADAS sensors are located in easily damaged places like bumpers, wing mirrors, and windshields, repairing even a mere fender-bender or a chipped windshield might not necessarily as simple or cheap fixes as it once was.

In 2018, I-Car, an automotive repair education non-profit, projected that a Kia K900 sedan could result in $US34,000 in repairs thanks to a “left-front corner hit” because of all the sensors and cameras located in its bumper. The industry average then was $US8,000. An AAA study from later that year found that ADAS tech could increase the price of a repair bill by $US3,000.

In particular, a windshield repair is becoming quite complicated. Certain ADAS tech puts sensors in a car’s windshield or rear window. When that happens, it’s not as simple as just fixing a chip or a crack in the glass anymore.

Instead, it can mean replacing expensive hardware and setting it up so it works again. Sometimes, a model might need a recalibration performed with a tank full of gas â€” to keep vehicle height consistent â€” or with a test drive “to very specific parameters,” according to The New York Times. Others from Mercedes-Benz and Honda might need a static and dynamic recalibration, which could add “an hour or two of testing” on top of a normal fix, just to make sure all the sensors are communicating properly.

In all, the Times ballparked a chipped or cracked windshield replacement on an ADAS-equipped car at around $US1,600.

AAA estimated an average windshield replacement to cost between $US250 to $US450.

Last year, Reuters reported that because cars are getting more and more complicated to fix, many automakers are insisting that “only parts and repairs from their authorised dealers can ensure safety.” This shuts out independent suppliers and mechanics, who usually can obtain parts and fix cars at a fraction of what a dealer would charge.

An attractive insurance discount as a tradeoff

Cars are much safer than they were just a few decades ago â€” and they’re getting steadily better. And despite more expensive and complex repairs, this tech may ultimately save money as well as lives.

“In the end, though, these features are so effective at reducing claims that insurers offer an attractive discount for any car that has them,” Saxer-Taulbee told Business Insider. “Most drivers can expect about a 2% to 3% discount per safety feature â€” or about 10% off of their premium from a typical safety package â€” which increasingly includes advanced features such as adaptive cruise control and blind-spot cameras.”

But as time goes on and insurance companies figure out how to better integrate ADAS technology into their quotes, you might be able to expect an even bigger discount.

“Since ADAS is still so new, many providers have not fully figured out how their efficacy varies across different auto manufacturers, drivers, and real-world driving scenarios,” Saxer-Taulbee said. Once they do, they will be able to more accurately price driver’s discounts (or lack thereof if safety features fail to live up to their hype).”