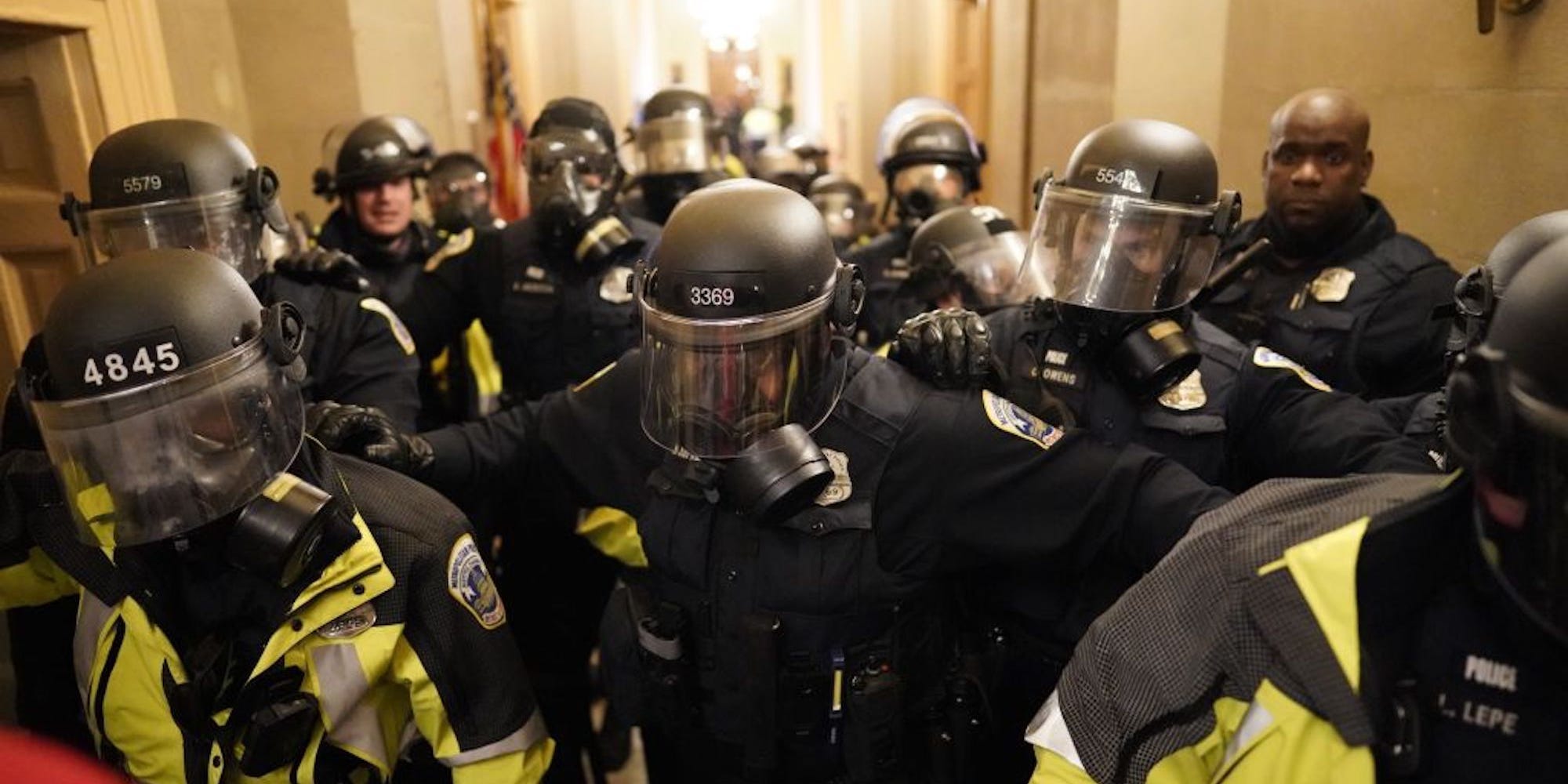 Officers on the US Capitol Police force issued a no-confidence vote against several top leaders following the January 6 riot at the Capitol by a pro-Trump mob that led to dozens of officer injuries and the death of one officer, CNN reported.

According to the report, no-confidence votes of varying totals cast by members of the Capitol Police union were issued against acting Chief Yoganada Pittman, two assistant chiefs, three deputy chiefs, and a captain in the division that staffs the Capitol building following ongoing turmoil at the police agency.

Pittman assumed the role of acting chief after former Chief Steven Sund resigned following the siege, after lawmakers, and namely, House Speaker Nancy Pelosi, a Democrat from California, called for his resignation. The Sergeants-at-Arms for the US House and Senate also resigned after the attack.

ICE has no plan to vaccinate 13,860 immigrants in its custody against COVID-19. Here’s how one of the US’s most at-risk groups is falling through the cracks.

“It’s been just over one month since one of our nation’s darkest days, and the trauma is still incredibly raw and difficult for the many officers who fought heroically on the 6th,” Pittman said in a statement to CNN. “Since being sworn in on January 8th, my executive team and I have made the well-being of our officers our top priority. While progress has been made, more work remains. And I am committed to ensuring every officer gets what they need and deserve.”

The no-confidence vote took place over a 24-hour period Thursday to allow rank-and-file members of the Capitol Police force to vote while they were working during three shifts, according to the CNN report.

The vote follows the deadly January 6 rally at the US Capitol where a pro-Trump mob left a speech given by former President Donald Trump and headed to the Capitol, storming past and overpowering police officers while lawmakers met inside.

The insurrection is the subject of the second impeachment of the former president.

Additionally, according to an NPR report, at least 38 Capitol Police officers tested positive for COVID-19 in the weeks following the siege. Dozens of officers sustained injuries, according to multiple reports.