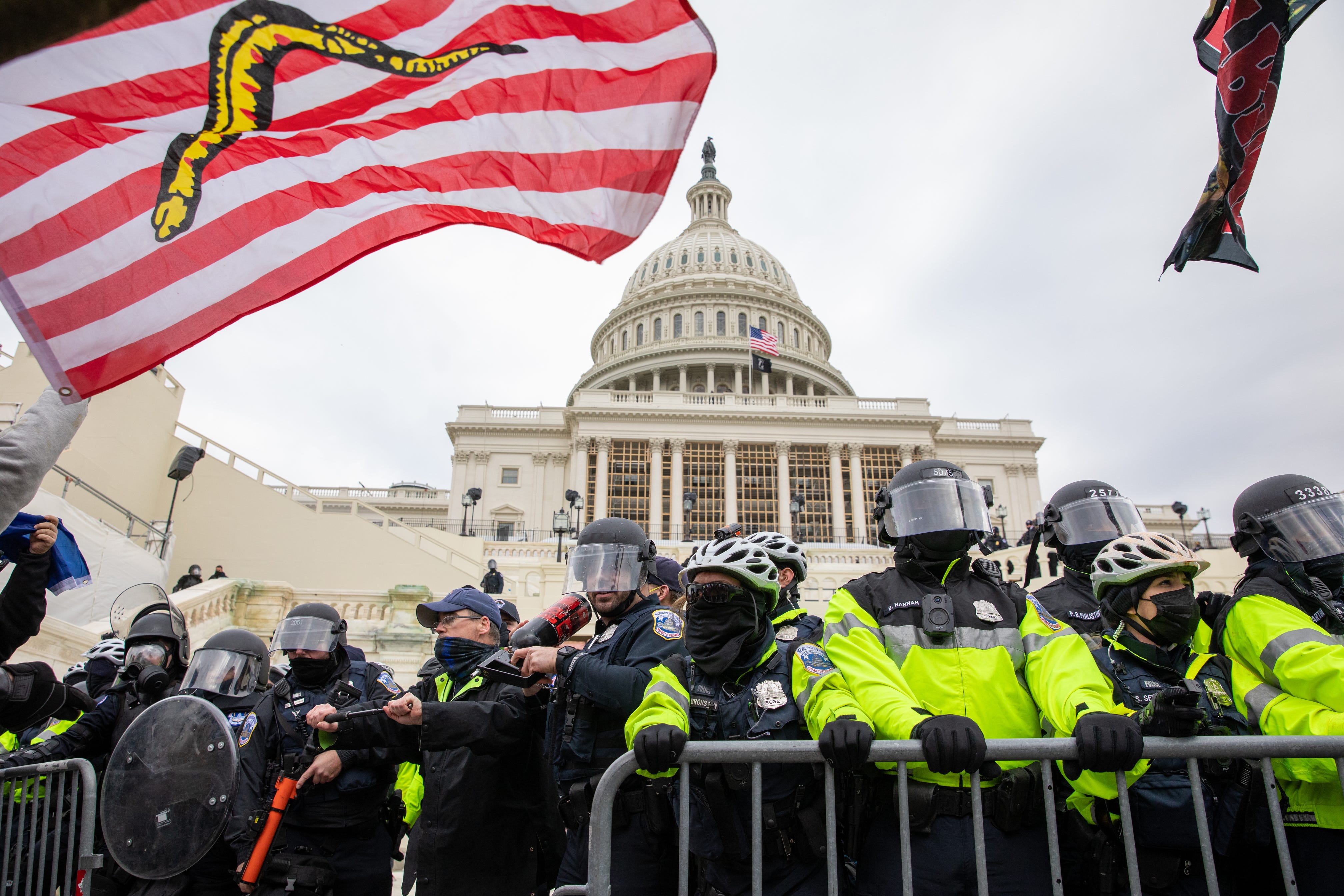 Amanda Andrade-Rhoades/For The Washington Post via Getty ImagesPro-Trump rioters clash with police during the tally of electoral votes that that would certify Joe Biden as the winner of the presidential election outside the US Capitol on Wednesday, January 6, 2021.

A House Democrat announced his plan to introduce a bill this week calling for US Capitol Police officers to wear body cameras while on the job following last week’s insurrection, The Hill reported.

“For the safety of our Capitol Police officers, the public, and everyone who works in the Capitol complex, it’s imperative that officers utilise body-worn cameras while on duty. Last week’s armed insurrection against our government and breach of the United States Capitol building stunned the world, and we have a lot to learn about what went wrong,” Rep. Greg Stanton of Arizona said in a statement on Monday.

Stanton said body camera footage could’ve contributed to the investigation in identifying the suspects involved in the riot.

“But I’m certain that the investigationâ€”and the process to hold those responsible to accountâ€”would be much more thorough if aided by footage from body cameras,” the statement said.

Last week, pro-Trump supporters stormed and breached the US Capitol building while Congress was certifying election results, forcing lawmakers to go on lockdown and evacuate the chamber.

The attack came following President Donald Trump’s false claims that he won the election over President-elect Joe Biden â€” who Congress ultimately certified as the winner when members reconvened after the insurrection.

As Insider reported, a few Capitol officers were suspended and more are under investigation for their actions during the siege as some were caught on camera taking selfies with rioters.