Sometimes it can feel downright unavoidable: Californians now have to read cancer warnings as they sip their morning coffees, and the World Health Organisation International Agency for Research on Cancer keeps a running tally of things that definitely cause cancer, seem to cause cancer, and might cause cancer.

All cancer is a result of damage or genetic mutations in our DNA. It fundamentally affects the way cells grow and divide, changing them in perverse ways. Those toxic, rapidly multiplying cells then grow into unruly tumours, and can spread far and wide through the body.

Some cases of cancer are out of our control, determined by genetic defects and predispositions passed down from one generation to the next, or spurred by genetic changes we undergo through our lifetime.

Products like cigarettes are clear cancer-causers, while other consumables like grilled meats may up your chances of getting cancer by just a tiny fraction. Coffee has recently been vilified in California because it contains a cancer-causing chemical called acrylamide, but a growing body of research suggests that a daily dose of brew may do your body more good than harm.

The truth is, just about every compound out there could possibly, maybe, one day contribute to cancer. Still, there are some products that scientists are starting to sense we should monitor more closely.

Here’s what we know.

Going on birth control is a mixed bag when it comes to cancer.

While it may increase a woman’s risk for developing breast and cervical cancers, studies suggest it might also lower the chances of developing endometrial, ovarian, or colorectal cancers.

Scientists now know that eating too much sweet stuff can not only lead to diabetes, it can also actively damage your cells and up your odds of developing cancer.

New research suggests that sugar may fuel tumour growth in the body, because cancer loves to use sugar as fuel.

“The hyperactive sugar consumption of cancerous cells leads to a vicious cycle of continued stimulation of cancer development and growth” Belgian molecular biologist Johan Thevelein said when his latest study was released in 2017. Scientists say the groundbreaking research gives us a better understanding of how sugar and cancer interact, and could one day help create targeted diet strategies for patients.

Plastics can be dangerous, especially when they leach chemicals out through scratches or cracks in a container.

BPA is a synthetic estrogen that’s been used in many plastics and resins since the 1960s. And it’s a known endocrine disruptor, which means it messes with the natural balance of hormones in our bodies. BPA resins can be used inside products like metal food cans as sealants, while polycarbonate BPA plastics can include water bottles and food storage containers. BPA even shows up on the shiny side of receipt paper, to stabilise the ink.

While many plastic manufacturers have started labelling their products as “BPA-free,” there’s still a lot of the breast and prostate cancer-causing stuff around.

Any food that comes in a crinkly plastic wrapper, is industrially sealed, and built to last for months without spoiling may be a quick fix for a hunger pang on-the-go, but it’s also likely upping your risk for cancer.

Scientists in France recently zeroed in on a link between people who eat more processed foods, and those who develop more cancer.

They’re not sure yet whether it’s the shelf-stabilizing ingredients in the food that’s the problem, the plastic packaging, or some combination of the two. And because their study was correlative, it’s possible there’s some other hidden factor at work.

Even though the tobacco industry tried to cover this one up, we’ve known for years that tobacco smoke has at least 70 cancer-causing chemicals inside. And it’s not just smokers who are affected: people who inhale secondhand smoke can develop deadly forms of cancer too.

The Centres for Disease Control and Prevention says“nonsmokers who are exposed to secondhand smoke at home or at work increase their risk of developing lung cancer by 20-30%.”

People who chew their tobacco are at increased risk, too.

Smoky meats from the grill may be tender and tasty, but they probably also increase your risk of cancer. That’s because the muscle meats contain compounds called Heterocyclic amines (HCAs) and polycyclic aromatic hydrocarbons (PAHs).

According to the National Cancer Institute, when meats like beef, poultry, or fish are cooked over a hot open flame or pan fried at high temperatures, the fat and juices they release into the fire spark flames with the dangerous chemicals inside that then cook into the meat we eat.

They’re not positive these cause cancer, but in lab tests, they change DNA in ways that might increase cancer risk.

Regular, heavy alcohol consumption can up your risk of developing several different kinds of cancer, including throat, liver, breast and colon cancer.

According to the National Cancer Institute, “the risk of developing cancer increases with the amount of alcohol a person drinks.”

Salt-cured fish, which is popular in China, is high in nitrates and nitrites – known carcinogens in animals that may also cause cancer in humans. The chemical compounds can damage DNA, spurring head and neck cancer.

According to Cancer Research UK, “People from China, or with Chinese ancestry living in the UK, have higher rates of nasopharyngeal cancer than other ethnic groups. This might be due to their diet.”

Eating lots of pickled foods can also up your risk for stomach cancer.

That’s because the meat has been treated in some way to preserve or flavour it,using techniques like salting, curing, fermenting, or smoking.

The WHO also thinks that any kind of red meat at all may be linked to increased risk of cancers like colorectal cancer, but they can’t say that for certain yet.

Acrylamide, which is produced in small amounts when some foods are cooked and browned.

Similar to the way that cooking meat over an open flame can increase cancer risk, the browning of certain foods when cooked at high temperatures produces a chemical compound called acrylamide.

This happens naturally when foods like bread, coffee beans, toasted marshmallows or cookies are baked, in a process called the Maillard reaction.

But the dose of acrylamide in a toasty cup of coffee or a chewy cookie are probably not going to kill you; it’s dangerous when inhaled in large doses (and it is one of the toxic chemicals smokers suck in), but we don’t have solid evidence yet that a little browning is harmful.

California mandated in May that coffee sellers warn their customers about the possible cancer risks of drinking in roasty acrylamide-laden coffee, even though the bulk of available scientific evidence suggests that drinking coffee is actually pretty good for your health, and may even help your heart. The California Office of Environmental Health Hazard Assessment is now challenging the state law, arguing there’s not enough evidence that coffee causes cancer.

A 2018 review of studies of more than 330,000 people found that coffee can help steady the heartbeats of people recovering from heart attacks, as well as patients with irregular heartbeat problems (arrhythmias).

The researchers did note that drinking a huge amount of coffee, like nine or ten cups a day, might cause you some heart problems, but anything less than six seemed to be fine.

According to the Skin Cancer Foundation, people who use a tanning bed before age 35 up their risk of developing melanoma by 75%.

Regular sun can hurt you too, so wearing protective clothing, sunscreen, and finding shade are all good ideas if you’re going to be out in the sunshine for more than 15 minutes. 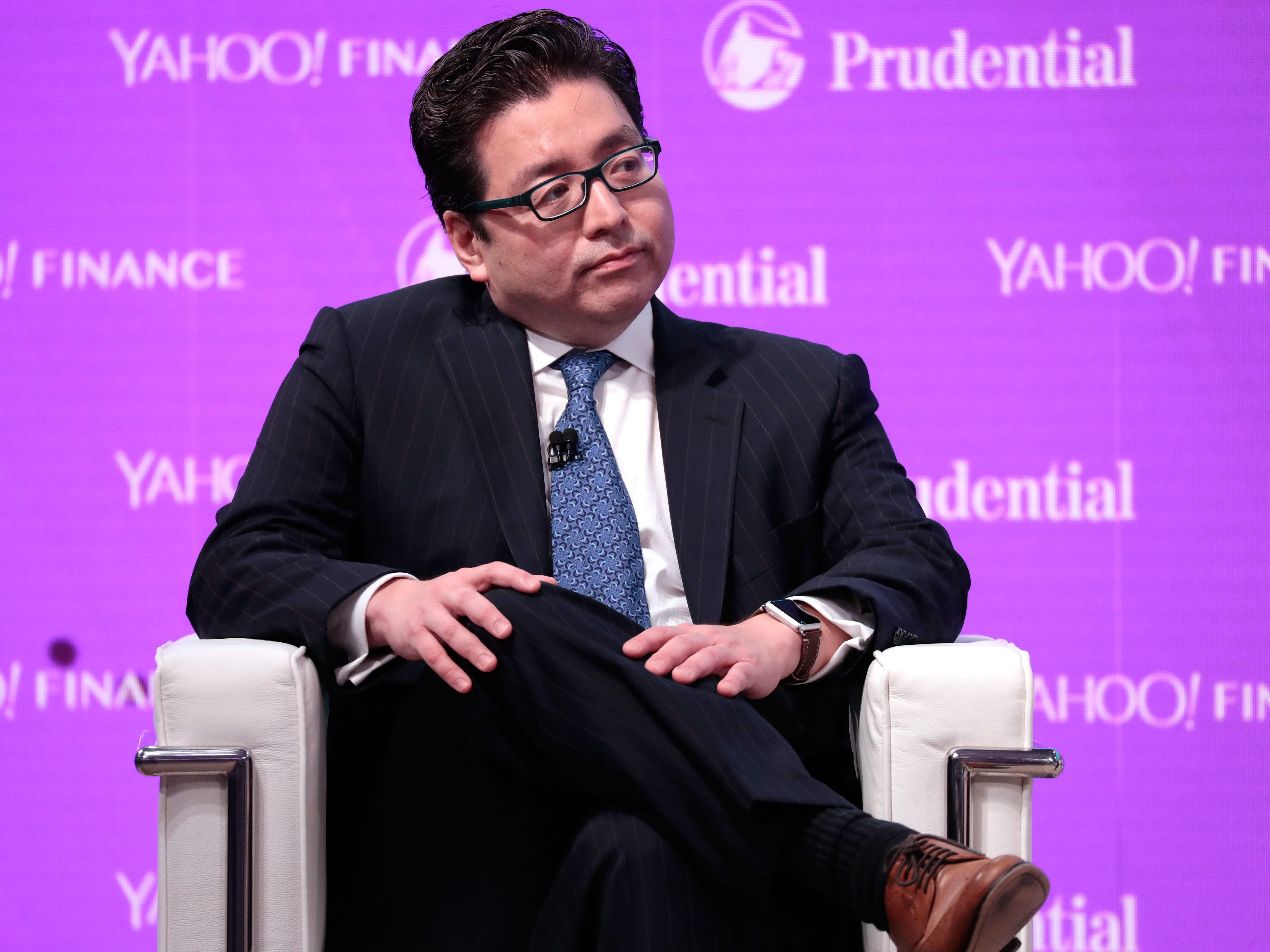