Asbestos, a toxic mineral linked to cancer, was found in eye shadow and a children's makeup kit 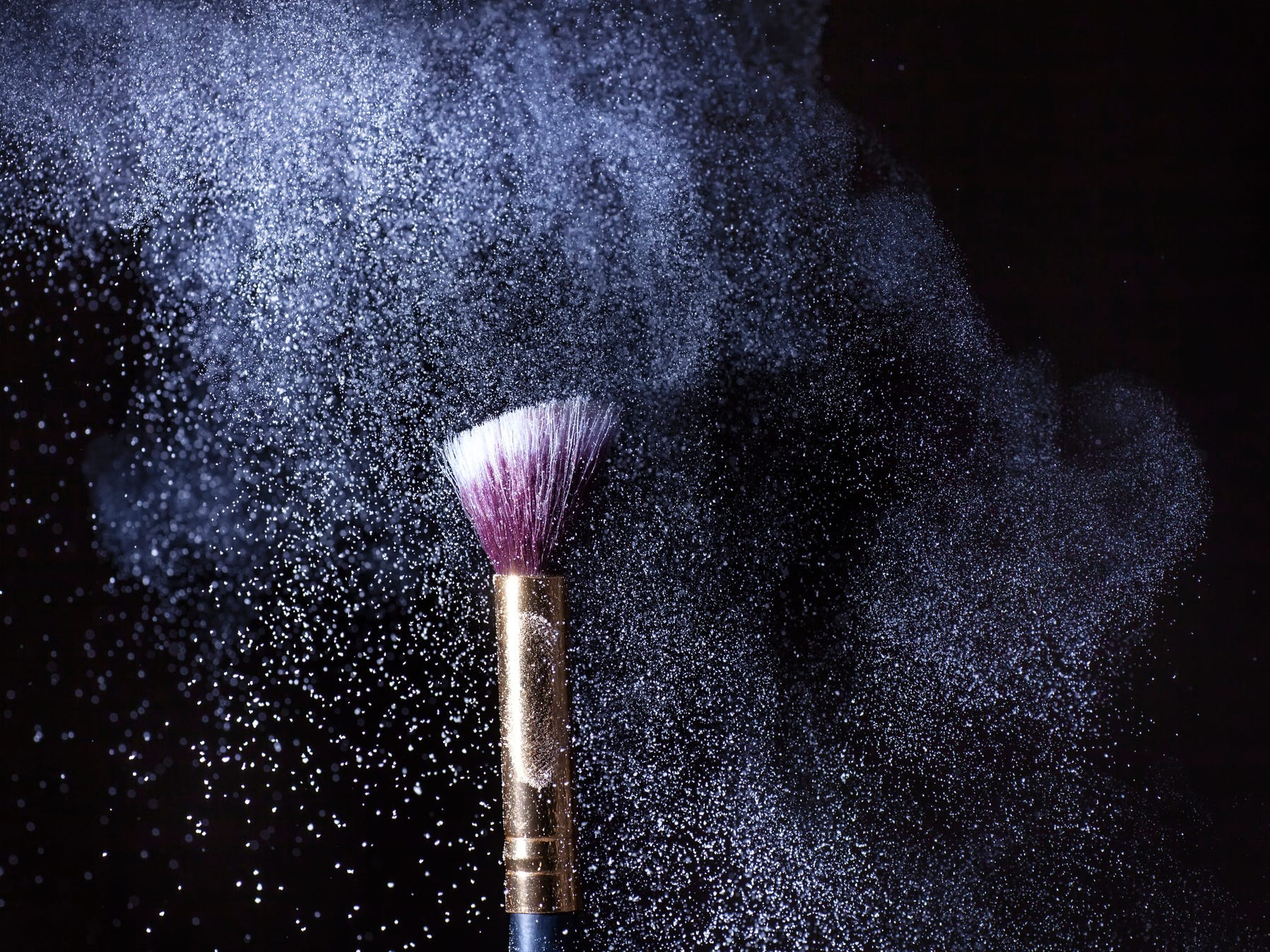 Common cosmetics, particularly in powder form, could contain dangerous levels of a mineral linked to cancer, lung disease, and other health issues.

In an analysis published last month in Environmental Health Insights, researchers found one in seven cosmetics that contained the benign mineral talc also had a measurable amount of asbestos.

The researchers from the Environmental Working Group, a nonprofit research and advocacy organisation, analysed samples of 21 cosmetic products made from talc, including eye shadow, face and body powder, and children’s makeup kits.

They found that three of the 21 samples â€” two eye-shadow palettes and a toy makeup kit â€” contained asbestos, a fibrous mineral linked to serious health risks including cancer and lung disease.

While the sample size was relatively small, the findings are consistent with other research on cosmetics done by the Food and Drug Administration. They could also have major consequences for public health, since there is no safe level of asbestos exposure, said Nneka Leiba, the vice president of healthy living science for the Environmental Working Group and one of the authors of the analysis.

“I think people should be quite concerned. One in seven is no small number â€” I use more than seven personal-care products,” Leiba told Insider. “I definitely took a hard look at my products after we did this study.”

Powder-based cosmetics can provide a pathway for asbestos exposure in the lungs as the powder disperses in the air. “If you visualise putting on a face powder, there’s a lot of inhalable particles that can get into the lungs,” Leiba said.

One of the products found to contain asbestos was also marketed toward children, who may be especially at risk of these health consequences, since their lungs and other organs are still developing.

Extensive research has linked asbestos exposure to scarring of the lungs and thickening of the lung tissue, which can cause difficulty breathing and impaired lung function, according to the Centres for Disease Control and Prevention.

The mineral is also associated with a higher risk of multiple types of cancer, including lung cancer, and a rare type of tumour known as mesothelioma, which can affect the lungs, heart, and other organs.

There’s good evidence that documented cases of these illnesses are directly linked to the use of contaminated cosmetics, according to Dr. Ron Gordon, a research pathologist at Mount Sinai Hospital who has published studies on the health risks of products containing asbestos.

“I do believe it’s a critical issue. I’m not saying everyone gets cancer, I’m not saying cosmetics are the cause of every tumour, but I do think it’s a cause,” Gordon told Insider. “Most of these people I’ve looked at have had no other potential exposures.”

Contamination can be a problem for talc products because of how the mineral is produced. It’s most commonly obtained from mining, but the same rocks from which talc is derived often contain asbestos. That makes it easy for the minerals to mix during production, potentially causing dangerous contamination.

That’s a difficult problem to fix. What groups like the Environmental Working Group are pushing for, though, is a better screening system to prevent the asbestos-laced product from getting to people.

Companies that use talc aren’t required to test it for asbestos or warn of possible contamination. And if products are found to contain asbestos, the FDA lacks the authority to mandate a recall, though companies can do so voluntarily (and sometimes have).

“There is no possible way for anyone to know unless the company is doing routine testing. And no company is going to use an ingredient label that says ‘talc with a touch of asbestos,'” Leiba said.

For this reason, public-health experts and consumer advocates are pushing for stricter legislation that would include uniform testing requirements and more transparent labelling.

Until then, Gordon and Leiba recommended avoiding talc-based cosmetics whenever possible or purchasing from companies that have rigorous and well-documented testing practices. Most of the items included in the analysis had talc-free versions available, which could be a safer alternative.

“I would 100% recommend that people stop using products with talc,” Leiba said.