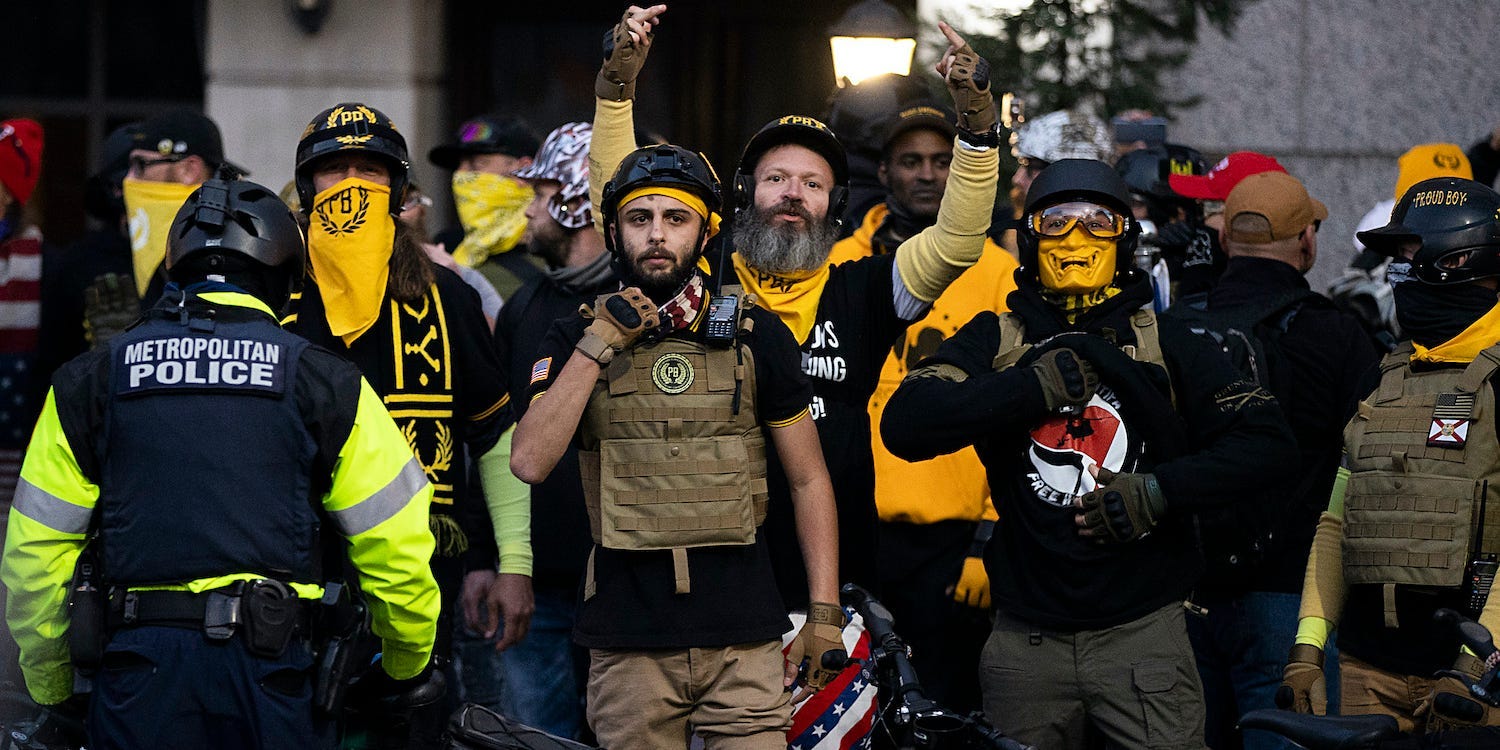 Canada’s parliament has passed a motion calling for its government to designate the Proud Boys, the far-right US group, as a “terrorist entity.”

Lawmakers in the Canadian House of Commons on Monday approved a non-binding motion calling on Justin Trudeau’s government to “use all available tools to address the proliferation of white supremacists and hate groups, starting with the immediate designating of Proud Boys as a terrorist entity,” Canada’s CTV News reported.

By unanimous consent, the #HoC adopted a motion regarding the proliferation of white supremacist and hate groups and the designation of the Proud Boys as a terrorist entity.

Canada’s government has not indicated whether it will designate the group as a terrorist organisation but officials have said they are collecting information about it in a bid to counter domestic extremism, CTV reported.

It comes amid growing concern about the group, which played a prominent role in the Capitol riot in Washington, DC, on January 6, with President Joe Biden also pledging in his inaugural address to “defeat” the threat of “political extremism, white supremacy, [and] domestic terrorism.”

The Proud Boys, which were founded by Canadian Gavin McInnes, are known for their anti-Muslim and misogynistic rhetoric.

They have been designated as a “hate group” by civil rights organisation the Southern Poverty Law Centre, and have frequently appeared alongside other hate groups at extremist gatherings including the “Unite the Right” rally in Charlottesville, and the FBI in 2018 formally declared the Proud Boys an “extremist group with ties to white nationalism.”

The group was vocally supportive of President Donald Trump during his term, and Trump famously declined to condemn them when President Joe Biden invited him to during a presidential TV debate in September. Trump instead told Proud Boys to “stand back and stand by.”

Numerous Proud Boys also participated in the Capitol riot in Washington, DC, on January 6 in support of attempts to overturn the US election in favour of Donald Trump. At least five of them have since been arrested, the New York Times reported.