Canada named Proud Boys a terrorist organisation, but the US government doesn't have a pathway to do the same 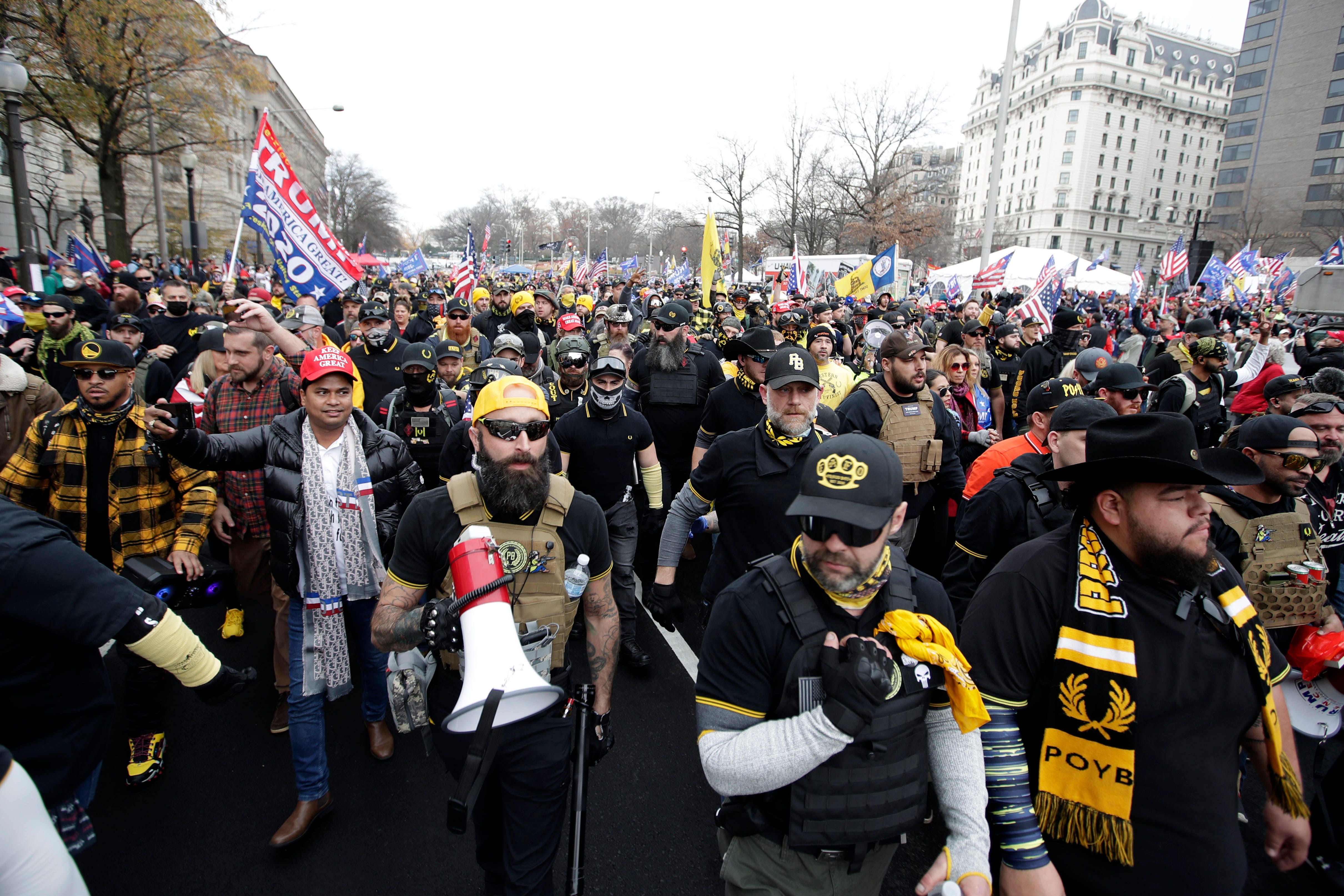 “The listing of an entity sends a signal that Canada will not tolerate violent extremism. A listing also carries significant consequences, and enables the application of measures set out in the Criminal Code to deter terrorist activity both inside Canada and abroad,” Blair tweeted.

News that the government would take the step to label the Proud Boys a terror group broke in January.

“As Minister Blair has said, we strongly denounce ‘ideologically motivated extremists including groups like the Proud Boys, white supremacists, anti-Semitics, Islamophobic and misogynist groups,'” Mary-Liz Power, a spokesperson for Public Safety Minister Bill Blair, said at the time. “Intolerance and hate have no place in our society.”

The international all-male and mostly right-wing organisation joins a list of other terrorist groups that includes the Taliban, Al Qaeda, Boko Haram, and the Islamic State.

The extremist groups Russian Imperial Movement, The Base, and Attomwaffen Division were also listed this year.

The Canadian government’s move follows the extremist violence that broke out last month at the March for Trump, which devolved into historic chaos.

Five people, including four demonstrators and a police officer, died amid the violence at the Capitol. Nearly 60 law-enforcement officers were injured.

Another police officer who responded to the violence died by suicide days later.

Proud Boys â€” an organisation that recruits members primarily online â€” operates under the belief that western culture, particularly that of straight men, is under attack by a culture of political correctness.

The Southern Poverty Law Centre has designated the Proud Boys as a hate group.


The group supports more guns, less government, and closed borders, and seeks to “venerate the housewife.”

Its members are known for instigating and participating in street fights with left-wing protesters, and several of its members were among the Trump fanatics who breached the Capitol building on Jan. 6.

A judge banned the group’s president, Enrique Tarrio, from Washington, DC, days before the January 6 rally. The ban was in response to his arrest on charges that he burned a Black Lives Matter banner at a historic Black church during a December Trump rally in the nation’s capital.

During the siege on January 6, Tarrio told Insider in a phone interview he was at a hotel in Maryland. Insider could not confirm his location, but there was no background noise at the time of the call.

Other Proud Boys members were among those at the Capitol.

“They have much bigger problems than a group of drunks,” Tarrio told Insider in a text. “Jagmeet Singh and the NDP have turned Canada into a [third] world s—hole.” 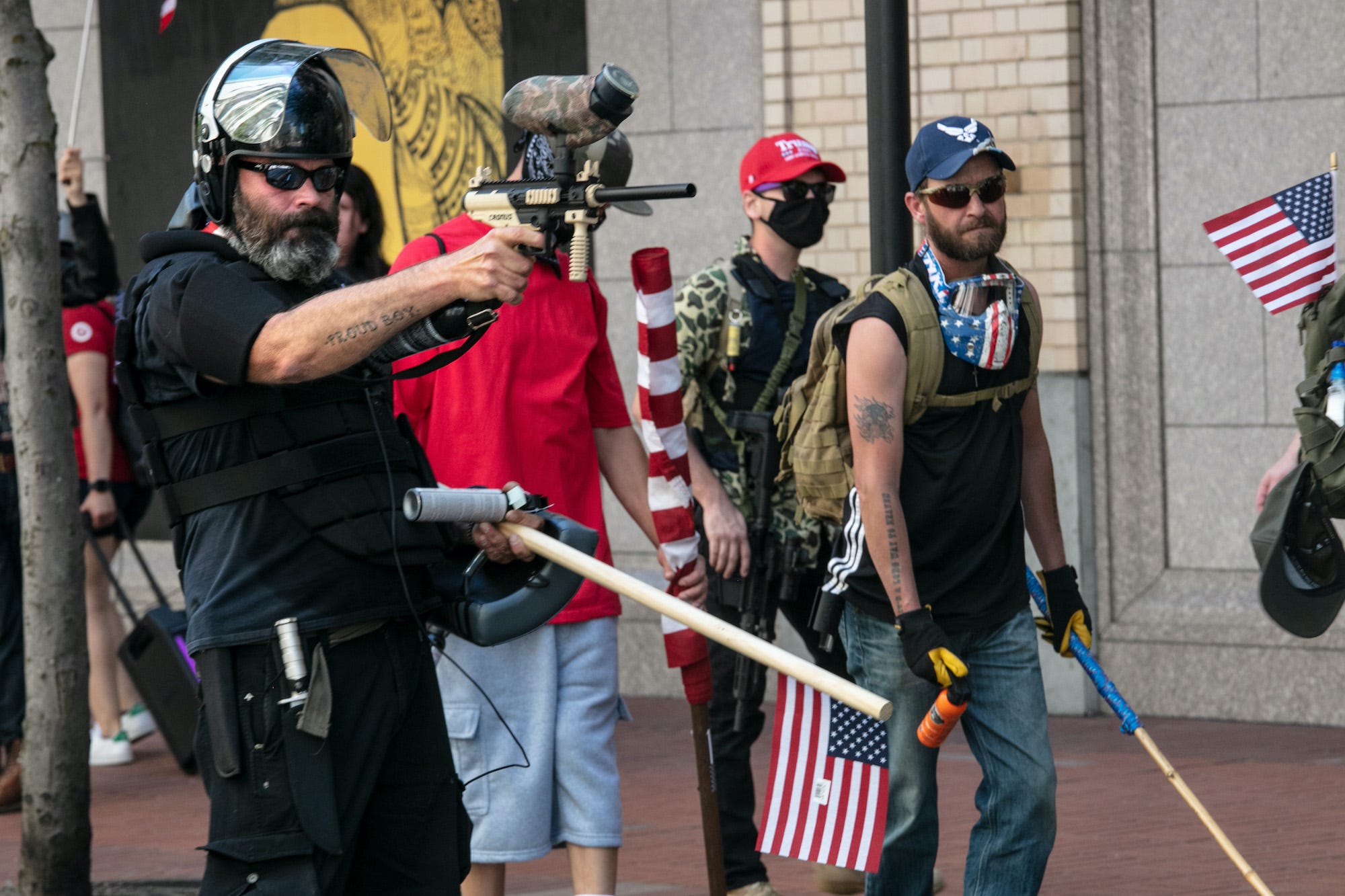 The FBI told Insider that it cannot designate domestic terrorist groups, and membership in groups that have domestic extremist ideology is not illegal on its own.

“When it comes to domestic terrorism, our investigations focus solely on the criminal activity of individualsâ€”regardless of group membershipâ€”that appears to be intended to intimidate or coerce the civilian population or influence the policy of the government by intimidation or coercion,” an FBI spokesperson told Insider.

“It’s important to note that membership in groups which espouse domestic extremist ideology is not illegal in and of itselfâ€”no matter how offensive their views might be to the majority of society. Membership in a group is not a sufficient basis for an investigation.”

The US government, through the Secretary of State’s office, can designate certain foreign organisations as terrorist groups, but there is no pathway to do the same for domestic terror organisations, a DOJ spokesman told Insider.

Verena Erlenbusch-Anderson, an associate professor of philosophy and political science at Syracuse University who researches the genealogy and language of terrorism, told Insider the history of US agencies confronting foreign terrorism can explain the differences in classifying domestic groups.

“In some way that’s not surprising. Because I think that for the past 40 years, especially for the last 20 years, the word terrorism has been really tightly tied to foreign violence, foreign extremism,” Erlenbusch-Anderson told Insider. “So the fact that there is a pathway to associate foreign groups, like Al Qaeda and ISIS, with terrorism, but not domestic groups, is in line with that logic.”

Erlenbusch-Anderson said there is an argument that US law enforcement already has measures in place to combat the violence associated with domestic terrorism and they don’t necessarily require anti-terrorism legislation.

Still, she said, as the country moves forward from the Capitol siege, it’s important that Americans understand the roll that terrorism on home soil has played in the building of America.

“US citizens have routinely resorted to terrorism in pursuit of their political goals,” she said. “Until we confront that this is indeed who we are, we will not only continue to face mob violence and the corrosion of law, government, and our moral character, but also threats to national security, civil rights, democratic institutions, and global peace posed by a political system built on the idea of white superiority and the often-violent exclusion of groups perceived as threats to this system.”