Can you sweat out a cold? No, it could actually make you more sick 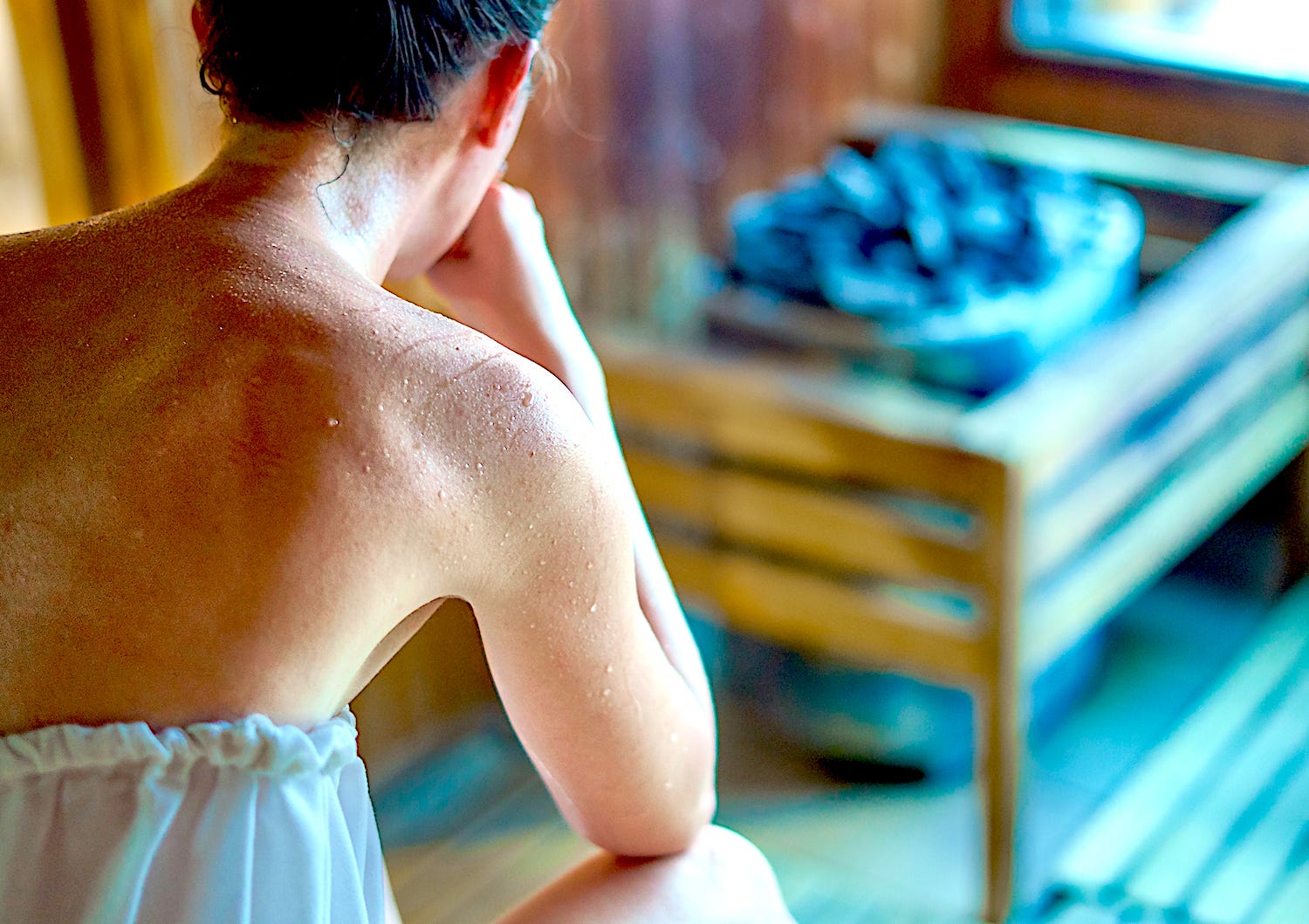 Adelaides/ShutterstockSitting in a steamy room can help easy congestion from a cold.

There are plenty of ways to get over a cold. Eat the right foods. Get plenty of rest. And stay hydrated. But there are other cold “remedies” you might come across that aren’t as helpful. One is “sweating out a cold.” Here’s what you need to know about why sweating out a cold is a bad idea.

Why you can’t sweat out a cold

The biggest concern with trying to sweat out a cold is that you’re losing fluids and electrolytes, which can dehydrate you and is the opposite of what you need. “When you’re sick, one of the most important things is to stay hydrated,” says Joshua Septimus, an associate professor of clinical medicine at the Houston Methodist Research Institute.

So, why is this idea so common if it’s obviously bad for you? The idea may have something to do with a 2015 study published in the Proceedings of the National Academy of Sciences involving mice reported that the common viral strain for the cold, called rhinovirus, thrived most in temperatures below 98.6 degrees Fahrenheit. So the theory was that increasing your body temperature beyond that (ie. sweating) would prevent the virus from thriving.

But Septimus says there’s no data showing that increased body temperature helps fight a cold, and, we are not mice. In fact, we want to minimise fluid loss from sweating, which is one of the reasons why doctors recommend acetaminophen when you have a fever.

When sweating can help

Sweating might not get rid of a cold, but there are activities related to sweating that can help you fend off a cold or relieve symptoms. For example, exercise.

A study published in 2015 in Progress in Molecular Biology and Translational Science suggested that immune-boosting effects from moderate exercise could help prevent colds. But the study also suggested that too much exercise had the opposite effect.

Exercise can also help decrease nasal congestion for a short time. The key thing to remember, Septimus says, is to listen to your body. If symptoms are mild and there is no fever,aches, or serious fatigue, exercise could be beneficial.

But rest when you need it. Fever, aches, and feeling weak are signs of distress and exercise could further tax your immune system. This could possibly cause the worst part of a cold to last longer than its typical three to five days, Septimus says.

Sitting in a hot, steamy room – like your bathroom with the door closed and a hot shower going – can also help. You’ll probably start to sweat from the heat and humidity, but it’s not the sweat that’s important – it’s the steam. Breathing it in can temporarily relieve your congestion.

Related stories about the common cold: