Yes, you can get pregnant without having penetrative sex — but it's extremely rare 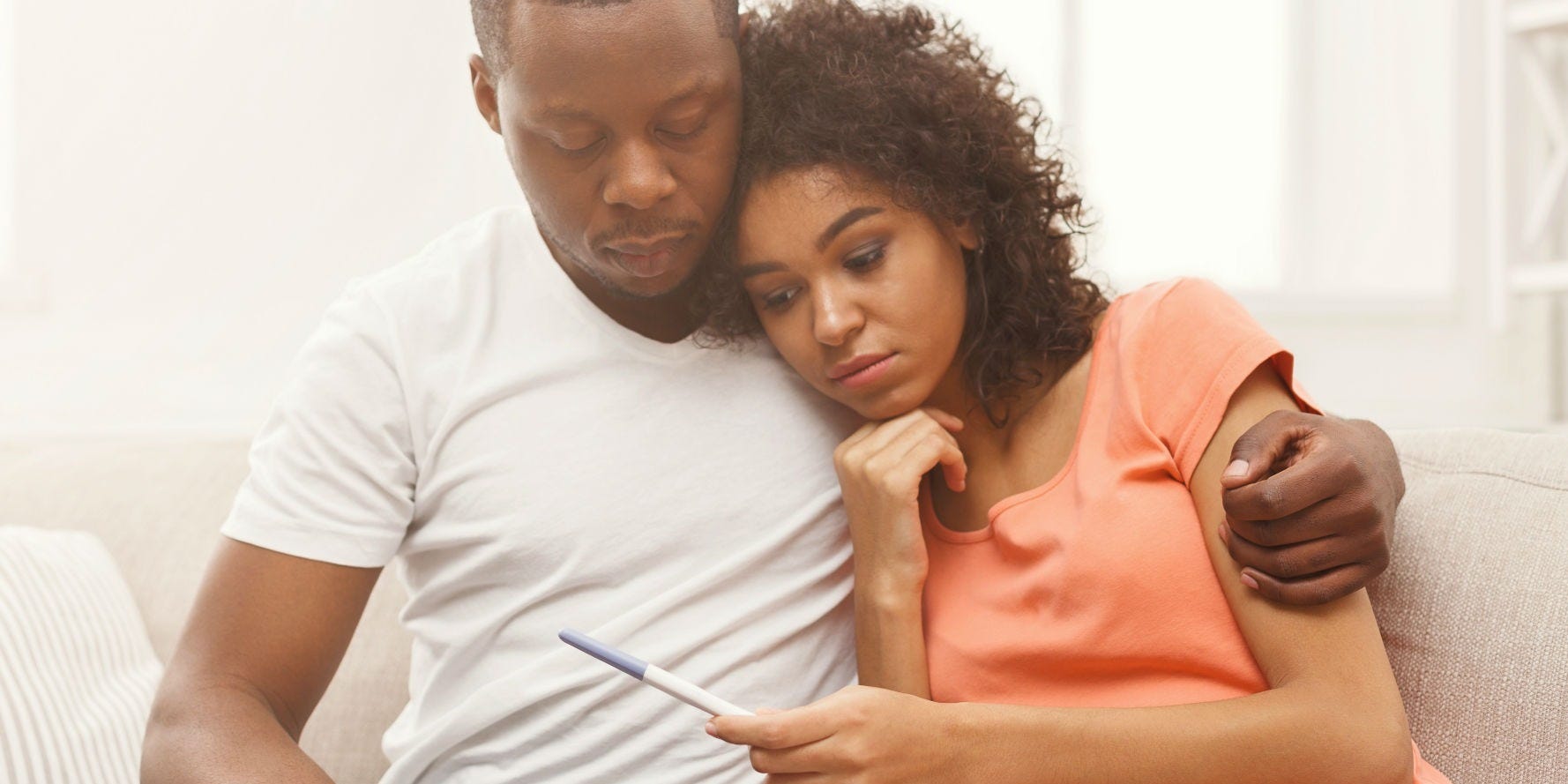 Prostock-studio / ShutterstockPregnancy can theoretically happen whenever a sperm and mature egg come into contact, not just during sexual intercourse.

Penetrative sex is the most likely cause of pregnancy, but it’s not the only one.

“I know of no cases of this happening, but theoretically, it is possible for pregnancy to occur without penetrative sexual intercourse,” says Felice Gersh, MD, an OB/GYN and founder of the Integrative Medical Group of Irvine. “For that to occur, viable sperm must reach the egg. This requires sperm to enter the vagina, the cervix, the uterus and the Fallopian tubes.”

Here’s the breakdown of how pregnancy happens, and the likelihood of becoming pregnant without having penetrative sex.

How do you get pregnant, anyway?

In the most basic terms, pregnancy occurs when a mature egg released from an ovary during ovulation is fertilised by a sperm.

Typically, someone’s ovaries contain around 300,000 eggs by the time they hit puberty. Roughly 300 to 500 of these eggs will mature over that person’s lifetime. Egg maturation is triggered by hormones, and while hundreds of eggs start to mature during each menstrual cycle, only one egg will become “dominant” and fully mature. Once it’s mature, the egg is released into the Fallopian tube.

The mature egg can then be fertilised by a sperm cell, which creates a zygote – a fertilised egg cell. After fertilisation, the zygote needs to successfully implant into the uterine lining, where it can continue to grow and develop into an embryo.

Only sexual intercourse between a person who produces sperm and a person with functioning ovaries, Fallopian tubes, and a uterus can result in pregnancy. Timing matters, too – there are only about six days per menstrual cycle when a mature egg can be fertilised by a sperm. That’s because healthy sperm can live up to 5 days in the reproductive tract even though a mature egg is only viable for 24 hours.

Data suggests that the likelihood of conceiving after one month of unprotected intercourse is approximately 25%. This increases to 85% to 90% after twelve months.

You can become pregnant without having penetrative sex

Pregnancy can theoretically happen whenever a sperm and mature egg come into contact, not just during sexual intercourse. For example, if live sperm enters the body via ejaculation on fingers or a sex toy, pregnancy could occur. But, Gersh described this as “exceptionally rare,” noting that she’s never seen a case.

Gersh adds: “There is also the unlikely potential for sperm to fertilize an egg if the male ejaculates at the vaginal entrance or if pre-ejaculate is deposited there.” Pre-ejaculate is a fluid released from the penis during sex, and, while studies are mixed, experts think it’s possible for some live sperm to be present in pre-ejaculate fluid.

Still, “the chance that pregnancy will occur is exceptionally low when intercourse does not occur,” Gersh says.

It’s also likely that varying definitions of sex can contribute to stories of people getting pregnant “without having sex.” For example, if someone defines sex as penetrative sex where both partners orgasm, it’s still entirely possible for pregnancy to occur without this happening. Female orgasm isn’t necessary for pregnancy, and while pregnancy is more common if a male orgasms and ejaculates, it is not required.

How to get pregnant without penetrative sex

How to prevent unwanted pregnancies by practicing safe sex

Other methods of contraception include contraceptive implants, shots, skin patches, vaginal rings, and abstaining from sex.

Ultimately, while conception from non-penetrative sex is extremely rare, it is possible. Gersh describes it as “not a serious worry,” but notes that “having sex just outside the vagina can quickly evolve into penetrative sex, and so in that way, unintended pregnancies occur.”

In order to prevent unintended pregnancies, experts recommend researching birth control methods and finding something that works best for you.