It's a myth that vitamin D reduces the risk of depression, according to a study of 18,000 people 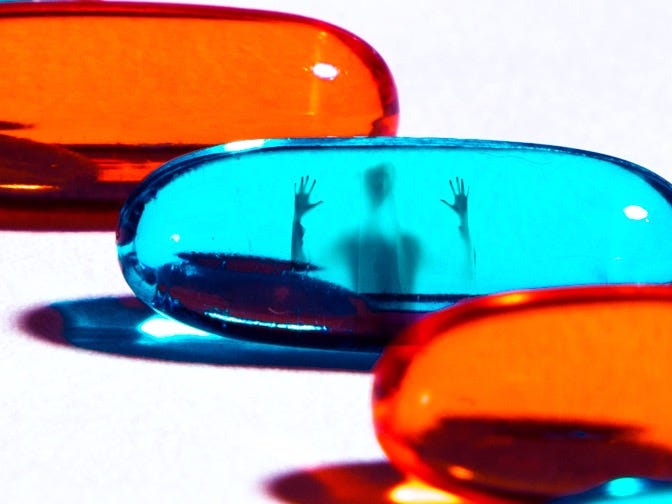 Despite the commonly-held belief that a little sunshine can brighten up your mood, research suggests that vitamin D does not reduce the risk of depression in the long-term.

Vitamin D, known as “the sunshine vitamin” because we produce it naturally when our skin is exposed to sunlight, is no better than a placebo in boosting mental health over time, according to a study published Tuesday in the Journal of the American Medical Association (JAMA).

Researchers from several medical institutions looked at 18,353 adults aged 50 and older who did not have symptoms of depression, and charted their mental health symptoms for 5 years.

Half of the participants took a supplement of 2,000IU (international units) of vitamin D a day, which is more than double the current daily recommendation. The other half took a placebo.

By the end of the study, researchers found no significant difference in rates of depression symptoms between people who took vitamin D and those who didn’t. There were also no significant differences in participants’ reports on their mood over time. This suggests vitamin D may not be an effective treatment for preventing depression in older adults long-term, at least for the general population.

Previous research has linked vitamin D deficiency to greater risk of depression, so the purpose of this study was to see whether supplementing vitamin D could help. Prior studies, however, have been observational, making it possible that other factors besides vitamin D made a difference in depression rates.

Other past studies have also found that supplementing vitamin D does not make a significant difference in reducing depression risk; this new study, however, is the largest of its kind to draw that conclusion.

“One scientific issue is that you actually need a very large number of study participants to tell whether or not a treatment is helping to prevent development of depression,” said Dr. Olivia I. Okereke, lead author of the study and professor of psychiatry at Harvard Medical School, said in a press release.

A limitation of this study was that participants, on average, already had adequate levels of vitamin D in their blood when they began the study. So, it’s not clear whether people who are already deficient in the vitamin could benefit from the treatment when it comes to depression and mood.

More than 1 in 3 people in the US could have a vitamin D deficiency, according to previous research. People with darker skin are more at risk of vitamin D deficiency, since high melanin levels in darker skin slow the process of producing vitamin D from sunlight. Elderly people, too, are at higher risk of low vitamin D levels, since they may be less able to spend adequate time in the sun. More research is needed to see whether supplementing could provide some benefits for these specific at-risk groups.

Vitamin D also plays other important roles in our body, including support strong bones and a healthy immune system.

“It’s not time to throw out your vitamin D yet though, at least not without your doctor’s advice,” Okereke said in the press release.

Vitamin D may be a good defence against the coronavirus, according to several new reports. Here’s what you need to know.

Vitamin D could play a role in fighting the coronavirus. Here’s how to get more in your diet.

Probiotics could help with mental health, but experts say you shouldn’t rush to stock up on yogurt and supplements