It might sound counterproductive to set land on fire in Sonoma County, California, during the state’s worst wildfire season yet.

But there’s nothing “wild” about the fires that volunteer groups in California are lighting.

In fact, these “prescribed burns” are used to strategically cull the land and control the paths of future fires. And now, more and more Californians are seeing them as one solution to the state’s catastrophic wildfire crisis.

So far this year, an area nearly the size of New Jersey has burned inside California.

That seems like a lot, but until European colonisation, this was normal, according to fire ecologists. Much of the American West was intentionally burned by humans. Smoke and fire were common, but the conditions were rarely devastating, and the burns were a central part of Indigenous culture.

“Our tribe recognises that fire is a gift from Creator,” Valentin Lopez, chairman of the Amah Mutsun Tribal Band, told Business Insider Today. “It was a gift that allowed us to have warmth, to have light. It was very important to manage landscapes.”

“Our people did that for thousands of years. And then came the horrific brutal periods of colonisation and tribes were not allowed to burn anymore.”

People are trying to bring “good fire” back to the land. 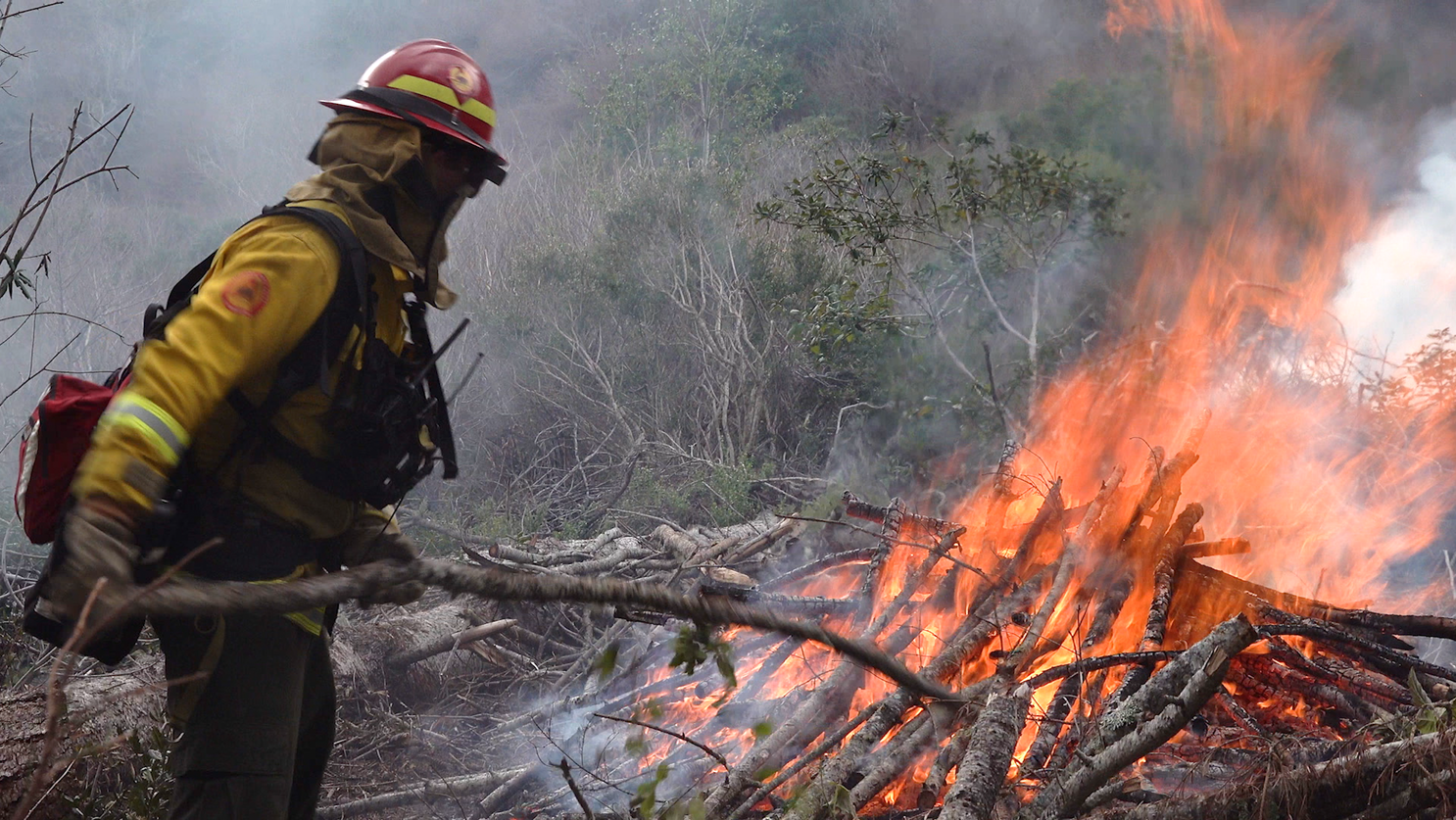 Austin Meyer for Business Insider TodayMore and more Californians are considering prescribed burns as a solution to the state’s wildfire problem.

While a changing climate is making wildfire more likely, what set the stage for this apocalyptic year was a 1910 US Forest Service policy that prohibited any form of wildland fires. The policy was a zero-tolerance response to “the Big Blowup,” a blaze that burned 3 million acres in the Northwestern US and Canada.

But people are waking up to the idea of bringing “good fire” back to the land. One group, Fire Forward, teaches volunteers the basics of wildland firefighting and prescribed fire-lighting over the course of eight weekends. They must complete 40 hours of online coursework, complete a strenuous pack test, and attend a field training day.

Much of this work is done by hand in small teams. The McLeod and Pulaski are tools customised for carving fire lines out of the landscape. Volunteers also learn how to handle water hoses and drip torches, which drip diesel fuel to ignite dry brush. They even learn how to use tarp-like fire shelters as a last-resort safety device.

The training has attracted a wide cross-section of Californians, like 18-year-old Orion Burnham-Pohlmann â€” an aspiring firefighter â€” and Emily Brodie, who is earning a Ph.D. in ecology. There are National Park employees, retired locals, and concerned citizens motivated by the worsening fires of the past years.

“I got exposed to fire forward in 2017, after the fires came into Sonoma, and was here through the evacuation,” volunteer Christopher Smith said. “We had a number of friends who lost their homes.”

Other volunteers haven’t experienced fire firsthand, but are eager to learn.

“I do believe that it’s our collective responsibility,” volunteer Saill White said. “As an inhabitant of the planet, it’s kind of up to us to understand how it works and to learn how to keep each other safe.”

Indigenous groups have been teaching volunteers their controlled burning techniques. 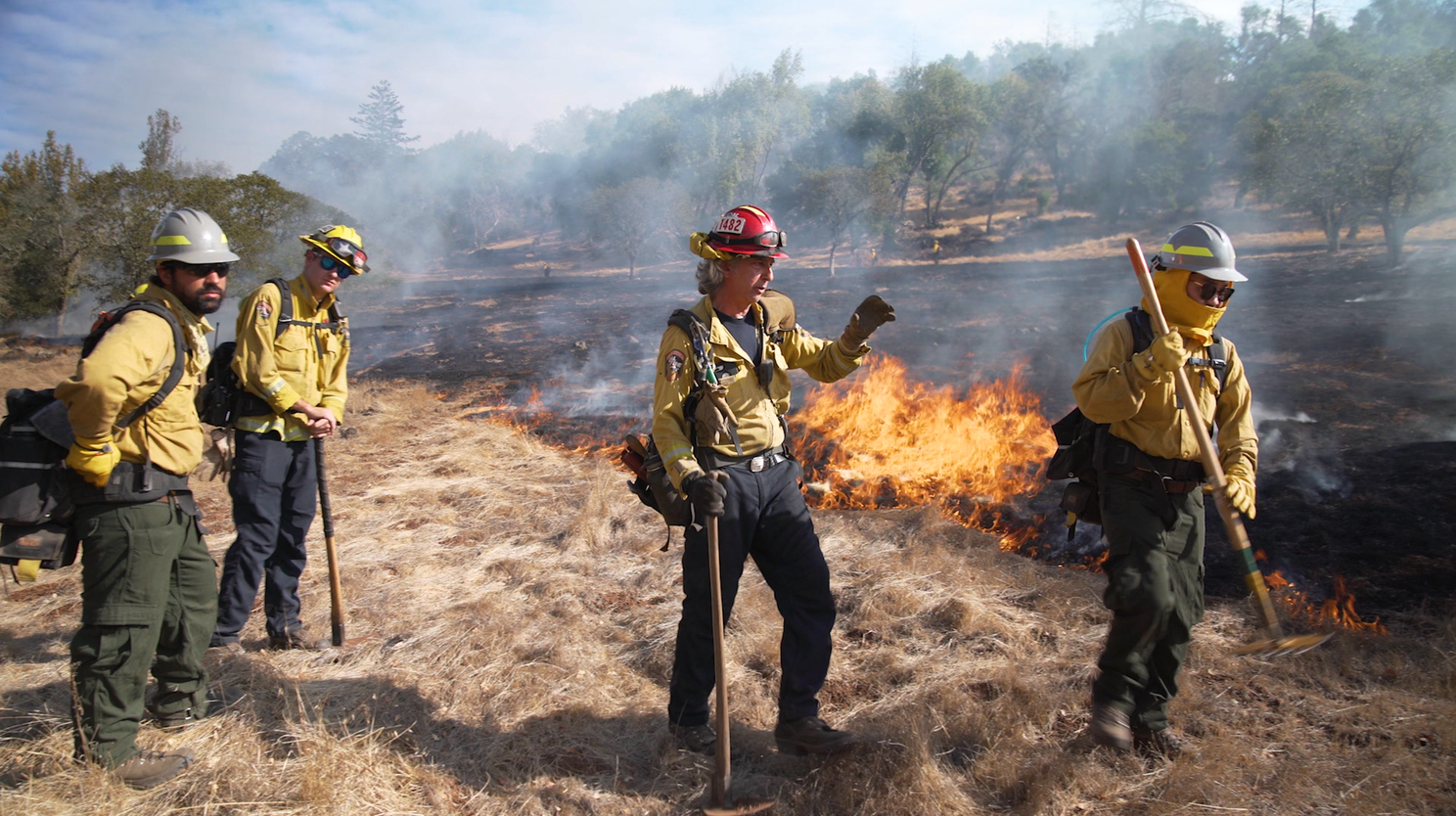 Austin Meyer for Business Insider TodayIndigenous groups have been sharing fire-lighting methods with volunteer groups in the state.

Members of local Indigenous groups are also present at Fire Forward programs, offering lessons that have been passed down over hundreds of generations.

“It’s really great to see everyone out here and be putting fire back onto the land, because it’s definitely an essential part of taking care of all of our tribal lands,” Peter Nelson of the Federated Indians of Graton Rancheria said.

By the end of it, volunteers are certified as basic wildland firefighters. They aren’t allowed to work on the front lines of a dangerous blaze, but they can assist on prescribed burns under the guidance of an experienced crew chief.

Professional firefighters use prescribed burns too, but the recent years of back-to-back emergencies have left little time for prevention work. Volunteers could help, but there’s always the risk that a fire can get out of control.

“The culture of the fire service believes that using prescribed fire as a tool is more in their house. They’re the owners of that,” said David Shew, a retired chief with the California Department of Forestry and Fire Protection. “They are uncomfortable with the idea of handing that tool over to the general public because they don’t have the training, they don’t have the knowledge of fire behaviour.”

The impacts of wildfires are being felt more than ever â€” environmentally and financially. Austin Meyer for Business Insider TodayA prescribed burn can exhaust flammable material in a region so that future wildfires won’t spread out of control.

In 2020, years of neglect are beginning to compound. So far this year, fire suppression has cost taxpayers over $US1 billion â€” 10 times more than a decade ago.

The impacts of removing fire can be seen all over California. The Amah Mutsun lands on the central coast of California didn’t look anything like they do today. This forested land was covered in grass. And it was one of the most biodiverse landscapes in North America.

For the past three years, Native stewards from the Amah Mutsun tribe have been working to restore the prairie, using fire as a key part of the process.

The process begins by selecting trees to cut down, stripping their limbs, and putting them in large piles, which they burn when conditions are safe. By clearing this potential fuel for future fires, they make the land safe for their prescribed burns that creep along the ground, setting boundaries for future wildfires that sweep through the areas.

Their slow-moving fires also kill invasive species that are not adapted to heat. And when the smoke clears, these burns restore balance to the ecosystem.

“I think that today, the impacts that we’re seeing from these fires demand a change,” Shew said. “We really don’t have an option. We cannot continue to see these kinds of impacts and losses, and we’ve got to do something to change.”