California's fires are so intense, some make their own thunderstorms. NASA calls the formations the 'fire-breathing dragon of clouds.' 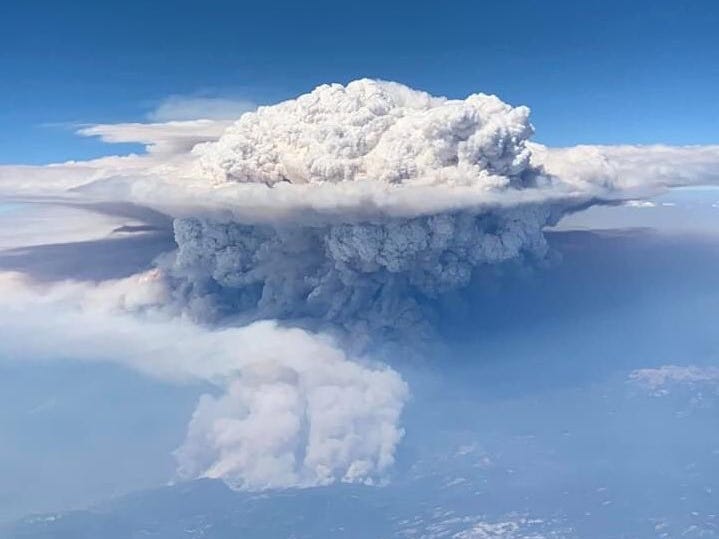 Thalia DockeryA pyrocumulonimbus cloud generated by the Creek Fire in the Sierra National Forest in California, taken from an aeroplane on September 5, 2020.

As Thalia Dockery’s flight to Las Vegas passed over central California on September 5, the passengers caught an ominous view out their windows: A huge, grey cloud mushroomed thousands of feet into the sky.

It looked like the product of an atomic explosion or volcanic eruption. But what they’d spotted was a pyrocumulonimbus cloud â€” an enormous plume of hot, smoky air that had risen from a wildfire, then turned into a thundercloud in Earth’s atmosphere.

“I just so happened to look out my window in shock,” Dockery, who took the photo above, told Insider. “I had no idea that it was from a fire until I came home and my son and I researched it.”

“It’s about a solid 10,000 feet higher than we’re typically seeing with the highest of these plumes,” Neil Lareau, a professor of atmospheric sciences at the University of Nevada at Reno, told The Washington Post.

Once rare, pyrocumulonimbus clouds are becoming more common in regions like California and Australia as climate change causes larger, hotter, more frequent wildfires. These clouds, which NASA has dubbed “the fire-breathing dragon of clouds,” can grow so intense that they make their own weather. Sometimes, that weather can contribute to still more fires in a dangerous feedback loop.

How a pyrocumulonimbus forms

Pyrocumulonimbus clouds are a subset of pyrocumulus, or fire cloud. They form when big fires cause an upward movement of hot air containing ash and smoke, which can interact with water vapour in the atmosphere above.

Ordinary pyrocumulus clouds aren’t especially dangerous and don’t affect fires at ground level. But when blazes get big enough â€” and if there’s enough moisture in the air â€” condensation keeps the air inside the cloud warmer than the air outside of it. That then allows the pyrocumulus cloud to rise higher and higher. Once it reaches altitudes where the temperature is below freezing, raindrops and lightning can begin to form â€” causing the cloud to become a pyrocumulonimbus.

In some cases, smoky rain produced by a pyrocumulonimbus cloud can help extinguish a fire, but unfortunately for Californians, these clouds don’t normally produce much rain in the state. In dry environments, any rain produced by the clouds evaporates before it reaches the ground.

The clouds’ lightning can hit the ground, however â€” and when it does, it can ignite additional wildfires or feed existing ones. Intense winds within a pyrocumulonimbus cloud can also scatter embers, which can ignite fires in new areas or strengthen blazes that are already burning.

In rare cases, the winds from pyrocumulonimbus clouds even form fire-induced tornadoes, or “firenadoes.” That happens when rising air from a fire gets twisted by wind, becoming a swirling vortex detached from the ground.

Firenadoes are hot, unpredictable, and dangerous: In 2018, a tornado associated with the Carr Fire, which had wind speeds of up to 143 mph, killed a firefighter.

The largest pyrocumulonimbus events ever recorded worldwide have all occurred in the past three years, according to the San Francisco Chronicle.

As temperatures rise, more water evaporates from soil, drying out land. Snow also melts sooner, and spring arrives earlier. In 2017, for instance, spring (defined as the arrival of growing season for certain widespread plants) arrived 22 days earlier than usual in Washington, DC. Early snow melt and high temperatures deprive vegetation of water, drying it out in time for wildfire season. In California, which has seen its 10 largest wildfires in the last 20 years, the average temperature during wildfire season has increased by more than 2 degrees Fahrenheit since the 1980s, according to a recent Stanford analysis. The length of the state’s wildfire season has increased by 75 days since the early 2000s, and a 2015 study found that rising temperatures have made extreme droughts in California significantly more likely.

In the US overall, the top five years with most acreage burned due to wildfires have all occurred since 2005, according to the Congressional Research Service. The country’s average temperature has risen by 2.5 degrees Fahrenheit since 1970.

Pyrocumulonimbus clouds can contribute to climate change themselves 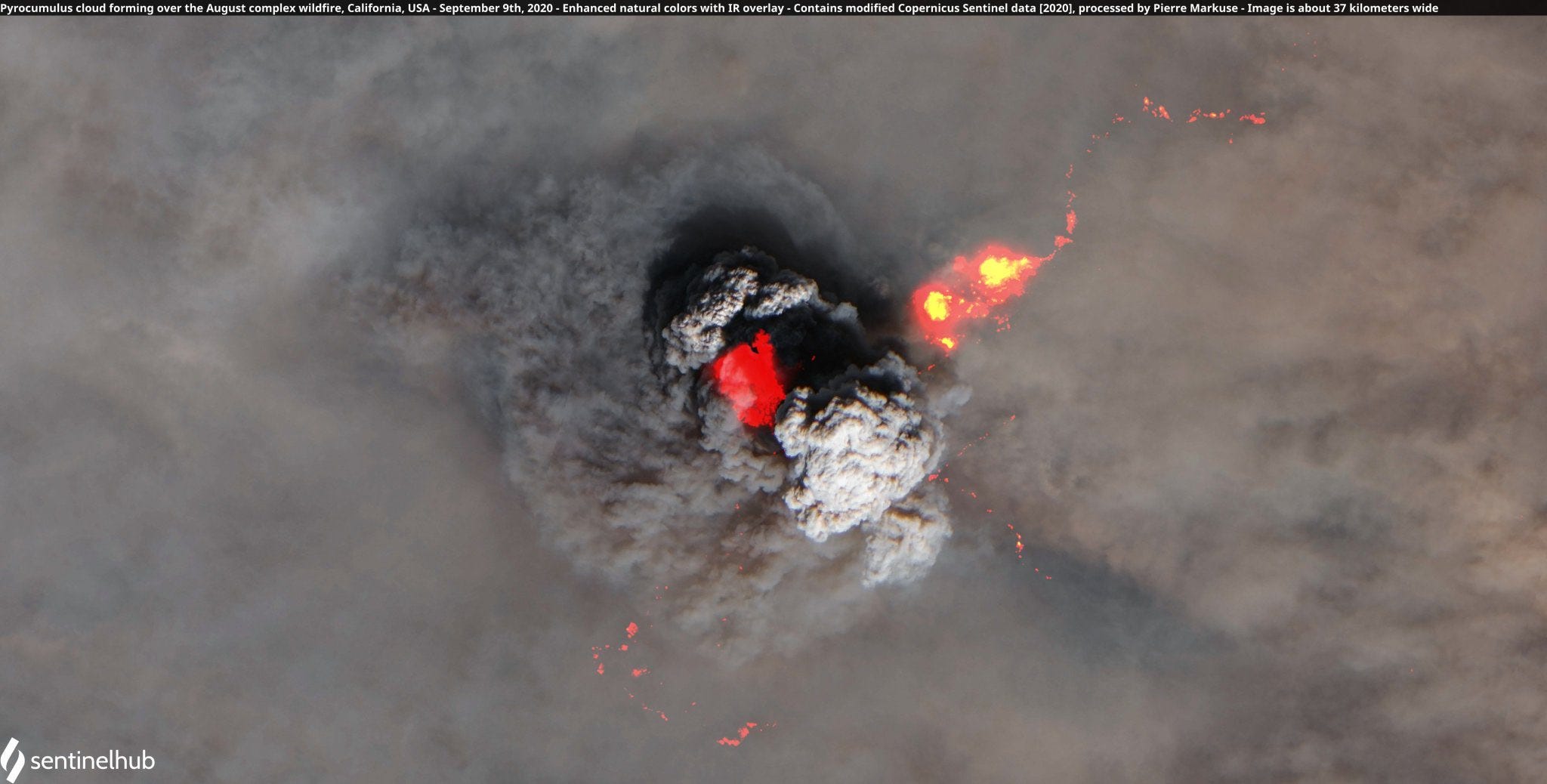 A pyrocumulonimbus cloud can pump smoke â€” which contains carbon dioxide as well as toxic compounds like carbon monoxide and harmful fine particulates â€” into the atmosphere.

“It acts like a giant chimney, taking smoke from the ground and injecting it to the altitude of a jet aircraft,” David Peterson, a meteorologist with the Naval Research Laboratory in Monterey, told the San Francisco Chronicle.

If a pyrocumulonimbus cloud gets tall enough, it can even affect the ozone layer, a protective shield around the Earth that protects us from ultraviolet radiation. Researchers have also found that some wildfire smoke may increase ozone levels below the ozone layer, which can have a greenhouse effect and damage lungs and crops.