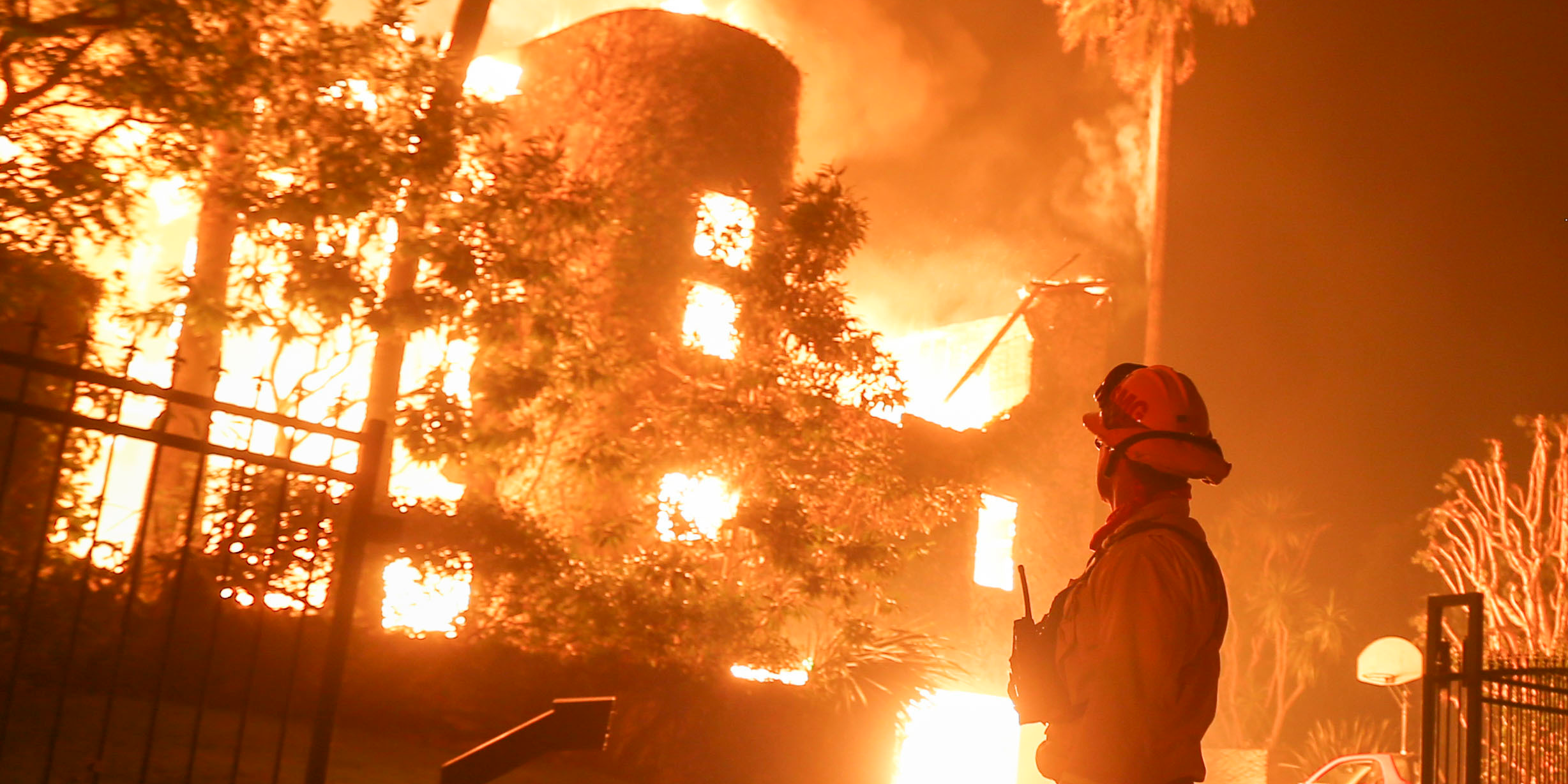 Ringo H.W. Chiu/AP PhotoA firefighter keeps watch as the Woolsey Fire burns a home in Malibu, Calif., Friday, Nov. 9, 2018. A Southern California wildfire continues to burn homes as it runs toward the sea. Winds are blamed for pushing the fire through scenic canyon communities and ridgetop homes.

Utility company PG&E is looking to pay half of a $US13.5 billion wildfire settlement through its own stock, The Wall Street Journal reported Thursday, pushing the financial risk of future fires on past victims.

The company’s settlement plan would establish a trust for fire victims holding cash and company stock, according to The Journal. The fund would hold nearly 21% of all PG&E shares once the company emerges from bankruptcy, and begin selling stakes over several years to pay settlement fees.

The cash-and-stock trust structure isn’t new, but attorneys representing California fire victims claim the exposure to PG&E stock volatility is an unfair risk for claimants to shoulder. PG&E is in the process of fixing its electrical infrastructure and building out a fire detection system, but its still-questionable equipment could spark new disasters. The victims “will end up bearing the risk of future wildfires” for roughly two years, Mike Danko, a lawyer representing victims, told The Journal.

Others said that leaving victims with partial ownership of the company creates an unjust emotional burden.

“Many of the victims feel, on principle, an unwillingness to be made owners of the company that burned their houses down,” Howard Klepper, a Santa Rosa, California resident who lost his home in a 2017 fire, told The Journal.

PG&E infrastructure has been liked to more than 18 California fires since the fall of 2017 that collectively killed 107 people and destroyed more than 15,700 homes. The company filed for bankruptcy on January 29, 2018, after facing the financial burden of its numerous disaster claims.

PG&E’s $US13.5 billion settlement accounts for fires taking place between 2016 and 2018, with the latter year serving as the most lethal and destructive fire season in California’s history.

Claimants receiving company stock are exposed to more risks than fluctuating share prices. Should victims become some of PG&E’s largest shareholders, they could be on the hook for regulatory fines levied by the California Public Utilities Commission, The Journal reported. Even if future fines would hit victims-turned-shareholders, the authority isn’t sure that it could buck precedent and protect the claimants.

“I don’t see how you can suddenly flip and say we’re going to be very good to this company because it helps the fire victims,” Mike Florio, a utilities consultant and former CPUC commissioner, told The Journal.

The company has two “buy” ratings, eight “hold” ratings, and one “sell” rating from analysts, with a consensus price target of $US16.15, according to Bloomberg data.


Activision’s big bet on esports is facing its final hurdle – bringing live competition to fans around the world. Here’s how the Overwatch League is selling out arenas and turning gamers into fans of local sports. 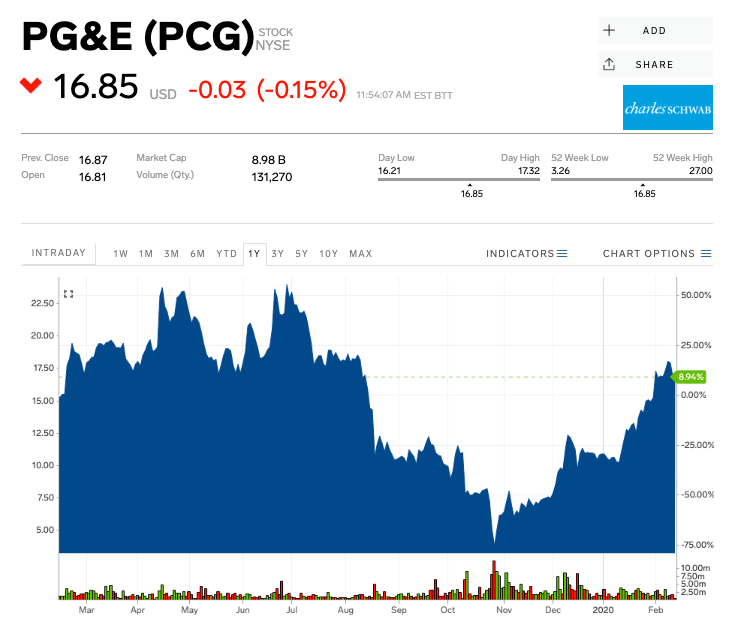