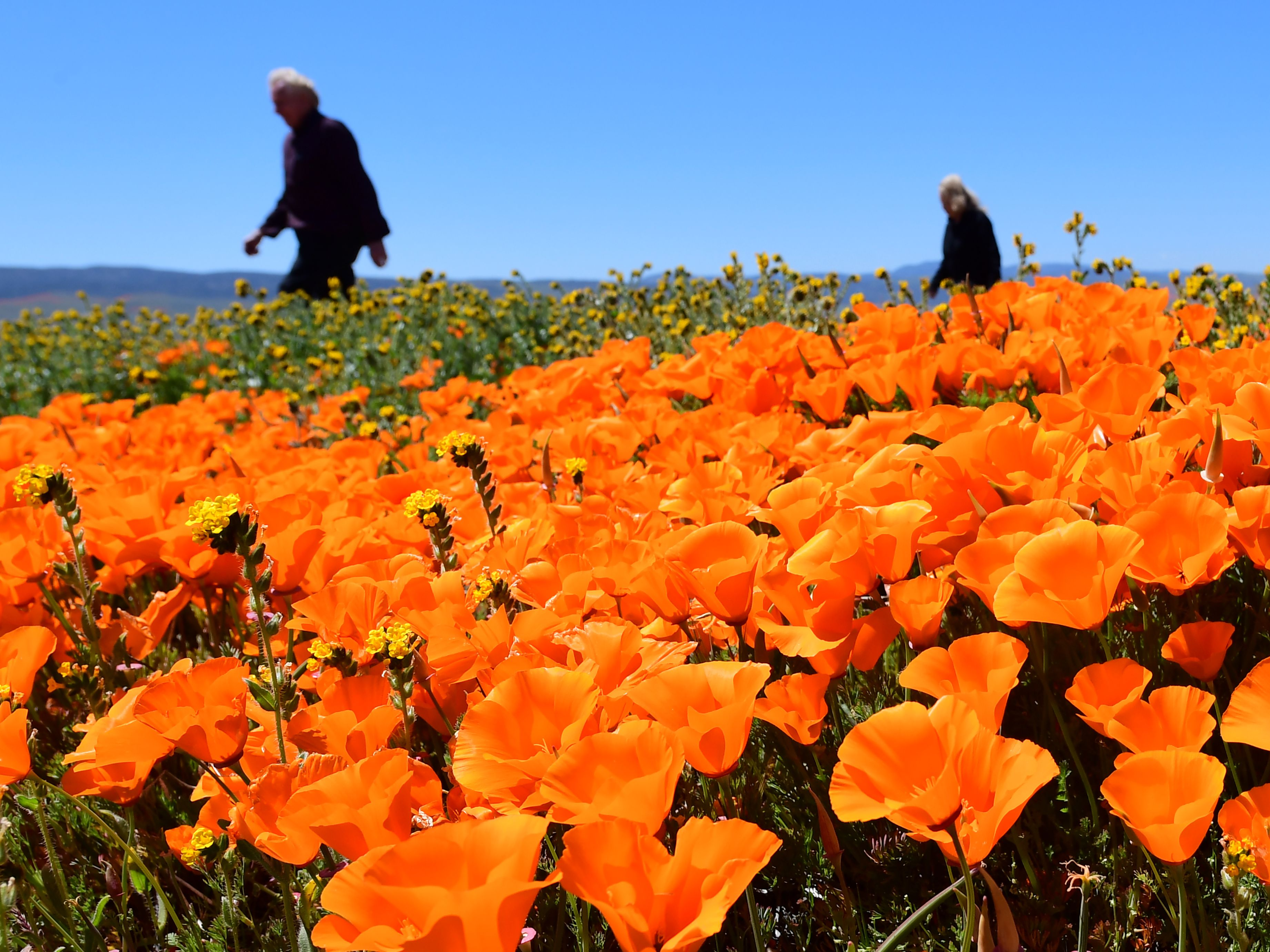 The world may feel an uncertain place due to the upheaval of the coronavirus pandemic, but spring has still sprung.

The Antelope Valley California Poppy Reserve in Lancaster, California, is much emptier than usual since it closed to vehicular traffic, but its spectacular poppies are as vivid as ever. The orange bursts are so bright that a NASA satellite even spotted them from space.

Here are 10 photos that show California’s most famous poppy field in full bloom. Poppy season usually falls between mid-February and mid-May, depending on the year’s rainfall. 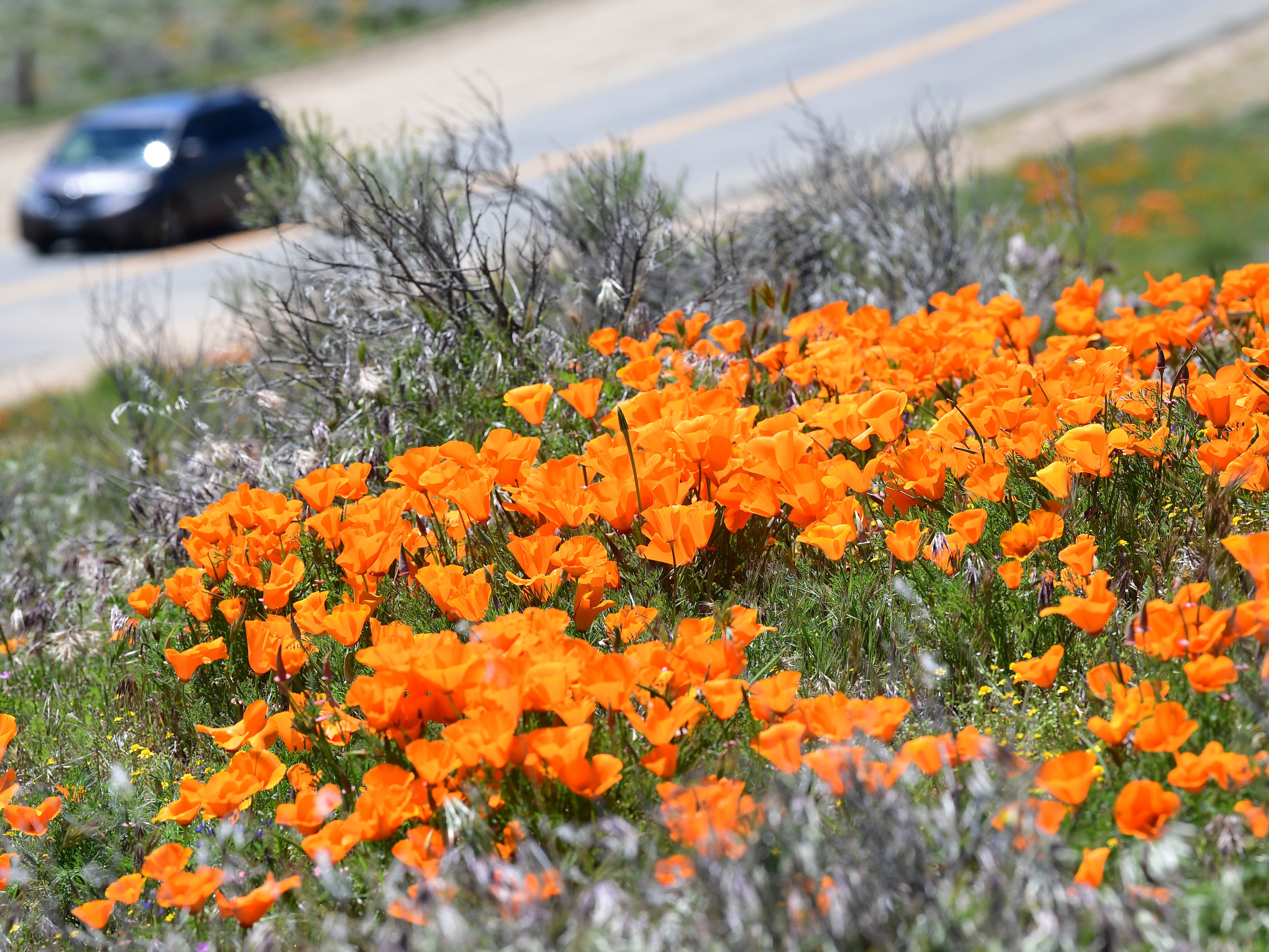 Due to social distancing, the park is only open to those who can walk or bike there.

But the poppies have sprouted up all over Lancaster, California. 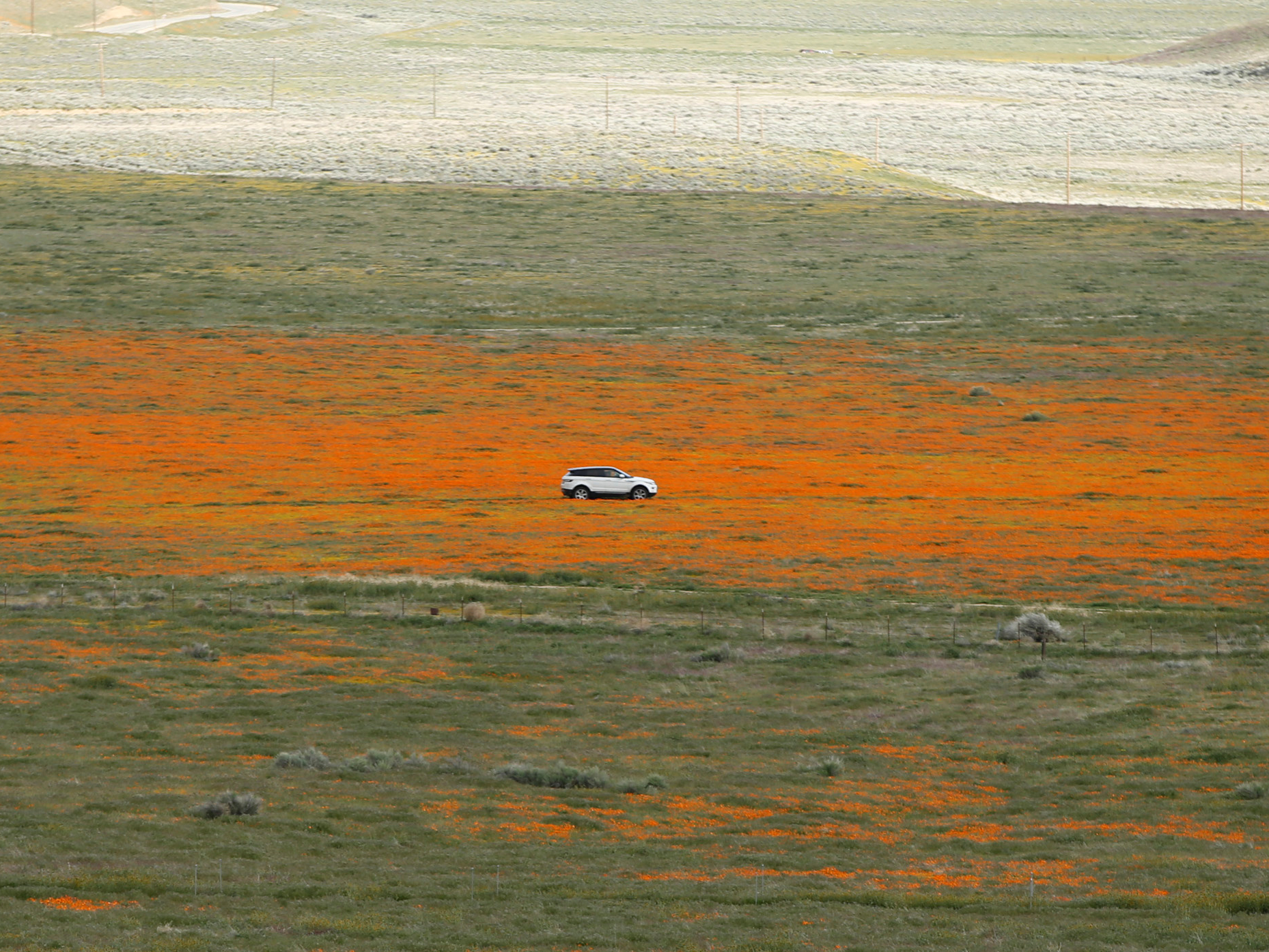 Mario Anzuoni/ReutersA vehicle is seen in a poppy field near the Antelope Valley California Poppy Reserve.

Antelope Valley California Poppy Reserve is one of the best places to see poppies in the state, but it’s not the only place they grow.

In addition to poppies, the warm weather has allowed other flower varieties to flourish this season. 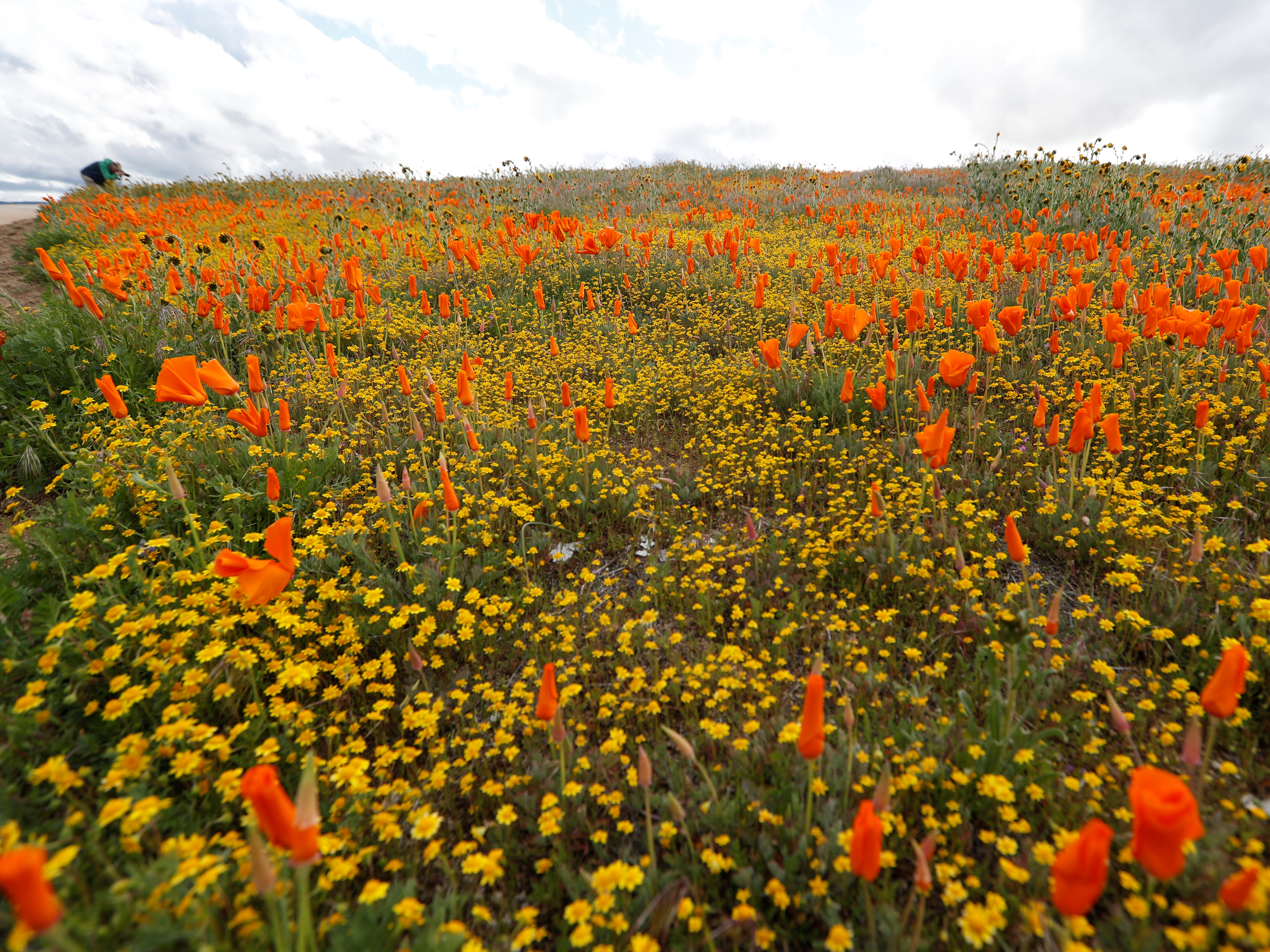 Fiddlenecks, slender keel fruits, red maids, owl’s clower, and forget-me-nots are also in bloom, according to the park’s official website.

Some locals ventured out to Antelope Valley California Poppy Reserve to enjoy the poppies while practicing social distancing. 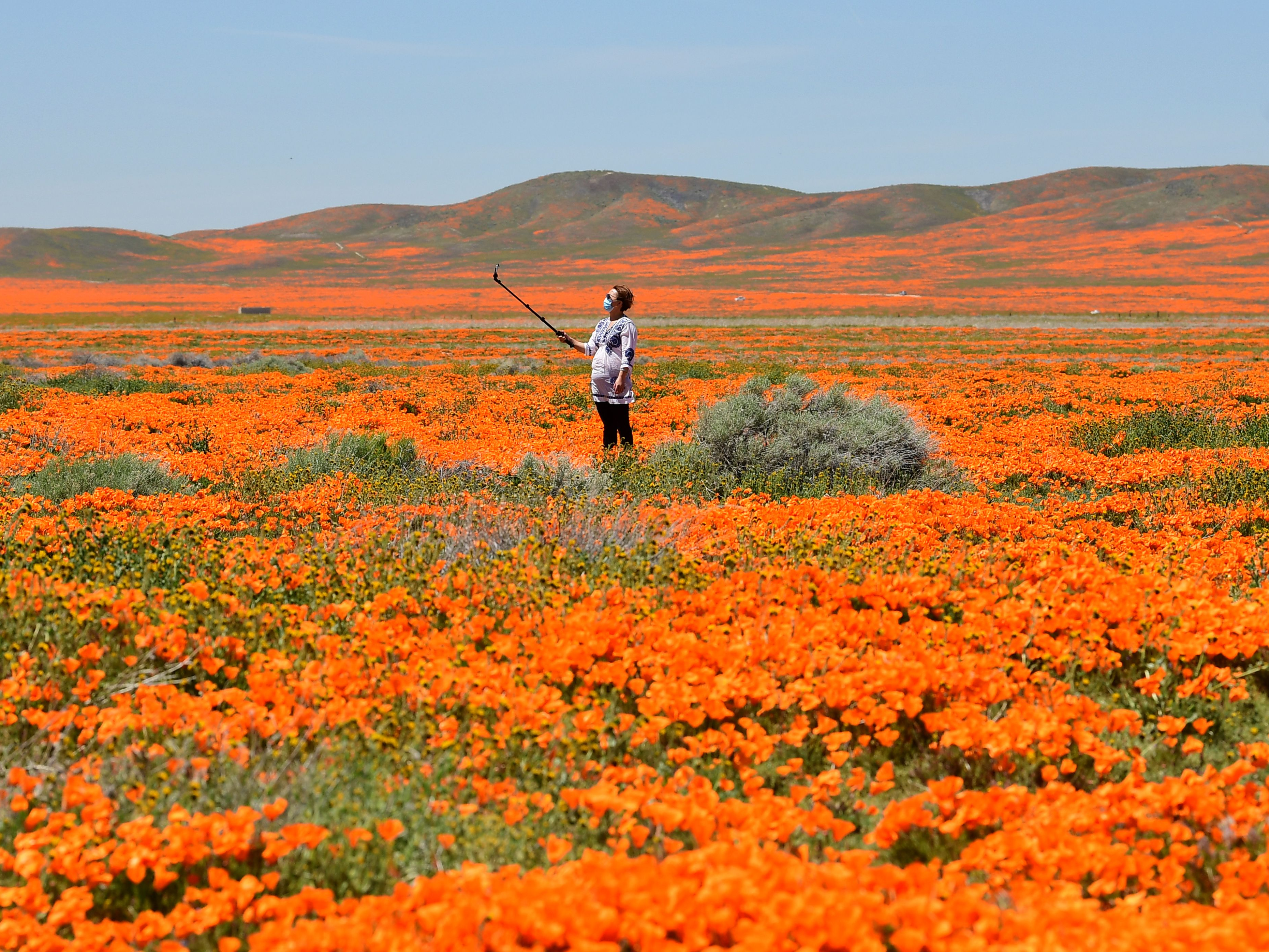 One graduate posed in a cap and gown surrounded by the orange blossoms. Graduation ceremonies may be cancelled, but there’s still cause to celebrate one’s accomplishments with a floral photo shoot.

Others focused their lenses on the flowers themselves. The empty park provides a unique opportunity to photograph the scenery without throngs of tourists.

Those who don’t live close enough to see the flowers in person can view them via livestream.

California poppies aren’t used to produce opiates, but the plants do have pain-relieving properties. Taking in their vibrant colours, even through a screen, can be a good mood booster, too.