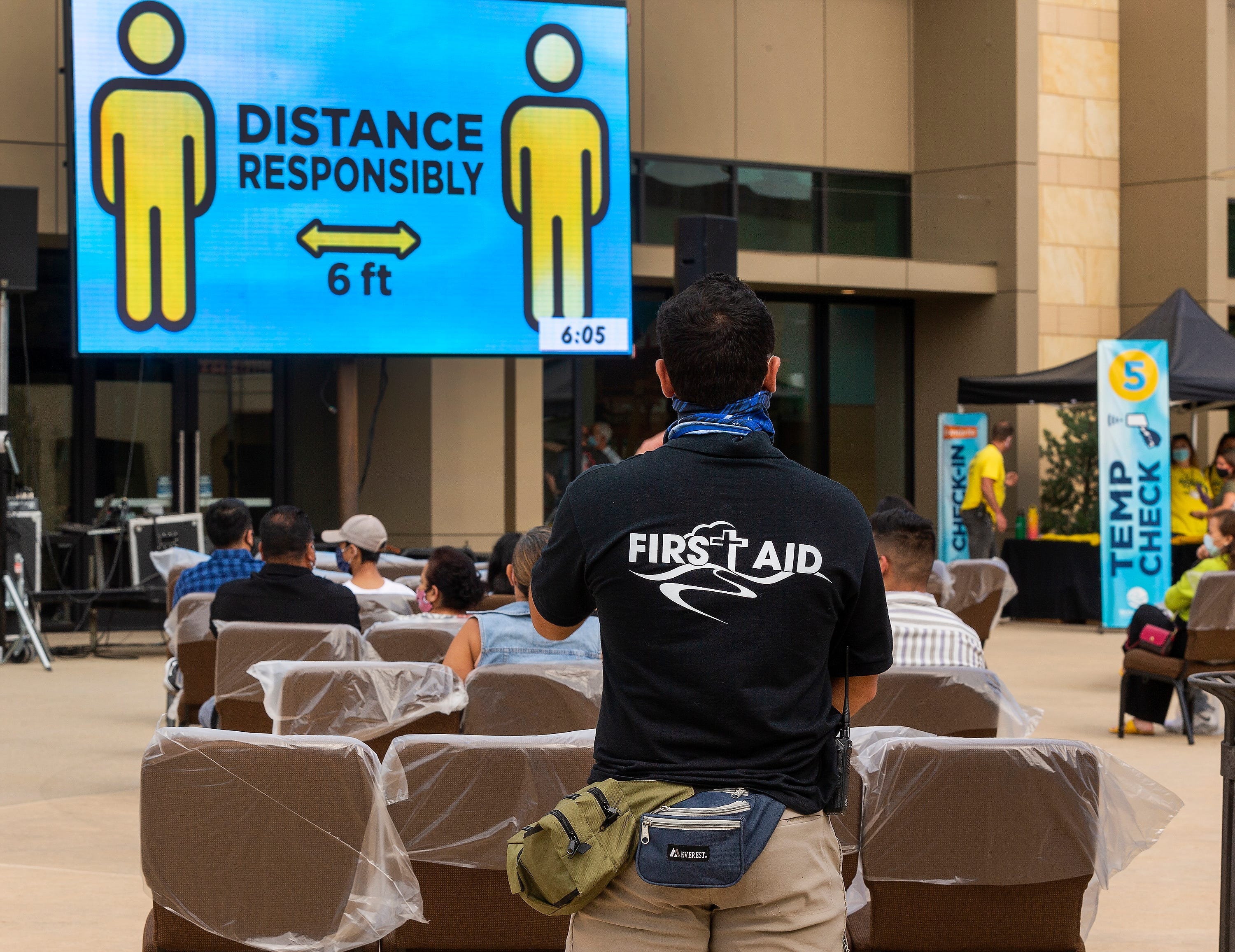 A California pastor died from coronavirus after his megachurch opened its doors despite restrictions of indoor religious services from state health officials, the Los Angeles Times reported.

Bob Bryant, 58, of Water of Life Community Church in San Bernardino County, California died on Monday from COVID-19, The Los Angeles Times reported. According to The Times, Bryant, who served as an associate pastor at the megachurch, suffered from intense symptoms from the virus including pneumonia. The father of four tested positive for the virus in November with along with his wife, Lori Bryant.

His wife asked for prayer from the community on November 23. She announced that while in the hospital, Bryant was placed on a ventilator and also had a heart attack.

“It is with heavy hearts that we share Pastor Bob Bryant passed earlier today from this life and found himself fully in the presence of Jesus,” The Water of Life Community Church announced on Facebook Monday. “So many of you have prayed and contended for his well-being and miraculous healing over the last week and half. It’s been inspiring to watch our church family come together to contend for Pastor Bob and care for the Bryant family.”

Bob Bryant, 58, pastor at the Water of Life Community Church in San Bernardino County, California died from COVID-19, five weeks after his megachurch REOPENED in DEFIANCE of the state’s ban on indoor religious services. https://t.co/IQFrAvvdVv pic.twitter.com/mIQRMHxcaE

Water of Life Community Church, which according to its website sees an estimated 7,000 people on weekends, opened its doors to the megachurch in late October, failing to comply with orders from California health officials prohibiting indoor church services to flatten the curve of COVID-19, according to the Los Angeles Times. The restrictions had been announced in mid-July. Attendees of the church are required to social distance and wear face coverings, according to the church’s website.

“We’re not trying to break rules,” Susan DePaola, the senior pastor’s executive assistant, told the LA Times. “They know what we’re doing.”A spokesperson for the county told the newspaper that the church was issued a letter regarding following the state’s order this week.

DePaola told LA Times she was unaware of the last time Bryant was in the church and according to the report, he did not return after showing symptoms of the virus last month.

Insider reached out to Water of Life Community Church for additional comment.

According to its COVID-19 tracker, San Bernardino County shows 100,733 cases and 1,175 deaths. The county ranked in 10th place for counties to have cases over the 100,000 mark in the US, according to The Desert Sun.

KABC-TVreported Bryant was loved by his church community and known for helping others. Dan Carroll, the senior pastor of the church, told KABC-TV: “Bob is one of those giants you can’t replace.”