How worsening wildfire seasons are threatening businesses of all sizes in California and Oregon, from tech giant Apple to small food trucks 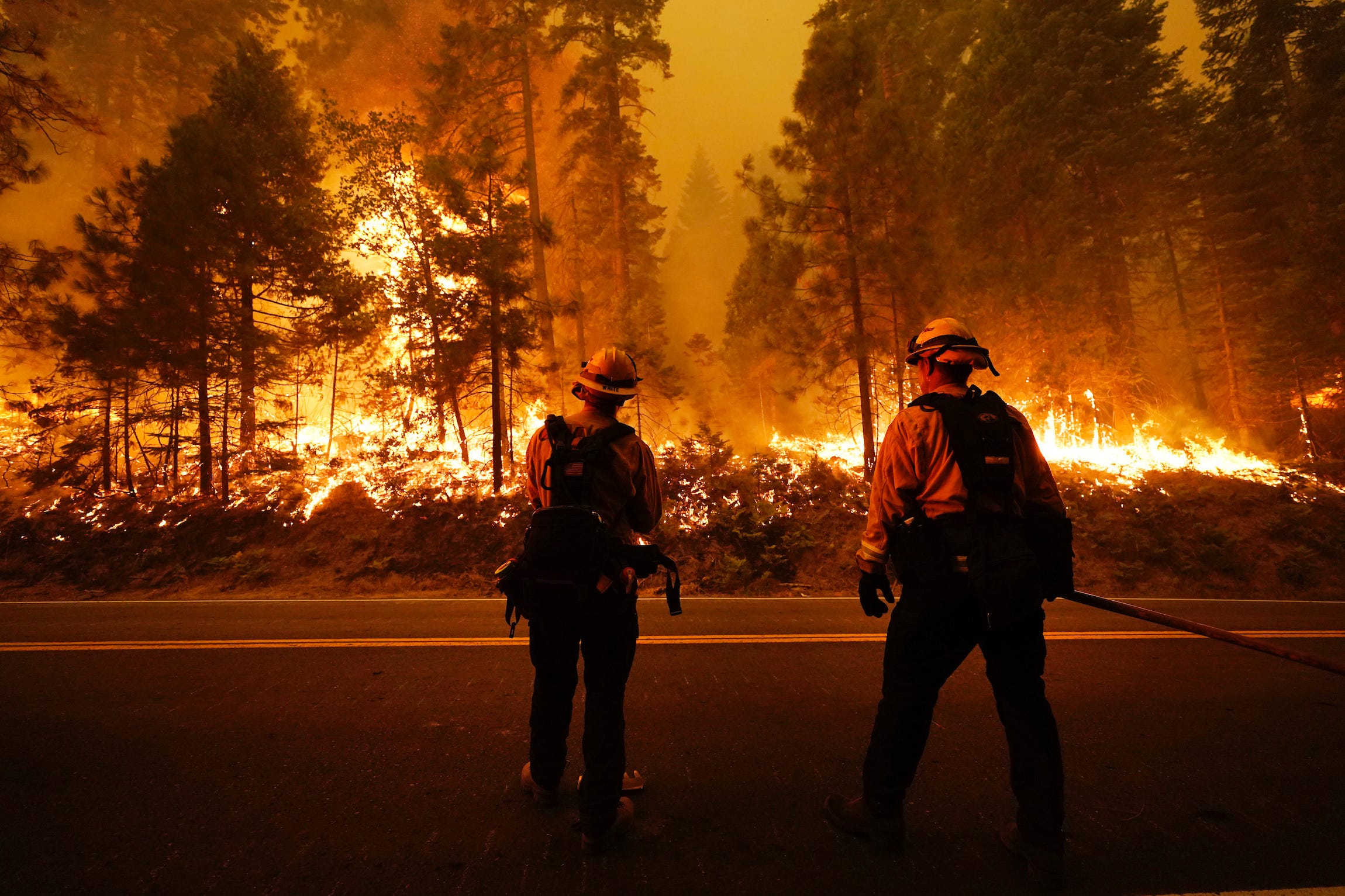 The current wildfire season in California and Oregon has been the worst to date, killing more than 30 people, destroying nearly 10,000 structures, forcing tens of thousands of people to evacuate their homes, and incinerating more than a million acres. Many businesses that are still standing have suffered from structural damage, reduced income, and job insecurity.

The total cost of the damage and destruction is at least $US8 billion, according to economists â€” but the final price tag could be much higher. For many small businesses, the fires are an existential threat.

Her preschool of 10 children had to close from March because of COVID-19 restrictions. The fires started on the first day of the new school year, September 8 â€” and while the structure is still intact, hazardous smoke levels throughout the week forced Danforth to close the school again. “We’re not just talking about forced fire smoke, this is toxic because of all the homes, businesses, and vehicles that the fires have burnt through,” she said. 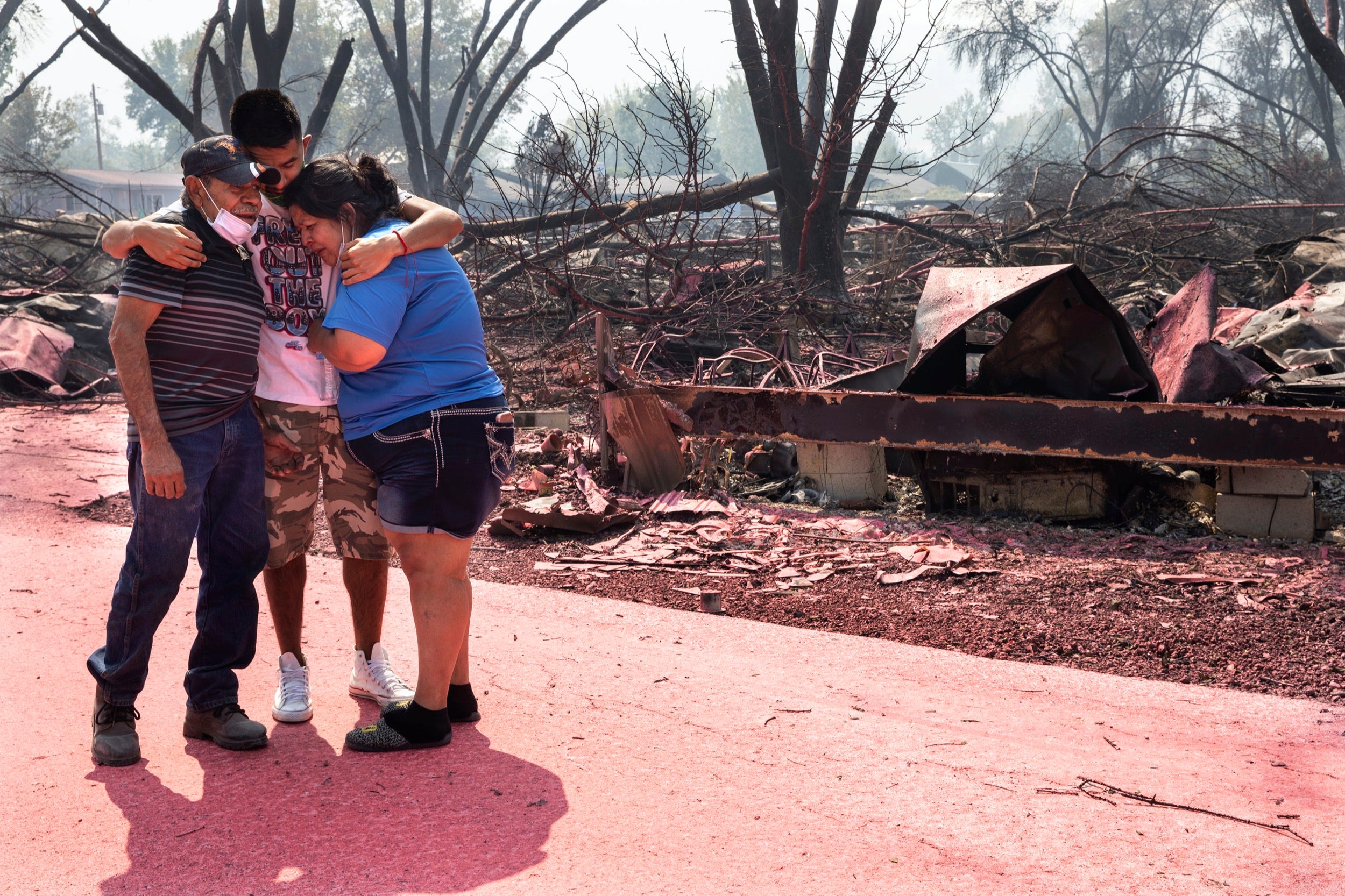 AP Photo/Paula BronsteinDora Negrete, right, and her husband Marcelino Rocha, left, and son Hector Rocha console each other after seeing their destroyed mobile home at the Talent Mobile Estates as wild fires devastate the region on September 10 in Talent, Oregon.

The Oregon Shakespeare Festival, which takes place in Ashland for eight months, attracts thousands of tourists each year and brings in money for local businesses and restaurants. But with the plays cancelled because of the smoke, people in the area are missing out on normally reliable income, Danforth said.

She described this year as a “financial wash” and if the smoke returns, she will have to close the preschool for long periods of time, putting her back in unemployment, she said.

Schools don’t rely on tourism, but Danforth fears that Pea Pod Village will suffer long-term. Families don’t want to live in an area where wildfires are a threat.

In the same town, Phoenix Sigalove, Lichen Richardson, and their children lost everything. Before the wildfires, Sigalove and Richardson saw a “dramatic increase in sales” at their food truck, their only source of income. Restaurants had closed their doors and their truck was one of very few catering services around. “Hundreds of people living in our area who had never tried our food before became first time customers,” said Sigalove.

But the tables turned in September when the fires hit.

“The Almeda fire took our home and our business. We lost two of our vehicles,” Sigalove told Business Insider.

“Our insurance company will not cover the loss of our vehicles or the contents of our home. We have not yet heard how much of our business will be recouped.”

The family are relying on the local community’s generosity of providing food, shelter, and clothing to survive.

And while small businesses are most at risk, large offices burn as easily as small buildings â€” as do people’s homes, where employees of big corporations are working remotely.

Apple’s CEO Tim Cook said Monday that many staff based in California had to evacuate because of the fires. For those that remained in their home, air quality is still a major problem, Cook said at The Atlantic Festival on Monday.

“It’s a reminder of how serious climate change is, and what’s at stake.”