3 of California's 4 largest fires ever are burning right now, including the biggest in state history 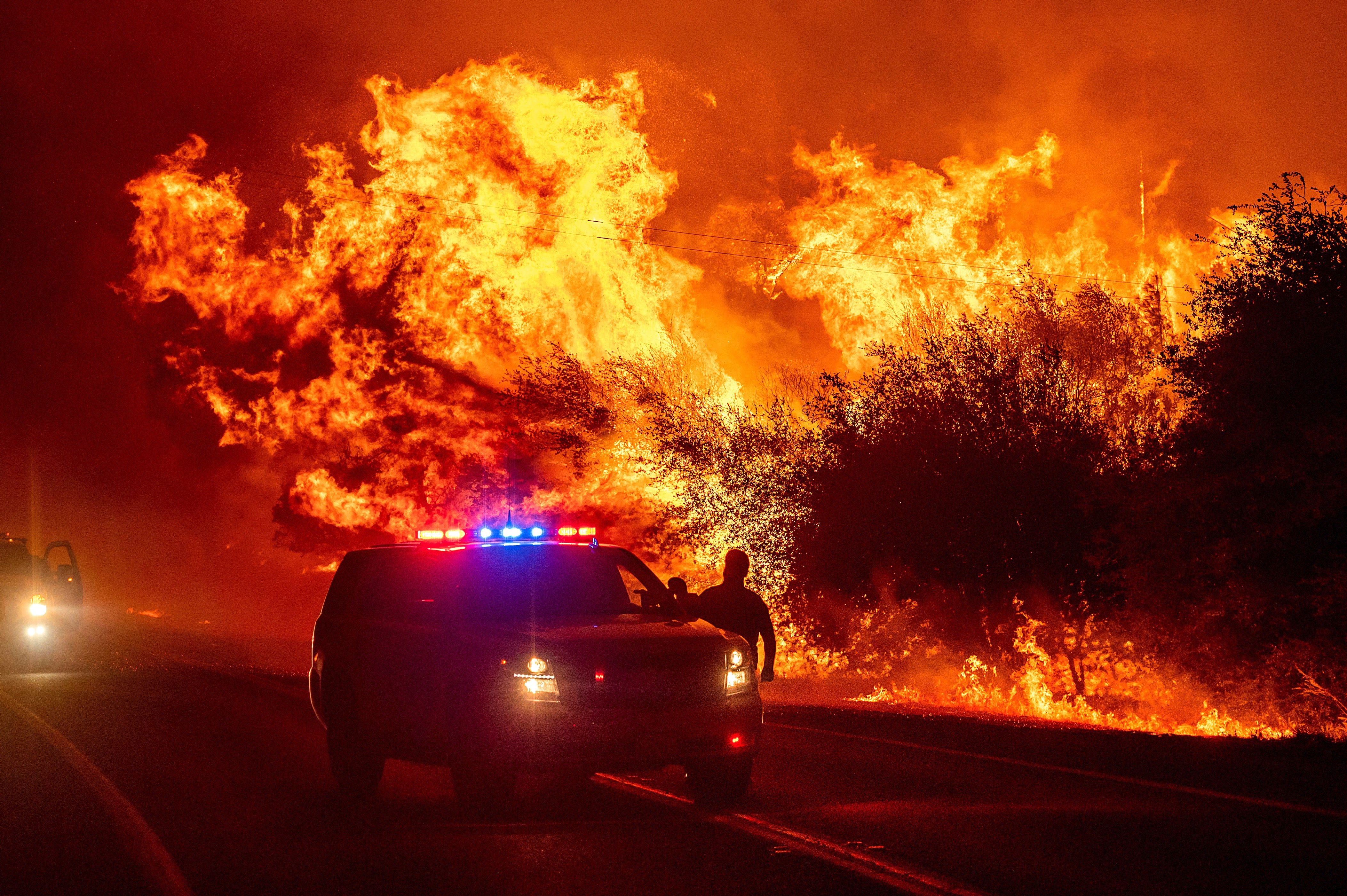 Noah Berger/APFlames lick above vehicles on Highway 162 as the Bear Fire burns in Oroville, California, on September 9, 2020.

The fire has burned more than 491,000 acres, or about 768 square miles, across multiple counties in northern California. It’s part of the more than 746,000-acre August Complex (the term for a collection of fires), which began as 37 different fires in the Mendocino National Forest on August 17, after lightning sparked hundreds of blazes across California. The complex has since consolidated into a few large fires, including the Doe Fire and the Elkhorn Fire, which is at least 255,309 acres.

If the Doe Fire were a US city, it would be the second largest in the country by area â€” behind only Anchorage, Alaska.

The fire that previously ranked as California’s biggest, the Mendocino Complex fire, burned about 459,000 acres in 2018.

The third- and fourth-biggest fires in California history are also burning right now: the SCU Lightning Complex and the LNU Lightning Complex Fires. Those have burned about 397,000 and 363,000 acres respectively since they started in August, and are 98 and 95% contained. 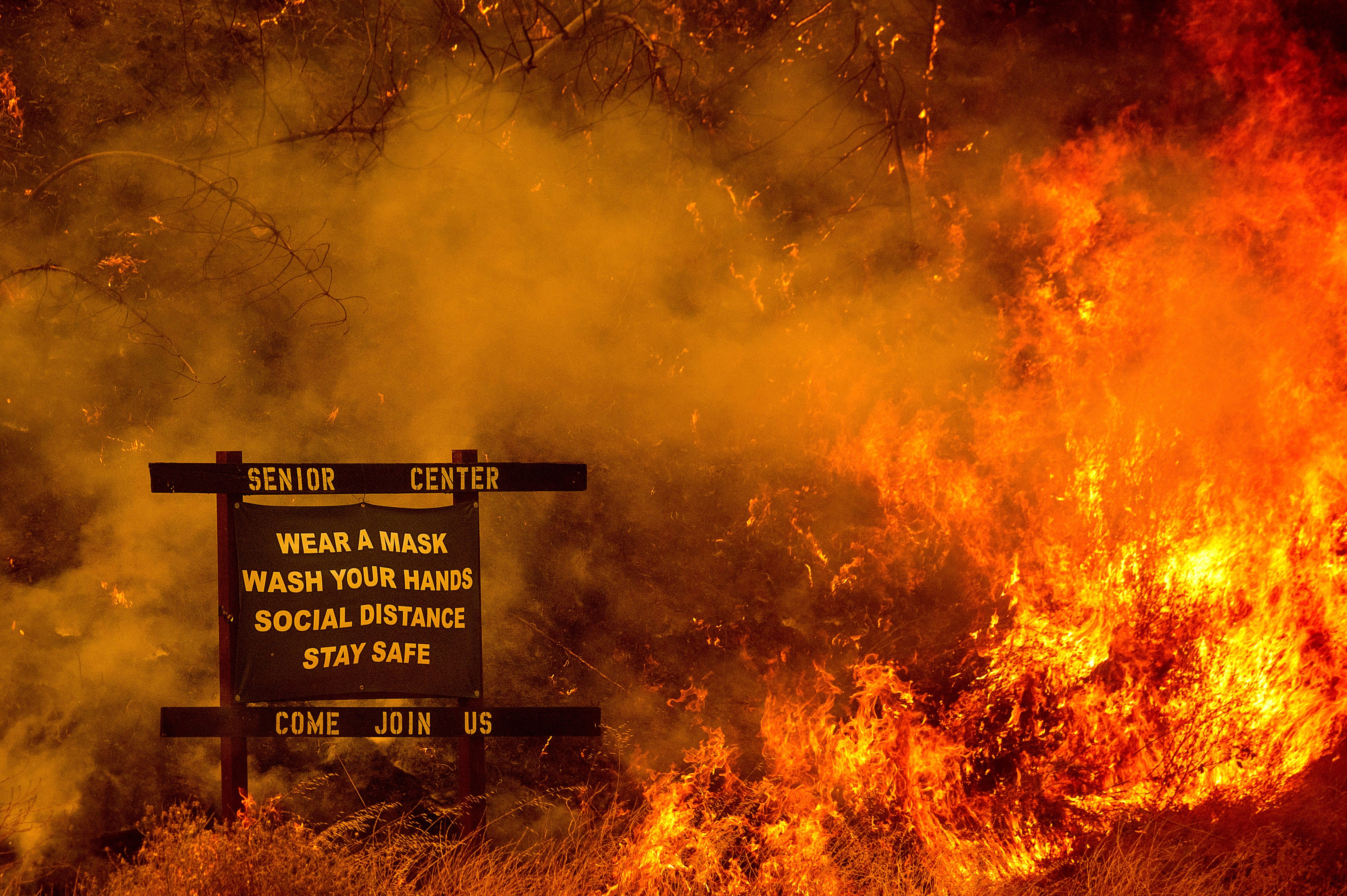 Together, that means three of the four largest fires in California history are burning at once.

All told, more than 3.1 million acres have burned in California in the 2020 season so far â€” vastly eclipsing the previous record of 1.9 million acres from 2018. And the time of year when the state usually faces the highest fire risk, late September, is still to come.

“The sheer amount of fire on the landscape is surreal, and no one I have talked to can remember anything like it,” Nick Nauslar, a meteorologist with the National Interagency Fire Centre, told the Washington Post.

Another huge fire currently raging in the state, the North Complex Fire, has burned more 247,000 acres in and around Butte County, destroyed 2,000 structures, and killed 10 people. Sixteen people are still missing.

“We had a massive wall of fire that came in and did everything it could to destroy everything in its path and unfortunately, there were some communities right in the way,” Cal Fire spokesman Rick Carhart said on Thursday, according to the Sacramento Bee.

Officials at the California Department of Forestry and Fire Protection (Cal Fire) compared that blaze’s destructive impact to the 2018 Camp Fire, which killed 86 people in the same region.

Recent trends show a clear pattern: California’s 10 largest wildfires ever have all occurred since the year 2000. Five of those 10 happened this year.

Bigger and more frequent seasonal blazes are expected to erupt more and more often as land gets hotter and drier due to climate change. A recent analysis out of Stanford University found that since the 1980s, the average temperature during California’s wildfire season has risen by more than 2 degrees Fahrenheit. Overall precipitation in the season, meanwhile, has dropped by 30%. Those conditions have more than doubled the state’s number of extreme wildfire risk days in the autumn. 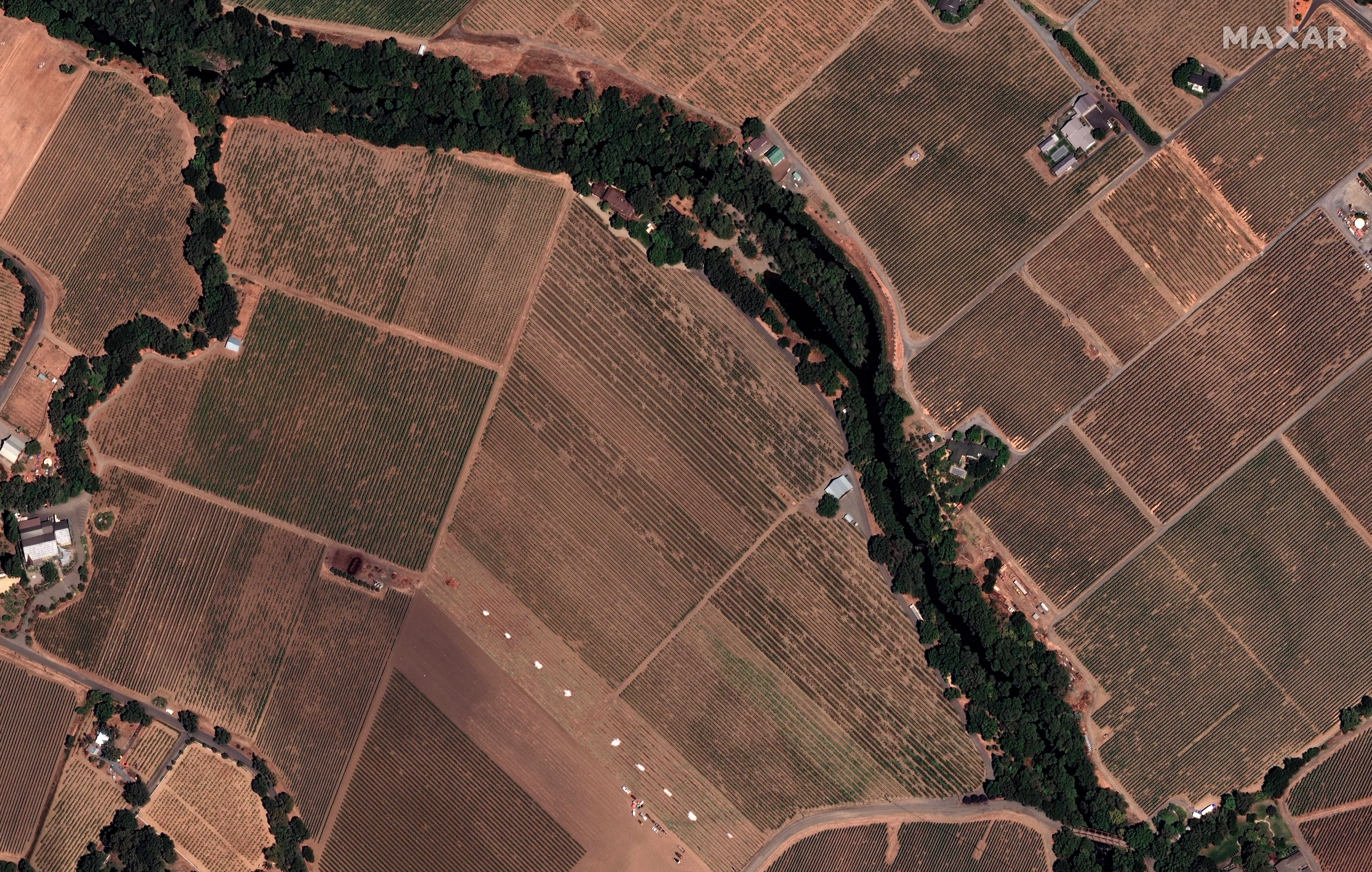 California’s average fire season now lasts 75 days longer than it did in the early 2000s, according to Cal Fire.

“This is very much a way station on the path to a new future,” Daniel Swain, a climate scientist at the University of California, Los Angeles, told BuzzFeed News on Thursday. “We have not reached the peak. In fact, no one knows where the peak is.”

This year in particular, California had its driest February since at least 1864. In some parts of the state, including San Francisco, not a single drop of rain fell. January was also fairly dry, and both months were hotter than usual. Snowpack in the Sierras only reached 44% of normal levels. Dry conditions in the winter lead to dry foliage in the spring and summer â€” prime fuel for wildfires.

A 2015 study found that climate change accounted for up to 27% of the extreme drought conditions in the state from 2012 to 2014 and “substantially increased the overall likelihood of extreme California droughts.”

But even when there isn’t a decrease in rainfall, higher temperatures cause more water to evaporate from soil, drying out the land.

Hundreds of thousands of acres burning in Oregon and Washington

A study published in January predicted that in the Pacific Northwest region, climate change “will drive lower fuel moisture and longer fire seasons in the future, likely increasing the frequency and extent of fires compared to the twentieth century.”

That prediction is bearing out. Across the entire West Coast, there are nearly 100 large fires.

“It is the bellwether of the future. We are feeling the acute impacts of climate change,” Gov. Brown tweeted on Thursday. “We are seeing its acute impacts in Oregon, on the West Coast and frankly in the entire world.”