LIVE UPDATES: Bernie Sanders wins the California Democratic primary, a critical event in the race for the nomination 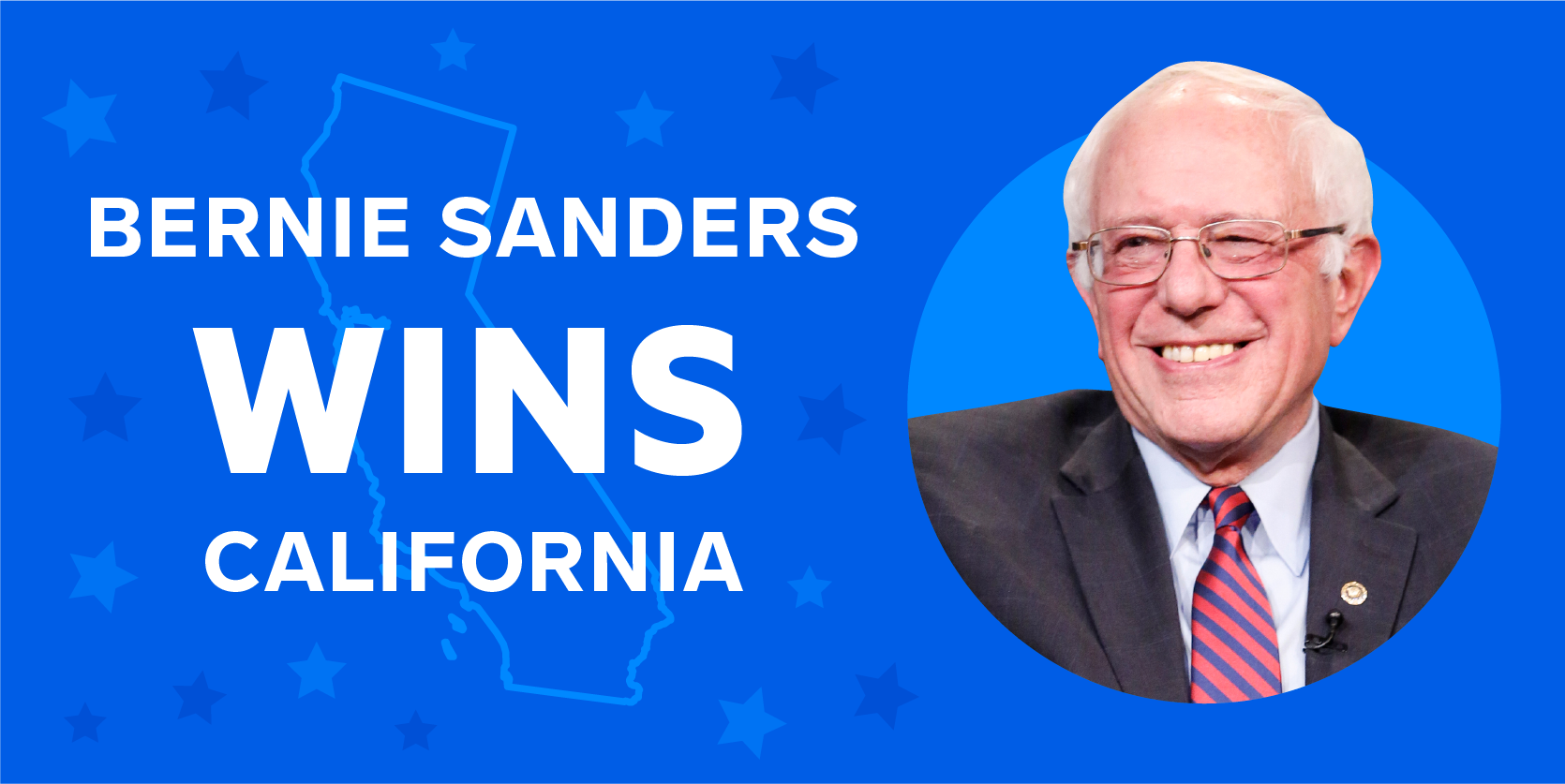 Sanders has won the California contest, easily the biggest prize on Super Tuesday with over 10% of the total number of delegates to the July convention at stake.

Election-night totals in Tuesday’s California Democratic presidential primary, held on March 3, showed a lead for Sen. Bernie Sanders of Vermont, but the race was too early to call until Thursday, March 12, when more ballots were counted.

On the night of the election, Sanders held an 8.7% lead over former VP Joe Biden Biden, which has since narrowed down to a 6.8% lead as the late mail-in ballots have favoured the former Vice President.

While Biden has steadily gained vote share, now up nearly 3% compared to election night, Sanders’ vote share only gained about 1% since Super Tuesday itself.

Partly due to the consolidation in the field right before Super Tuesday as multiple candidates including Sen. Amy Klobuchar and former Mayor Pete Buttigieg dropped out of the race to endorse Biden, Decision Desk HQ held off on calling the race to await more mail-in votes.

A win in California is a bright spot for Sanders, who has mightily struggled on both Super Tuesday and the March 10 primaries voting amid a nationwide surge for Joe Biden. On March 10, Biden won four of the day’s six primaries with Washington, which votes almost entirely by mail, still left to report full results.

While the polls closed at 8 p.m. local time on Tuesday, final results were not available for over a week because of some of California’s unique election procedures.

California heavily relies on vote-by-mail to make participating in elections more accessible. As NPR noted, 60% of California voted by mail in the 2018 midterms, a far larger proportion than in most states.

But mailed-in ballots are accepted up to three days after the day of an election as long as they are postmarked by Election Day. In 2018, it took days in some cases for officials to fully process all absentee and mail-in ballots so news organisations could call races.

While the state also allows same-day voter registration, people who register on the day of the election cast provisional ballots that are not fully counted and processed until election officials can verify the details of their voter registration and confirm they are eligible voters.

All those features are intended to improve voter turnout by making voting easier and more accessible, but they also mean final totals are days or weeks away.

California is the biggest delegate prize of both Super Tuesday and the entire Democratic primary process, allocating 415 pledged delegates, which is over 10% of the total number of delegates.

About one-third of California’s pledged delegates are allocated at the state level, with the other two-thirds allocated by California’s 53 congressional districts.

Based on the incomplete results so far, Decision Desk HQ projects that Sanders will win 156 delegates out of California compared to 108 for Biden, five for former Mayor Mike Bloomberg, and three for Sen. Elizabeth Warren, the latter two of which dropped out of the race.

As in most other states, candidates must earn over the minimum threshold of 15% of the vote in a given district or statewide to earn any delegates. 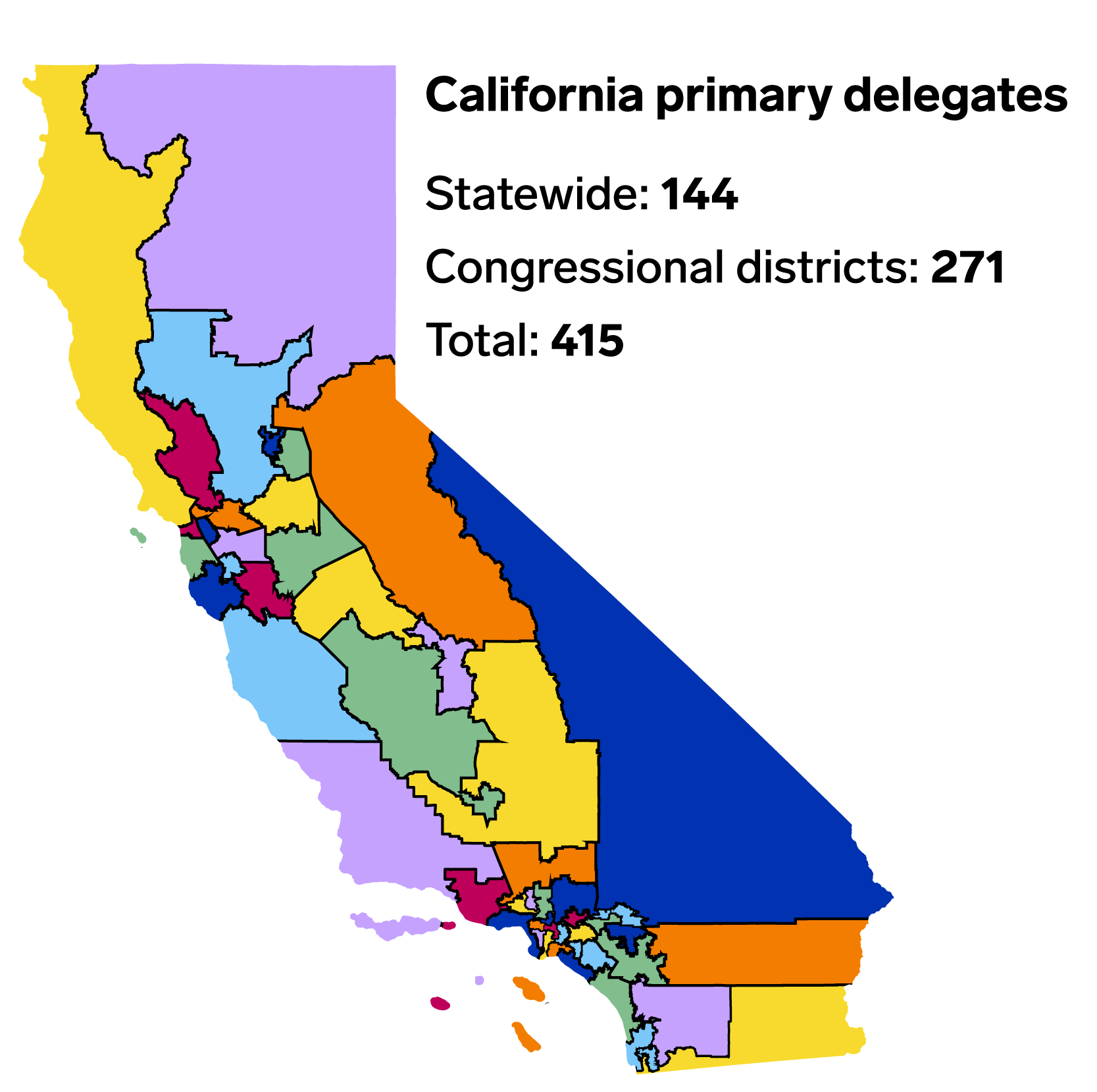 According to FiveThirtyEight’s average of the latest polling data, Sen. Bernie Sanders led the pre-primary polls in California by a wide margin with an average of 34% support compared with 18% for former Vice President Joe Biden, 15% for Sen. Elizabeth Warren, 13% for former Mayor Mike Bloomberg, and 4.6% for Sen. Amy Klobuchar.