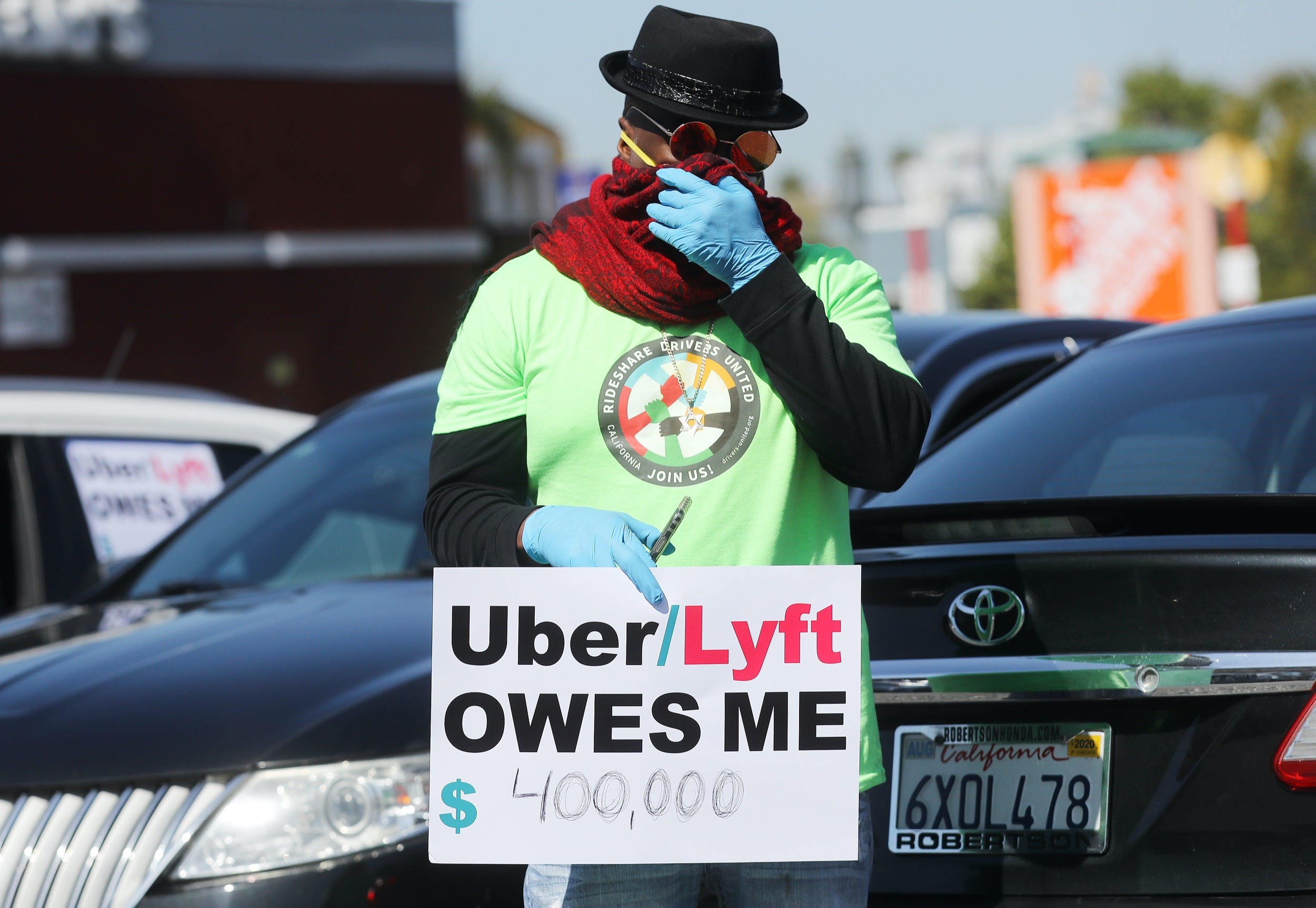 Mario Tama/Getty ImagesDrivers in California sued Uber and Lyft, claiming the companies owe them $US630 million in back wages.

A California appeals court handed Uber and Lyft a major legal defeat on Thursday, ruling that a lower court was correct in granting an injunction forcing the companies to reclassify their drivers as employees under the state’s gig worker law AB-5.

In their ruling, judges from California’s first district Court of Appeal said they were “unpersuaded” by arguments from Uber and Lyft that the lower court erred in issuing the injunction.

The judges also invoked the late Supreme Court Justice Ruth Bader Ginsburg in their ruling, noting that her “cogent explanation” of the legal test for reviewing a trial court’s decision to issue an injunction played a key role in its analysis of the case.

“This decision makes it abundantly clear that Uber and Lyft have been breaking the law for years,” San Francisco city attorney Dennis Herrera said in a statement Thursday evening.

“This is a victory for the people of California and for every driver who has been denied fair wages, paid sick days, and other benefits by these companies. For too long Uber and Lyft have illegally denied their drivers basic workplace protections and shifted that burden onto drivers and taxpayers. Uber and Lyft have pocketed millions of dollars by leaving drivers in the lurch and taxpayers to foot the bill,” Herrera said.

The ruling doesn’t take effect, however, until 30 days after the court issues a remittitur in the case, a step that kicks the case back to the lower court after any further legal challenges â€” or lack thereof â€” to Thursday’s ruling.

Uber and Lyft both told Business Insider that they’re weighing all legal options.

Based on the typical timeline for issuing a remittitur, it’s unlikely Uber and Lyft will be required to reclassify their drivers before election day, putting the issue in the hands of California voters.

Uber, Lyft, and other ride-hailing and food delivery companies including DoorDash, Postmates, and Grubhub have poured nearly $US200 million into Proposition 22, a ballot measure that would exempt the companies from AB-5.

“Today’s ruling means that if the voters don’t say Yes on Proposition 22, rideshare drivers will be prevented from continuing to work as independent contractors, putting hundreds of thousands of Californians out of work and likely shutting down ridesharing throughout much of the state,” Uber spokesperson Davis White told Business Insider.

Lyft spokesperson CJ Macklin also highlighted the ballot measure, telling Business Insider: “This ruling makes it more urgent than ever for voters to stand with drivers and vote yes on Prop. 22,”

Uber and Lyft threatened to suspend service in California if the courts didn’t grant an emergency stay allowing them to keep drivers as contractors pending the outcome of the legal battle â€” a tactic the companies have employed on multiple occasions in other states when faced with legislation they opposed.


Uber and Lyft say the battle over AB-5 is about preserving flexibility for part-time gig workers. The reality is their businesses have become dependent on full-time drivers and they can’t afford to pay them like employees.

But the battle over AB-5 is possibly the most consequential one Uber and Lyft have faced, as evidenced by the aggressive public relations campaign the companies have relied on.

As part of that campaign: Uber reportedly forced drivers and passengers to click on its in-app political ads; Uber paid $US85,000 to the consulting firm of the California NAACP’s president, who endorsed Proposition 22; and the pro-Proposition 22 group funded by Uber and Lyft sent fake “progressive” mailers to voters that falsely claimed to be associated with Bernie Sanders and other progressive politicians (Sanders and the California Democratic Party have come out against Proposition 22).