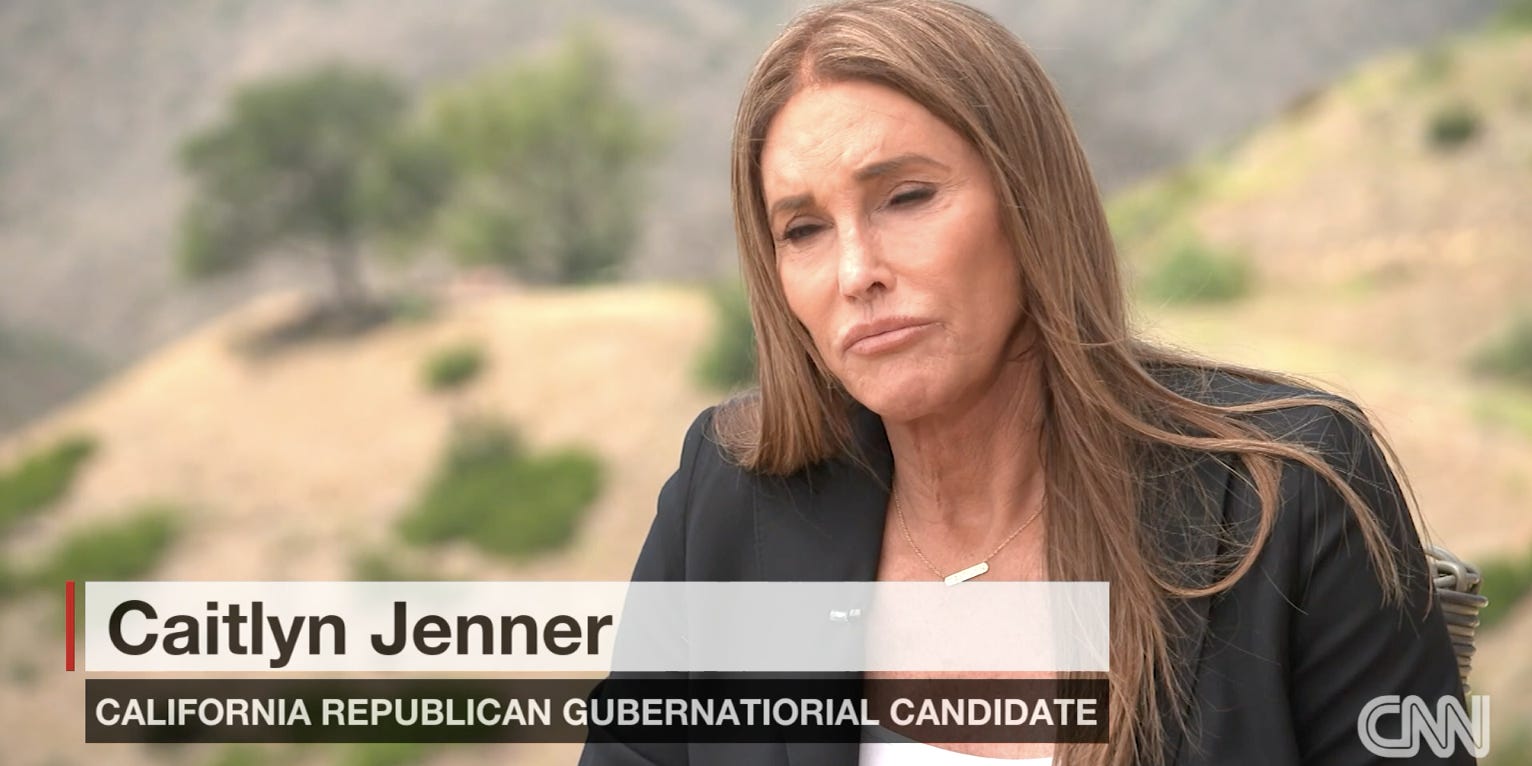 Caitlyn Jenner, who’s running for governor in California, said she supports a path to citizenship for undocumented immigrants and that the surge of migrants at the southern border prompted her to seek higher office.

“I am for legal immigration, okay,” Jenner told CNN in a new interview airing Monday night. “What’s been happening on the border was honestly one of the reasons I decided to run for governor. I was watching people dying come across the river, kids in cages – whatever you want to call them.”

California is home to roughly a quarter of the nation’s 11 million undocumented immigrants. Jenner said they should “absolutely” have a chance to become US citizens and that she would “fight for them.”

“There’s a lot of people. But personally, I’ve met some of the most wonderful people who are immigrants, who have come to this country, and they are just model citizens. They are just great people,” Jenner said.

On deportations, Jenner said “the bad ones have to leave,” pointing to those who have criminal records or are involved in the MS-13 gang.

“The list goes on,” Jenner said. “It’s a lot of bad people that are trying to cross our border illegally. I don’t want those people in our country.”

Jenner, 71, backed former President Donald Trump in the 2016 election but withdrew her support for him following his policies on LGBTQ issues. Jenner has reportedly consulted with former Trump aides for her campaign.

Jenner would become California’s first ever transgender governor should she win, but she has faced backlash from LGBTQ activists since announcing her gubernatorial bid. Several have recently criticized Jenner after she said she was against trans girls participating in girls’ sports in school. Jenner stood by her statement, saying: “I want to be a role model and a leader.”