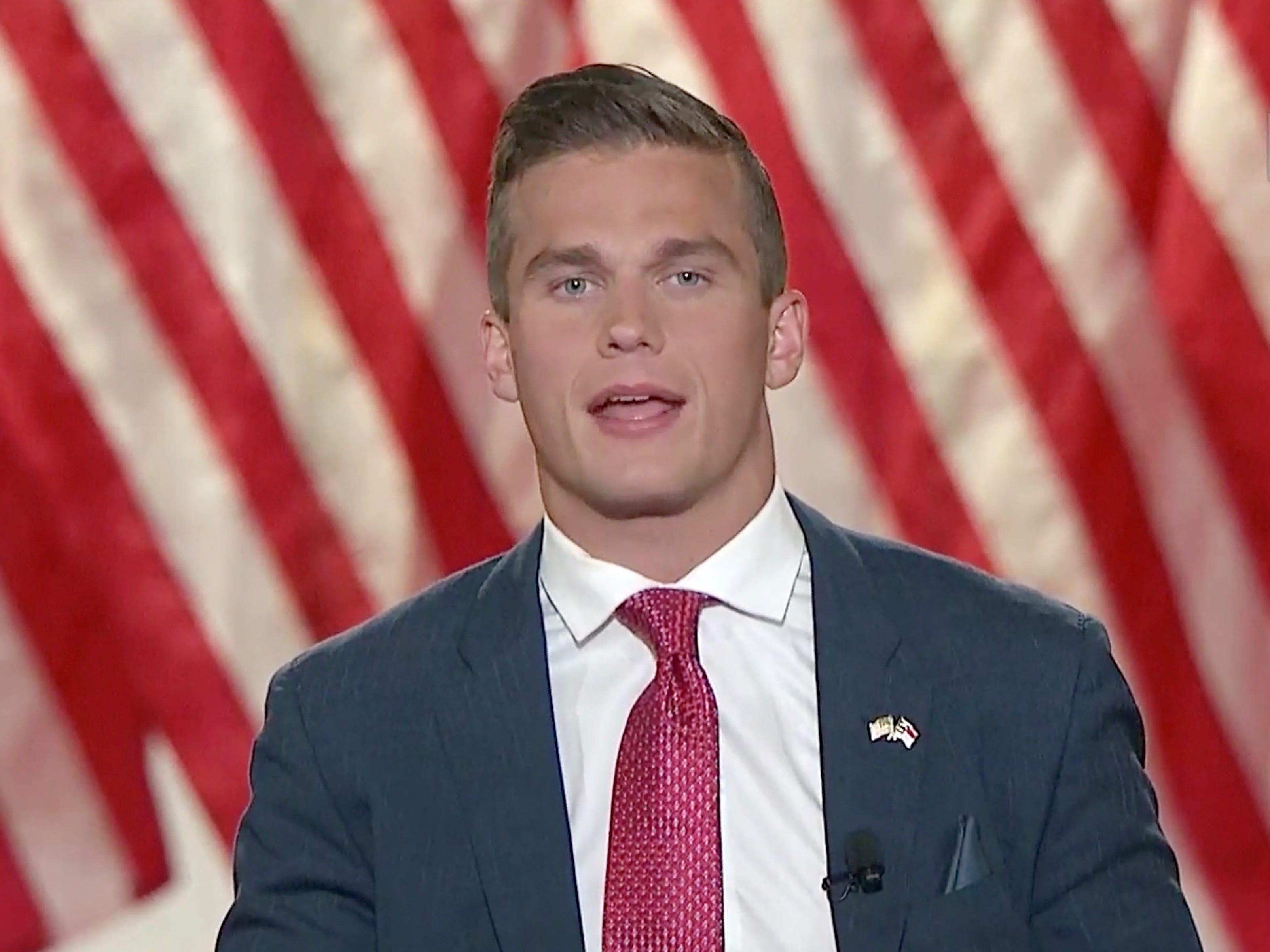 Courtesy of the Committee on Arrangements for the 2020 Republican National Committee via Getty ImagesRep. Madison Cawthorne (R-North Carolina).

Rep. Madison Cawthorn’s former classmates said he would use his car to corner women with sexual advances in off-campus drives, according to a BuzzFeed News investigation.

Students said that Cawthorn, a 25-year-old Republican from North Carolina, was known for this behavior while at Patrick Henry College, a small Christian school in Virginia that the lawmaker briefly attended in the fall of 2016.

Two resident assistants said they would warn women in their dorm not to go for rides with Cawthorn in his white Dodge Challenger. Cawthorn reportedly referred to these rides as “fun drives.”

“I got info from other RAs to warn the female student body not to go on joy rides with him because bad things happened on those joy rides,” Giovanna Lastra, one of the former RAs, told BuzzFeed.

One woman, Caitlin Coulter, recalled going on a drive with Cawthorn in which he asked invasive questions about the purity ring she was wearing. After 20 minutes of refusing to answer his questions, his demeanor changed and he drove dangerously back to campus.

BuzzFeed’s investigation comes after other allegations were made before the freshman representative was elected in November of last year.

In August of 2020, World Magazine reported that one woman, Katrina Krulikas, said Cawthorn had forcibly kissed her in 2014, when Cawthorn was 19 and she was 17.

On a drive, Cawthorn asked Krulikas questions about whether or not she had sex before pressuring her to sit on his lap. He attempted to kiss her but she turned away. Cawthorn then tried again, holding her face, causing her to struggle to jump out of his lap.

During a campaign event in September 2020, Cawthorn denied the report, saying “I have never done anything sexually inappropriate in my life,” the Citizen Times reported.

However, Cawthorn apparently apologized to Krulikas in a text from February 2020 after a friend of hers mentioned the incident in response to one of his campaign texts. “I can see in hindsight how that was over the line and I am sorry,” he wrote.

Cawthorn has also come under scrutiny for questionable claims he has made about his past, including that he was training for the Paralympic Games and that the accident that put him in a wheelchair was the reason he could not atttend the Naval Academy.