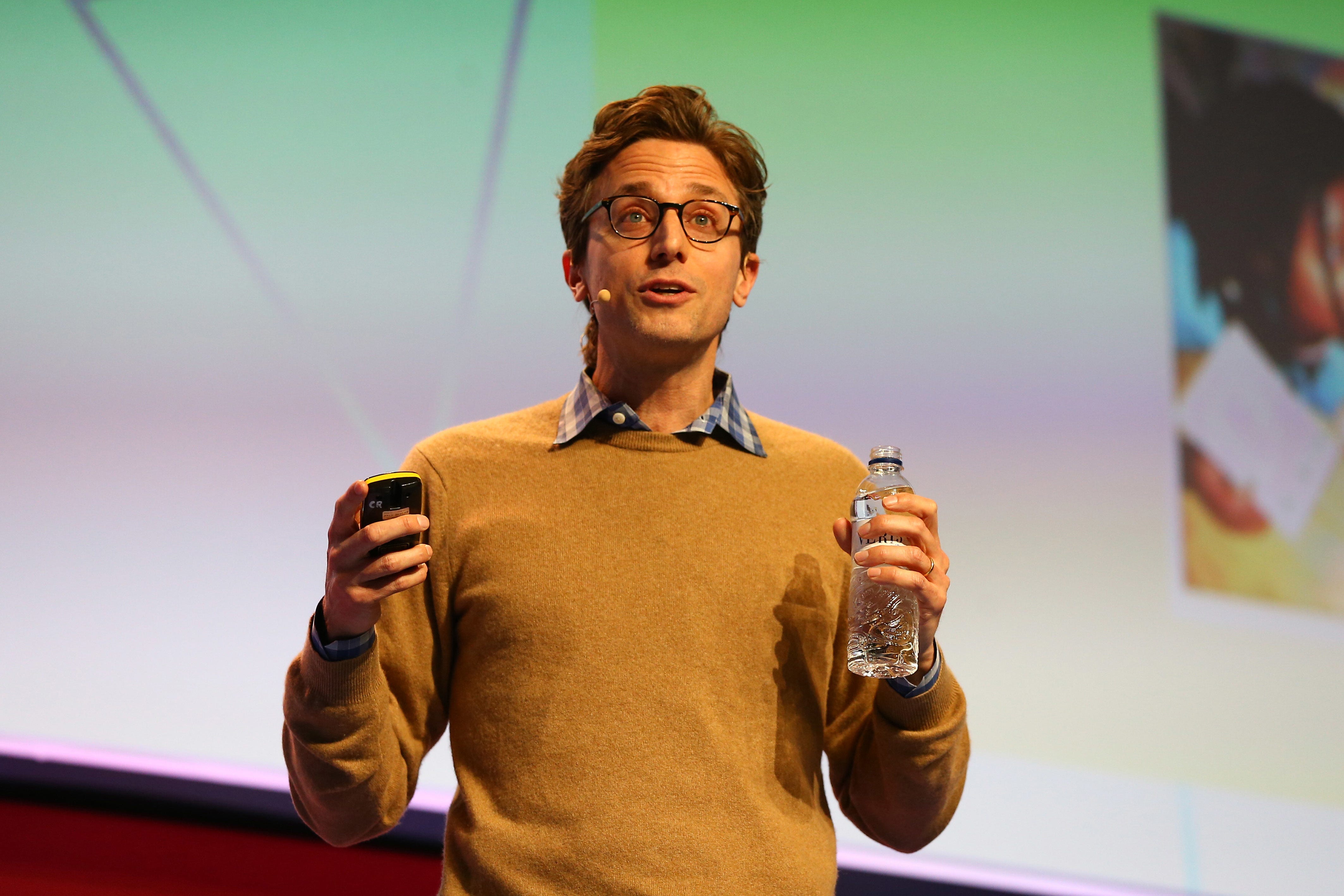 AOP.Press/Corbis via Getty ImagesJonah Peretti, the BuzzFeed founder and CEO, at the Mobile World Congress in 2016.

Verizon will get a noncontrolling stake in BuzzFeed in return.

In addition to the all-stock deal, Verizon is investing cash in BuzzFeed, according to The Journal.

As a result of the deal, the two newsrooms will be able to syndicate each other’s content and team up for advertising deals.

Jonah Peretti, the BuzzFeed founder and CEO and a cofounder of The Huffington Post, will be in charge of the expanded media giant.

The two newsrooms will continue to operate as separate entities, the companies said in a press release.

“Verizon Media’s strategy has evolved over the past two years to focus on our core strengths â€” ads, commerce, content and subscriptions,” Verizon Media CEO Guru Gowrappan said in the release. “We’ve created a powerhouse ecosystem, built on a trusted network, that delivers an end-to-end experience for consumers and advertisers. The partnership with BuzzFeed complements our roadmap while also accelerating our transformation and growth.”

Peretti said in the statement: “We’re excited about our partnership with Verizon Media, and mutual benefits that will come from syndicating content across each other’s properties, collaborating on innovative ad products and the future of commerce, and tapping into the strength and creativity of Verizon Media Immersive.

“I have vivid memories of growing HuffPost into a major news outlet in its early years, but BuzzFeed is making this acquisition because we believe in the future of HuffPost and the potential it has to continue to define the media landscape for years to come,” Peretti said. “With the addition of HuffPost, our media network will have more users, spending significantly more time with our content than any of our peers.”

Arianna Huffington, the HuffPost founder, said on Twitter: “So happy to see HuffPost and Buzzfeed coming together 15 years after Jonah Peretti started HuffPost with Kenny Lerer and me. Such exciting news and looking forward to all that’s to come!”

So happy to see HuffPost and Buzzfeed coming together 15 years after Jonah Peretti started HuffPost with Kenny Lerer and me. Such exciting news and looking forward to all that's to come!

BuzzFeed will also help look for an editor in chief for HuffPost, which has been without one since Lydia Polgreen left for Gimlet Media in the spring.

The deal comes in a tumultuous period for media and especially venture-capital-backed digital media companies.

What was supposed to be a year of stabilisation and profitability for these companies changed when the coronavirus pandemic struck. Once high-flying companies like BuzzFeed, Vice Media, and Group Nine variously cut pay, laid off staffers, and rewrote expectations as advertisers slashed marketing budgets as much as 50%.

The period was a particularly tough test for BuzzFeed, a heavily funded digital media company that made an ambitious but costly bet on news, with a newsroom that reached 300 people.

Earlier, venture-backed media companies ran into trouble when the Facebook traffic they relied on was cut back and advertisers spent more of their budgets with Google and Facebook.

The media outlets branched out to revenue streams like subscriptions, events, and e-commerce when advertising failed to bring in enough revenue to justify their hefty valuations, but those efforts were only partially successful.