Burger King is taking a page out of McDonald's playbook, with Amazon-esque drive-thrus that predict what you want to order 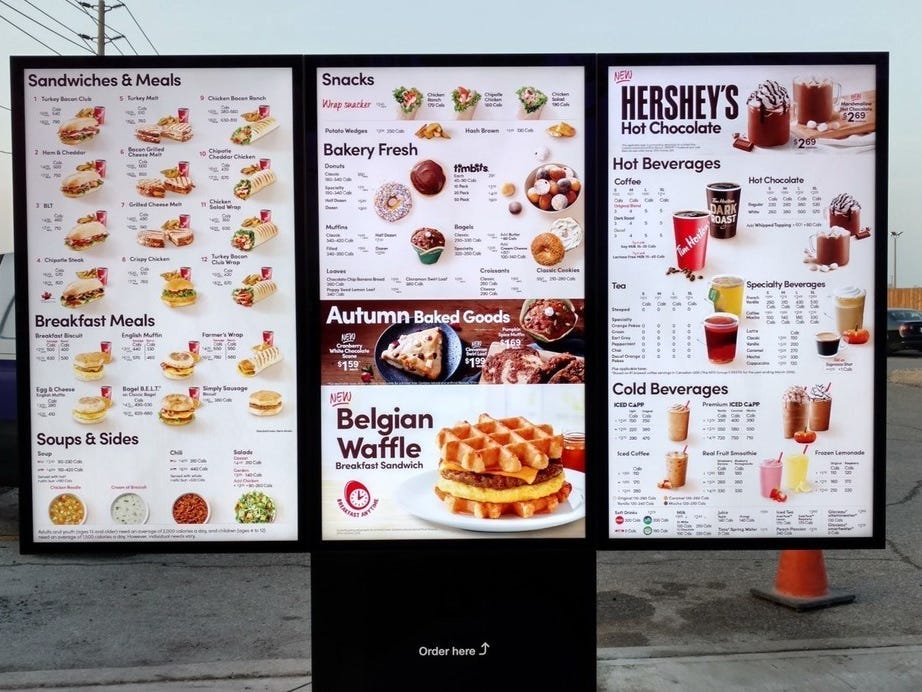 Burger King, Tim Hortons, and Popeyes are revamping thousands of drive-thrus, as the fast-food industry fights to win over to-go customers during the pandemic.

Parent company Restaurant Brands International announced on Tuesday that it has started installing high-tech drive-thrus at 10,000 Burger Kings and Tim Hortons. Roll out of the new drive-thrus at Popeyes will begin next year.

The revamped drive-thrus will feature digital screens with predictive selling technology, which pushes menu items based on factors such as what the customer is adding to their order, the weather, and the time of day.

For example, if a customer shows up at 7 a.m. and adds a breakfast sandwich to their order, the new digital drive-thru menu might highlight the chain’s coffee options. McDonald’s debuted similar drive-thru tech following its $US300 million acquisition of artificial intelligence startup Dynamic Yield last year.


Read more:
How McDonald’s is spending millions of dollars to regain its crown as drive-thru king

Digital menu boards will also give chains the ability to integrate loyalty programs and even contactless payment into the drive-thru lane. Frank Liberio, Restaurant Brands International’s chief information officer, told Business Insider that the pandemic helped convince the company to revamp its drive-thrus.

“It’s something we had been discussing even before the pandemic, to be honest,” Liberio said. “But I think, maybe, the urgency got ramped up a bit with the pandemic, with more folks going through the drive-thru rather than in store.”

Beyond tech upgrades, Restaurant Brands International is also installing double drive-thrus whenever possible, essentially doubling capacity. According to Liberio, the drive-thru lane is only going to become a bigger part of Burger King, Popeyes, and Tim Hortons’ business down the road.

“We’re looking at double drive-thrus wherever we can put them in, to increase the firepower and our ability to serve customers even faster,” Liberio said.

Drive-thru is king during the pandemic 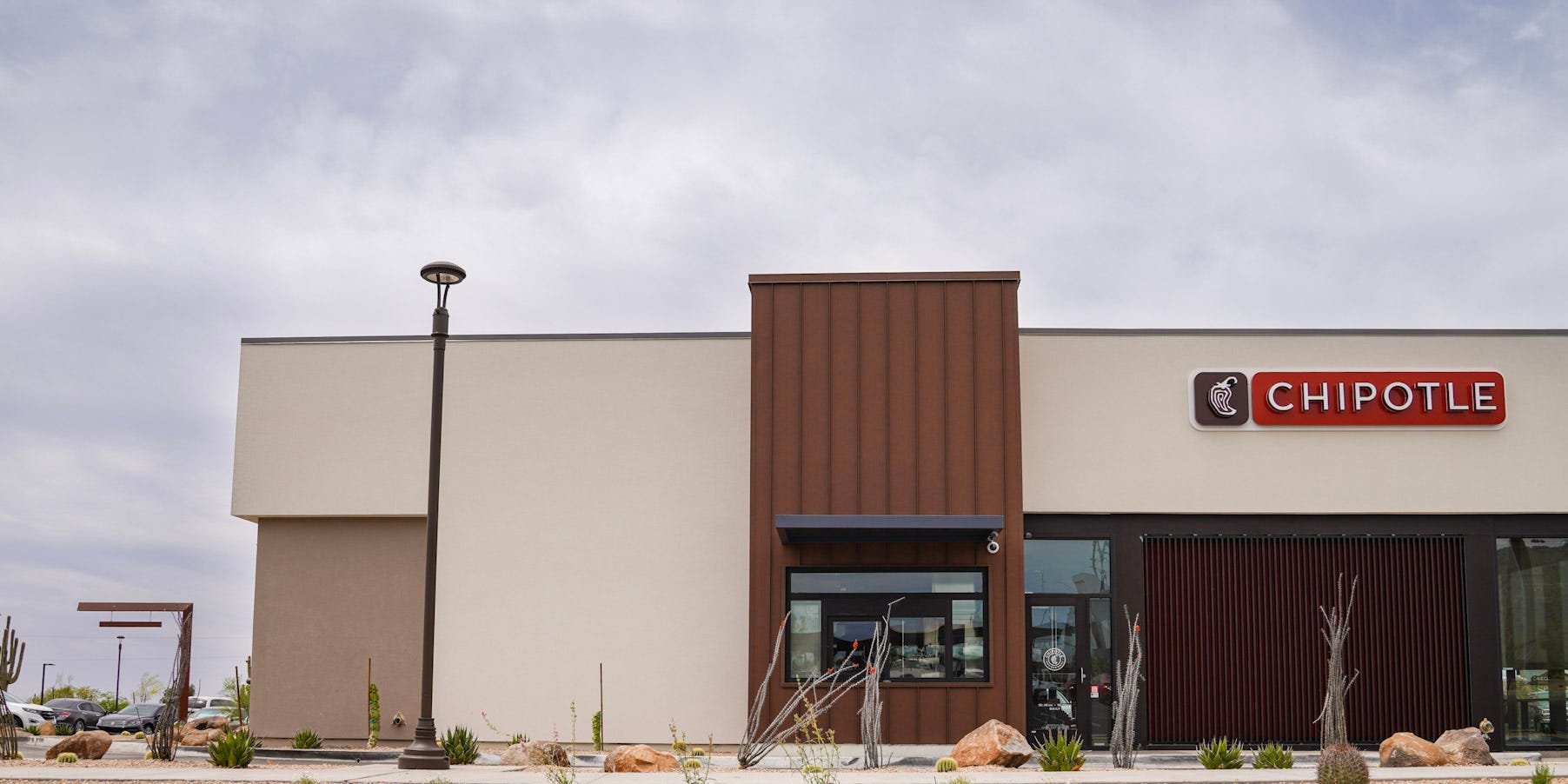 Courtesy of ChipotleChipotle is doubling down on drive-thrus for mobile orders.

The year 2019 brought a drive-thru renaissance, as chains like McDonald’s, Starbucks, and Dunkin’ rolled out high-tech drive-thru revamps. Chipotle started building its first drive-thrus around the same time, with its mobile order-centric “Chipotlanes.”

The renewed emphasis on drive-thru could not have come at a better time. In March, the drive-thru became many chains’ saviour, as indoor dining abruptly closed due to the pandemic.


Read more:
Shake Shack, Panera, and Chipotle open drive-thrus to keep up with fast-food rivals like McDonald’s and Taco Bell

Chains doubled down on drive-thru investments as it became clear that the pandemic was going to last longer than a few months. Shake Shack announced it would open its first drive-thru locations in 2021. Chipotle accelerated its rollout of mobile order drive-thrus, with the company saying that 26 of the 44 new restaurants it opened in the third quarter were “Chipotlanes.”

“While we continue to expect about 60% of new restaurants with a Chipotlane this year, our goal is to have more than 70% openings, including Chipotlanes in 2021,” Chipotle’s chief finance officer Jack Hartung said on a call with investors in October. “Opening more Chipotlanes will not only enhance customer access and convenience, but it also increases new store restaurant sales, margins and returns.”

Companies that already invested in their drive-thru business had a leg up on the competition in recent months. For example,McDonald’s US sales increased 4.6% in the most recent quarter, while Burger King reported on Tuesday that its US same-store sales dropped 3.2%. Tim Hortons’ same-store sales in Canada dropped 13.7% in the same period.

Liberio told Business Insider that the positive return on investment helped franchisees get on board with the plan to modernise their drive-thrus. However, rivals rolling out their own high-tech drive-thrus also played a role.

“Sharing the positive results with them is a big part of it,” Liberio said. “But, when they see it down the street at one of their competitors, I think they also kind of get a sense of: It’s time now for us to do this as well.”