Burger King Japan's 'extreme' new burger has no bun, more than a pound of meat, and is 3 times the price of a Whopper 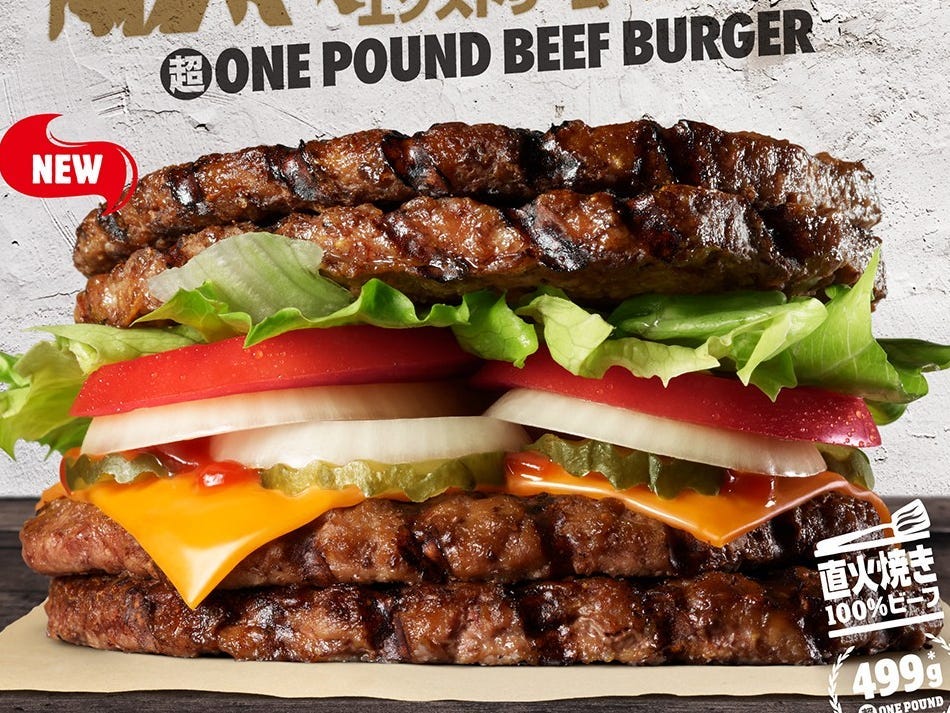 Forget ordering a half- or quarter-pounder next time you want a burger: Burger King Japan’s latest offering contains more than one pound of beef.

Instead, the burger has tomato, lettuce, cheese, onion, and gherkin sandwiched between a total of four beef patties.

The burger weighs 1.12 pounds in total. Almost all of this is the beef.

The chain is even offering stickers to brave diners who order the burger.

But because of the intense meat content, diners have to pay a bit more than usual. It retails at 1400 yen ($US13.50) â€” more than three times the price of a Whopper in Japan.


Read more:
The pandemic is permanently changing fast food as Wendy’s, Burger King, and Chipotle double down on high-tech drive-thrus

The limited-edition burger is only available until December 3, but to mark the occasion, Burger King Japan is also temporarily bringing back its “Maximum Super One Pound Beef Burger.”

The burger, which the chain sold in July, includes the same ingredients as the “Extreme” burger, but adds buns, too.