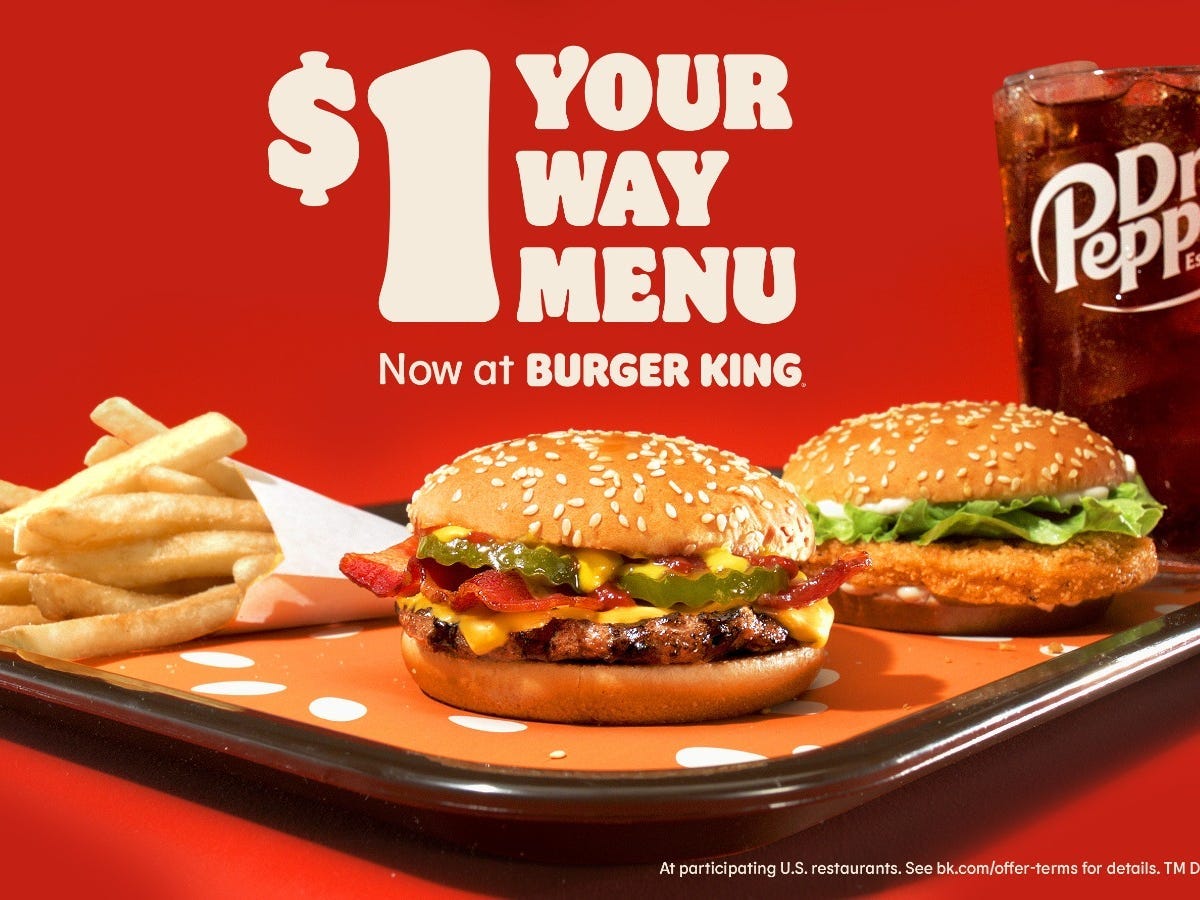 Burger King is launching a dollar menu as many Americans struggle financially during the pandemic-induced recession.

On Monday, Burger King announced it would debut a $US1 Your Way menu on December 28. The menu will consist of four items priced at $US1: a bacon cheeseburger, a Chicken Jr. sandwich, fries, and a soft drink.

Dollar menus have been disappearing in recent years. Since McDonald’s killed its iconic Dollar Menu in 2013, it and other fast-food chains have increasingly relied on bundled deals or promotions tied to mobile apps instead of building out a menu of items that cost a dollar.


Read more:
95% of McDonald’s franchisees vote to cut all ‘non-essential’ contact with corporate in protest over millions in new costs

“It’s important for us to be offering everyday value that’s consistent and easy for the guests to understand and that doesn’t require them to jump through a lot of hoops to access it,” Doty said.

Fast-food chains frequently roll out deals in January, when many customers are more attuned to their budgets. This year is set to be a massive budget battle as chains try to win over customers affected by the rise in unemployment.

“When we think about what might resonate with our guests at any given time of year, setting aside the macroeconomic times, we heavily consider how they’re thinking and feeling â€” what’s going on in our guests’ lives that we might be able to be a solution,” Doty said.

“When we promote a value menu or launch $US1 Your Way menu, being sensitive to when that might be most useful to our guests is definitely top of mind,” Doty added.

Burger King is promoting the new deal by sending randomly selected Burger King customers $US1 via Venmo from Monday until the menu launches on December 28.