If you say 'cancelled clown' 3 times in Burger King restrooms in Sweden, the lights dim and Ronald McDonald appears in the mirror 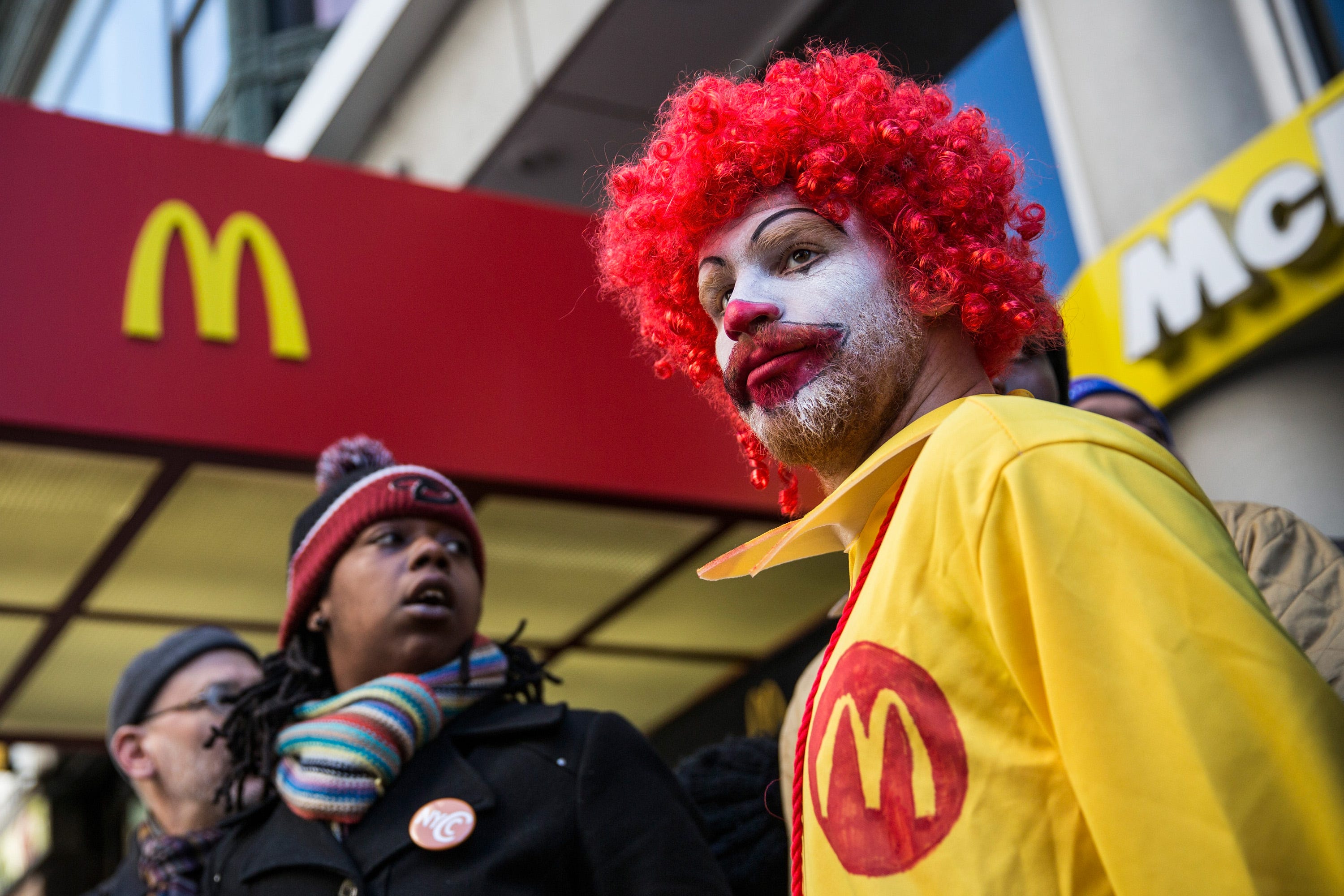 If you say “cancelled clown” three times in front of the mirror in certain Burger King restrooms in Scandinavia, the lights will dim and a vision of Ronald McDonald will appear.

The nightmarish stunt is part of the fast-food chain’s Halloween campaign in Sweden and Denmark, made possible by new voice-recognition software.

The software, installed by a Swedish agency named INGO Stockholm, is trained to listen for the phrase “cancelled clown.” If it hears it three times, it dims the lights, makes a noise, and plays visual effects on a screen behind the two-way “smart mirror.”

“A few years ago, a particular clown got abruptly ‘cancelled’ from his long-standing job at a certain hamburger chain,” Burger King said in text accompanying the campaign. “But this Halloween he is back â€” at Burger King restrooms.

“If you do dare to summon him, it might be worth your while,” Burger King added.

Burger King often jokes about its rivalry with McDonald’s

The campaign, which plays on the “Bloody Mary” urban legend, is far from the first time Burger King has featured its rival, McDonald’s, in its marketing.

In December 2018, Burger King customers could get a Whopper for just $US0.01 if they went within 600 feet of a McDonald’s.

In July, Burger King Finland offered customers free delivery if they ordered their food to a McDonald’s, and it placed ads for this outside McDonald’s restaurants.

Recently, Burger King Luxembourg and Belgium asked the Michelin Guide to review its restaurants after suggesting that its new burger was worthy of a coveted Michelin star.