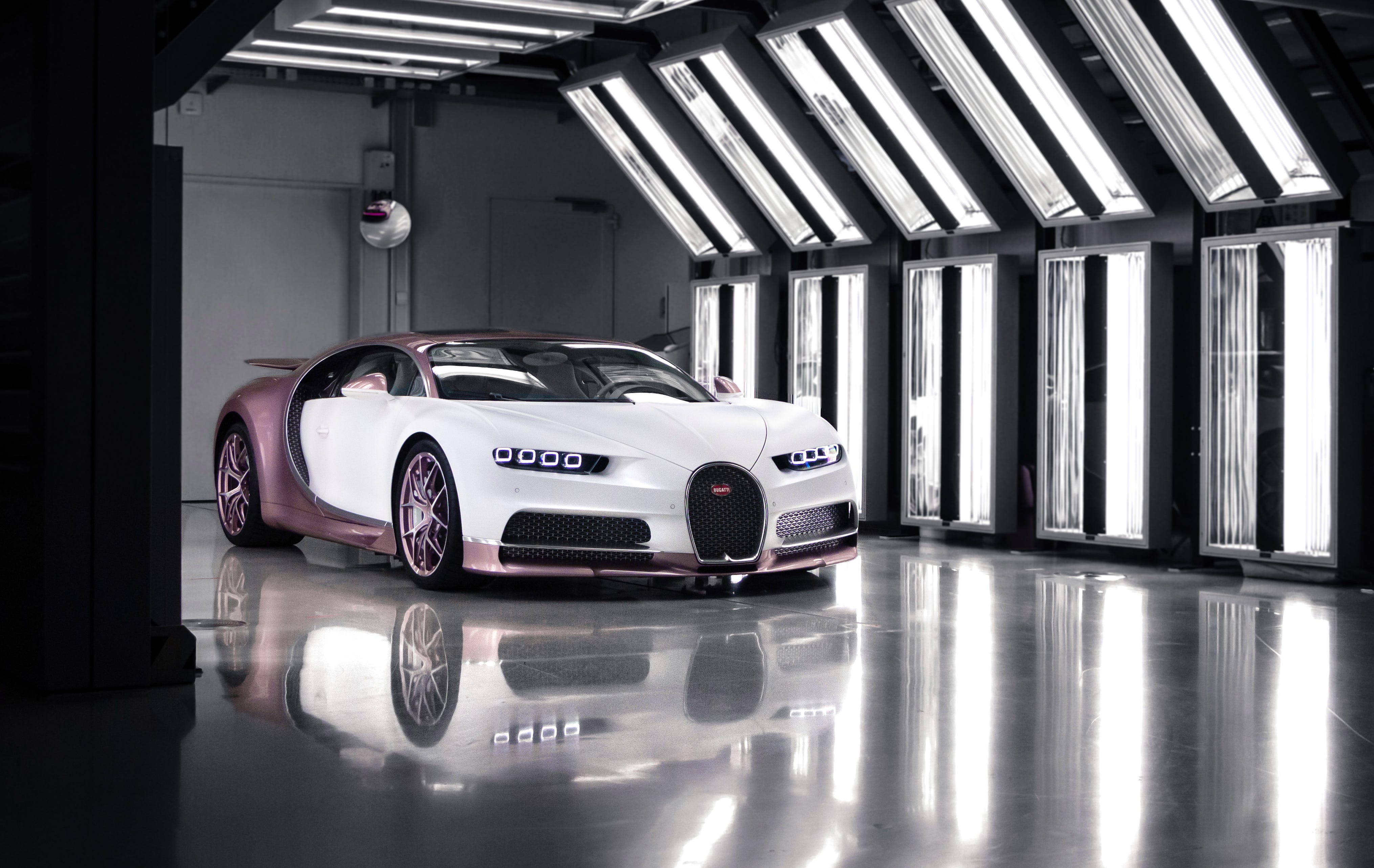 One thing I’ll never understand about wallet-busting supercars â€” and perhaps this is because, to my disappointment, I am not the target demographic for wallet-busting supercars â€” is how they so often rely on the same old style choices. Exposed carbon fibre. Classic racing liveries. Stripes. Red paint. When you have all the money in the world, you ought to get a little more creative than that.

From time to time, though, people surprise me. They put moon dust in their Aston Martin’s paint. They make Rolls-Royce embroider a portrait of a horse on a door panel. They mash two of their favourite supercars together to make a new one. Or, in this most recent example from Bugatti, they just make the whole thing pink. Pink! 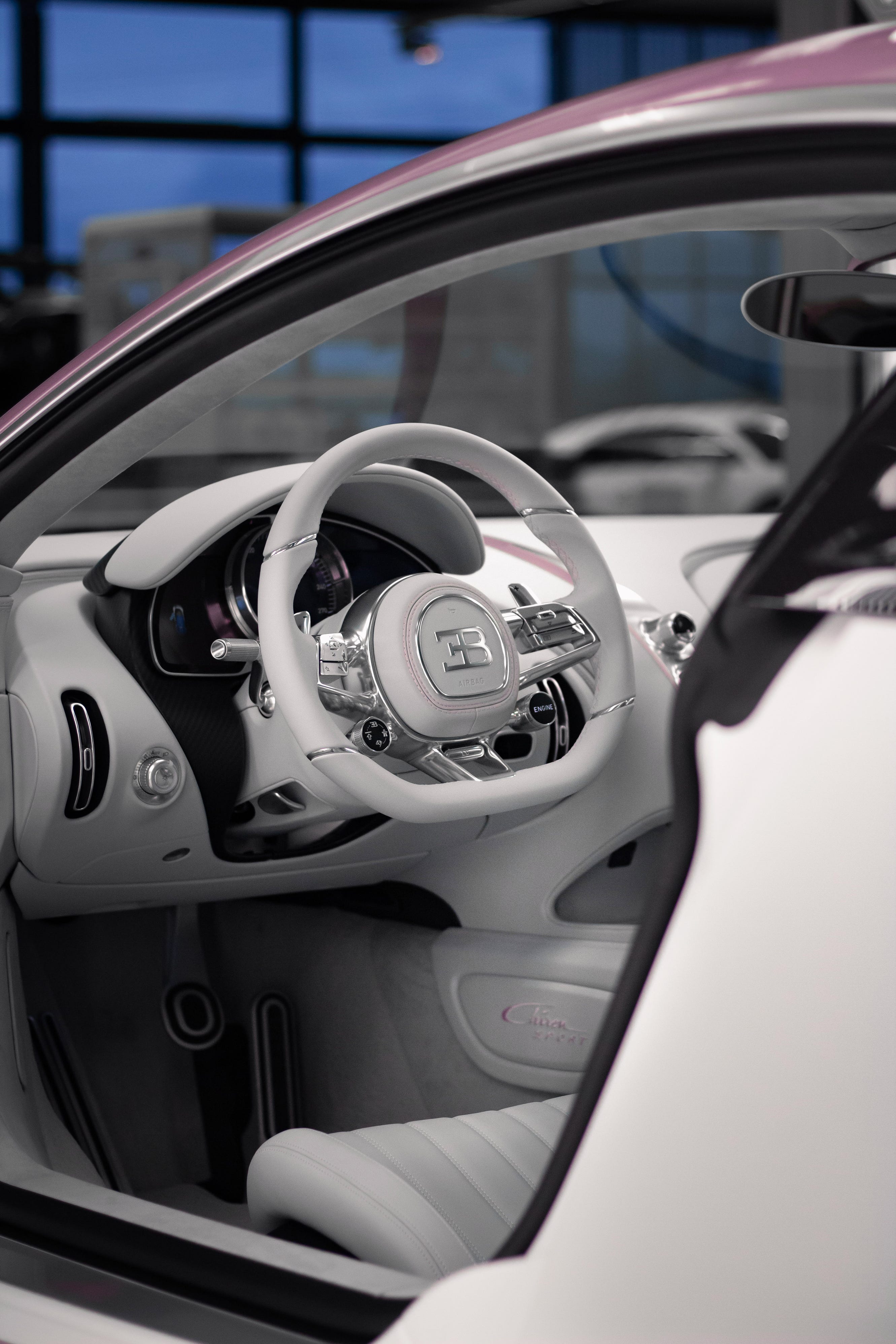 BugattiBugatti said a client commissioned this custom Chiron Sport as a gift for his wife.

Bugatti on Friday announced a very new, very pink rendition of its 1,500-horsepower Chiron Sport supercar, which has an 8.0-litre W16 engine and starts at about $US3.2 million. Bugatti said a customer ordered the “truly unique” Chiron Sport as a gift for his wife and that it’s finished in Matt Blanc and Silk RosÃ©, which are just fancy ways to say “white” and “pink.” The latter is a new colour for Bugatti.

White and pink are the theme inside and out, with pink trim, stitching, and other accents weaved into an interior I would assume closely resembles the gates of Heaven if Heaven emphasised materialism. The white interior, full of leather and suede-like Alcantara, glows with all the airiness of one’s own personal atrium. 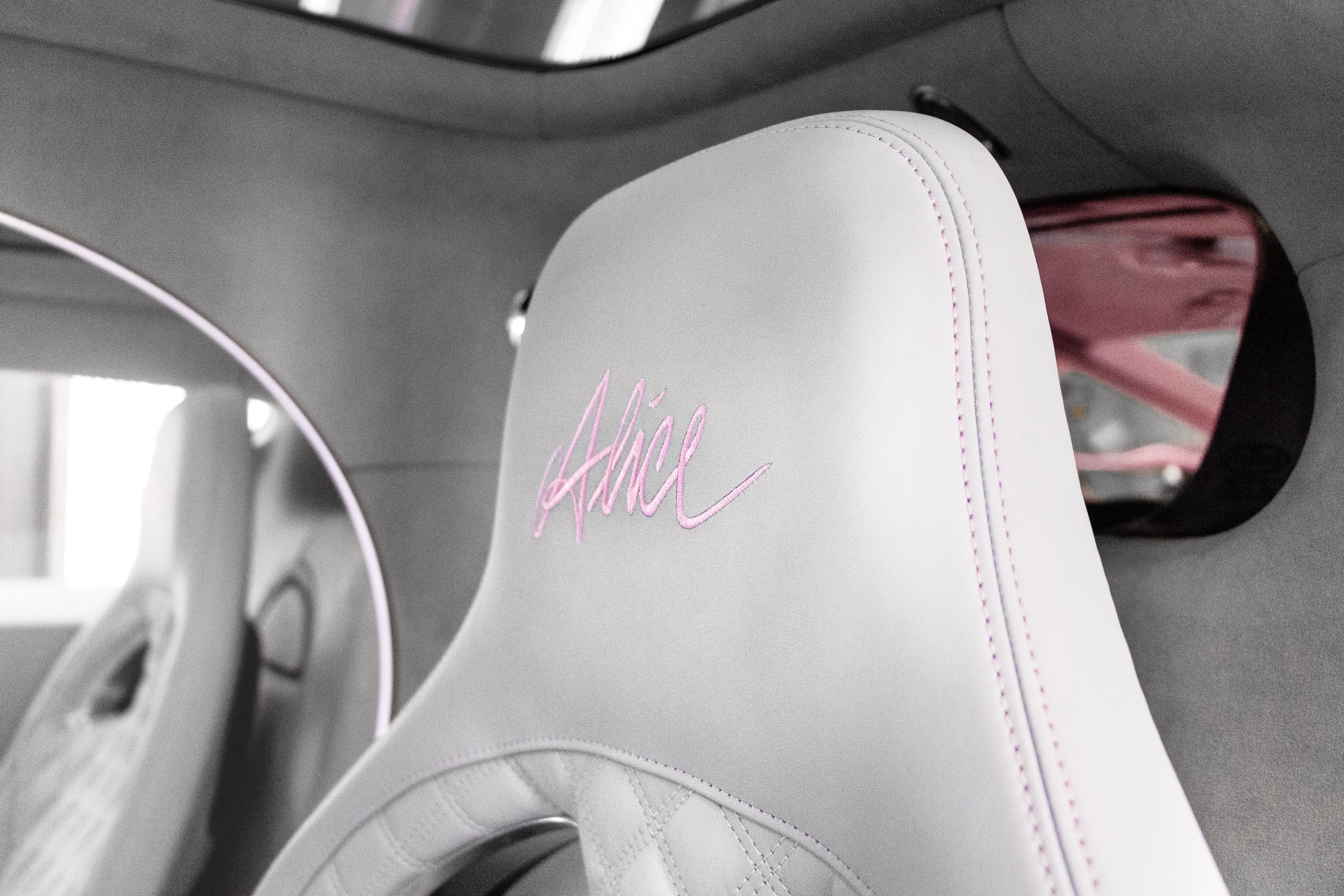 BugattiThe car has ‘Alice’ logos all over it, but Bugatti didn’t say whether the owner’s name was Alice.

The car also has custom “Alice” logos all over it, which the average person would assume is the name of its new owner. But Bugatti doesn’t specify, instead referring to the car as “Alice” and leaving it at that. I guess we all name our cars; we simply don’t go so far as to embroider their names onto the seats. A real oversight on our part.

Bugatti said Alice “typifies the near-infinite number of possibilities in the bespoke Bugatti customisation journey,” and that’s because hyper-customisations â€” and the price hikes that come with them â€” are big business for limited-production carmakers like Bugatti. 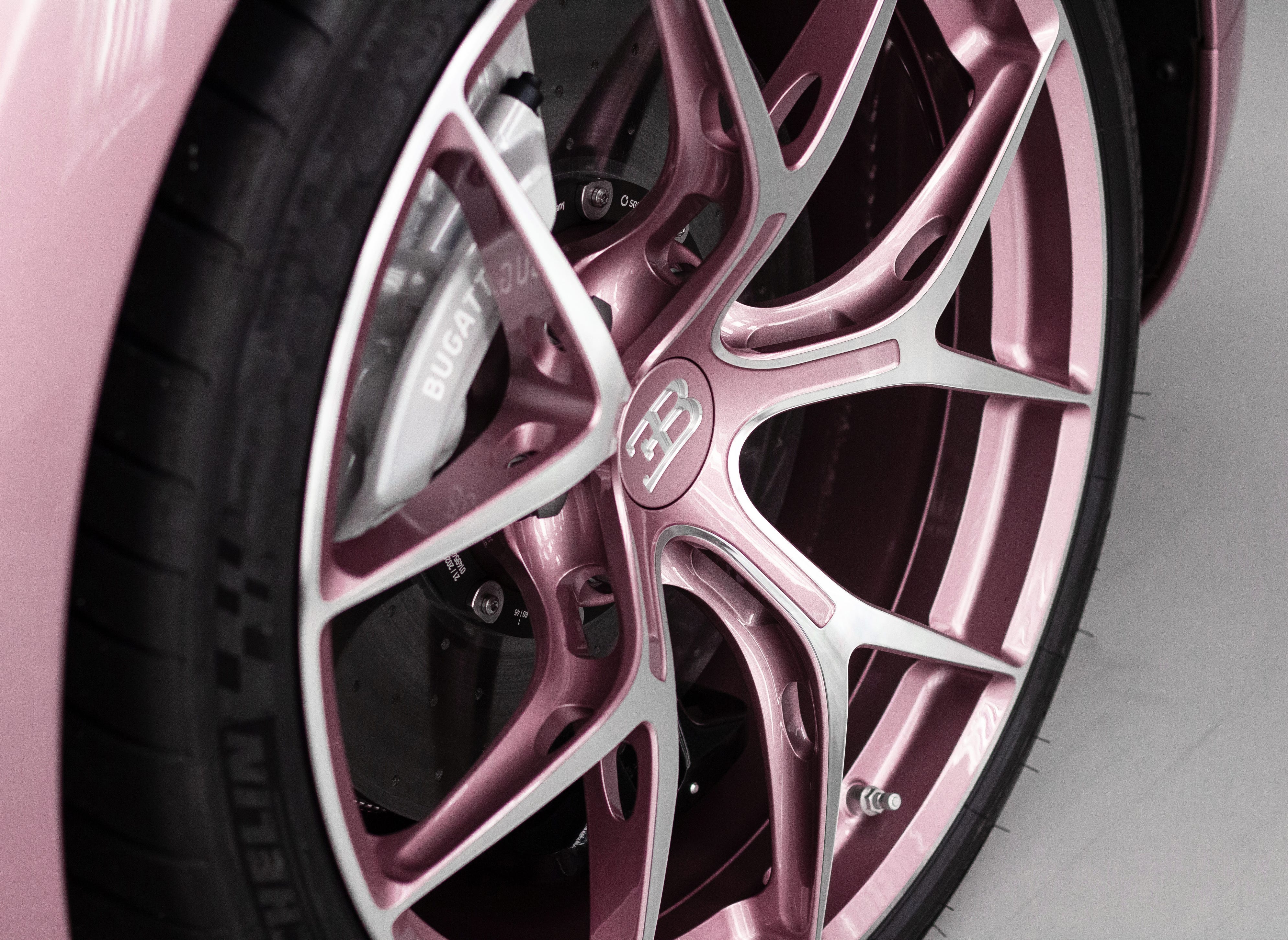 BugattiEven the wheels are pink. The wheels!

Bentley, for example, recently brought back “coachbuilding,” or taking existing car platforms and placing expensive custom-built bodies on top of them. Ferrari, which won’t make you a pink car no matter how much money you give it, will do just about anything else. Last year, the company finished a two-year build on a one-of-a-kind car called the “Omologata.”

Rolls-Royce has a lamp that will simulate your car’s colour under the sun anywhere in the world, allowing you to see whether that shade of blue you like looks nice in both Paris and Monaco. That can make or break a choice, I hear. 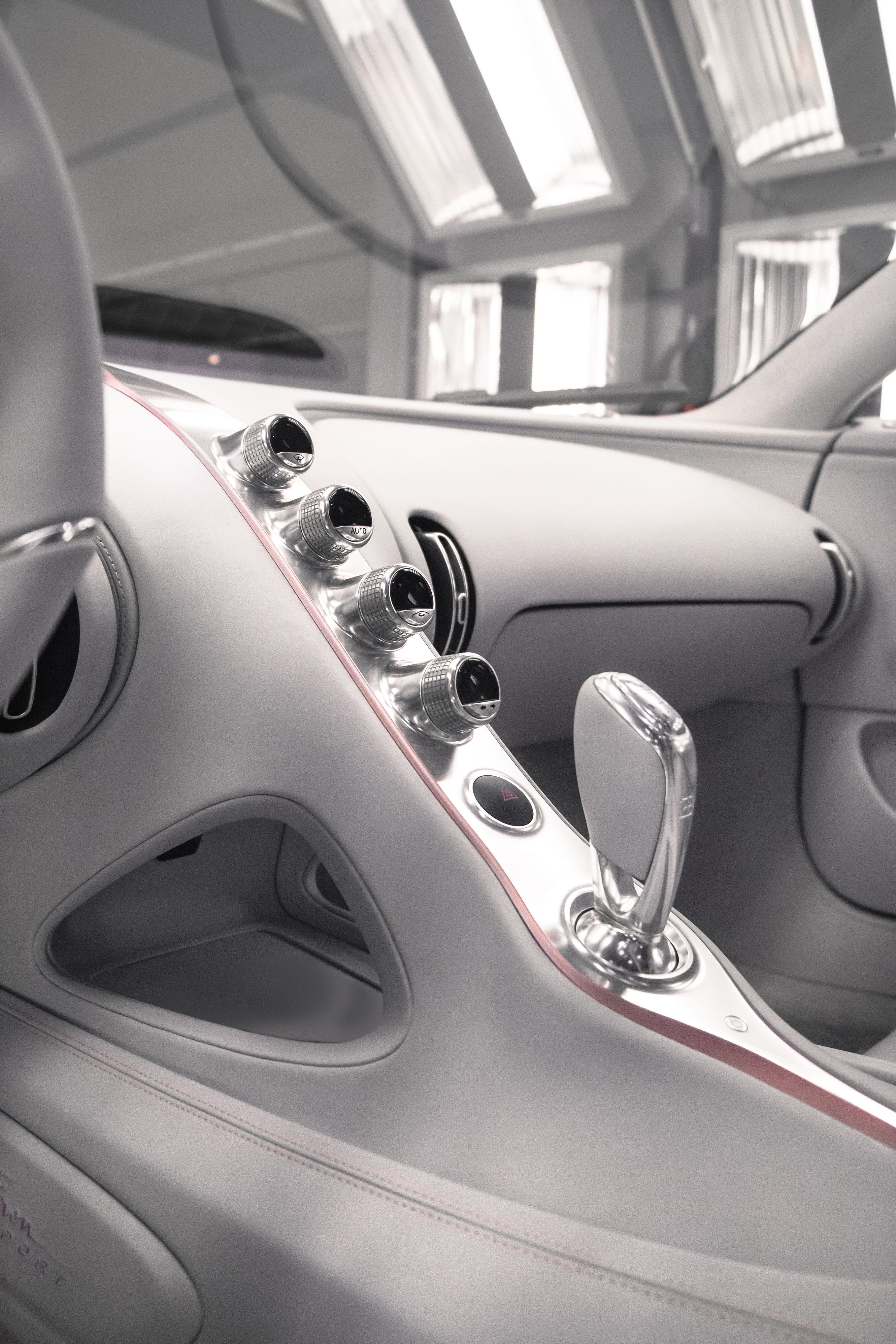 But you know what looks nice no matter which vacation home you happen to be visiting? Pink, because only a brave few are willing to make their car look like the embodiment of a hopeful teenager’s “When I Become a Millionaire” board on Pinterest. Even fewer have the cash to actually do it.

And if that cash is going toward a ridiculous car anyway, it might as well look the part. The very, very pink part. 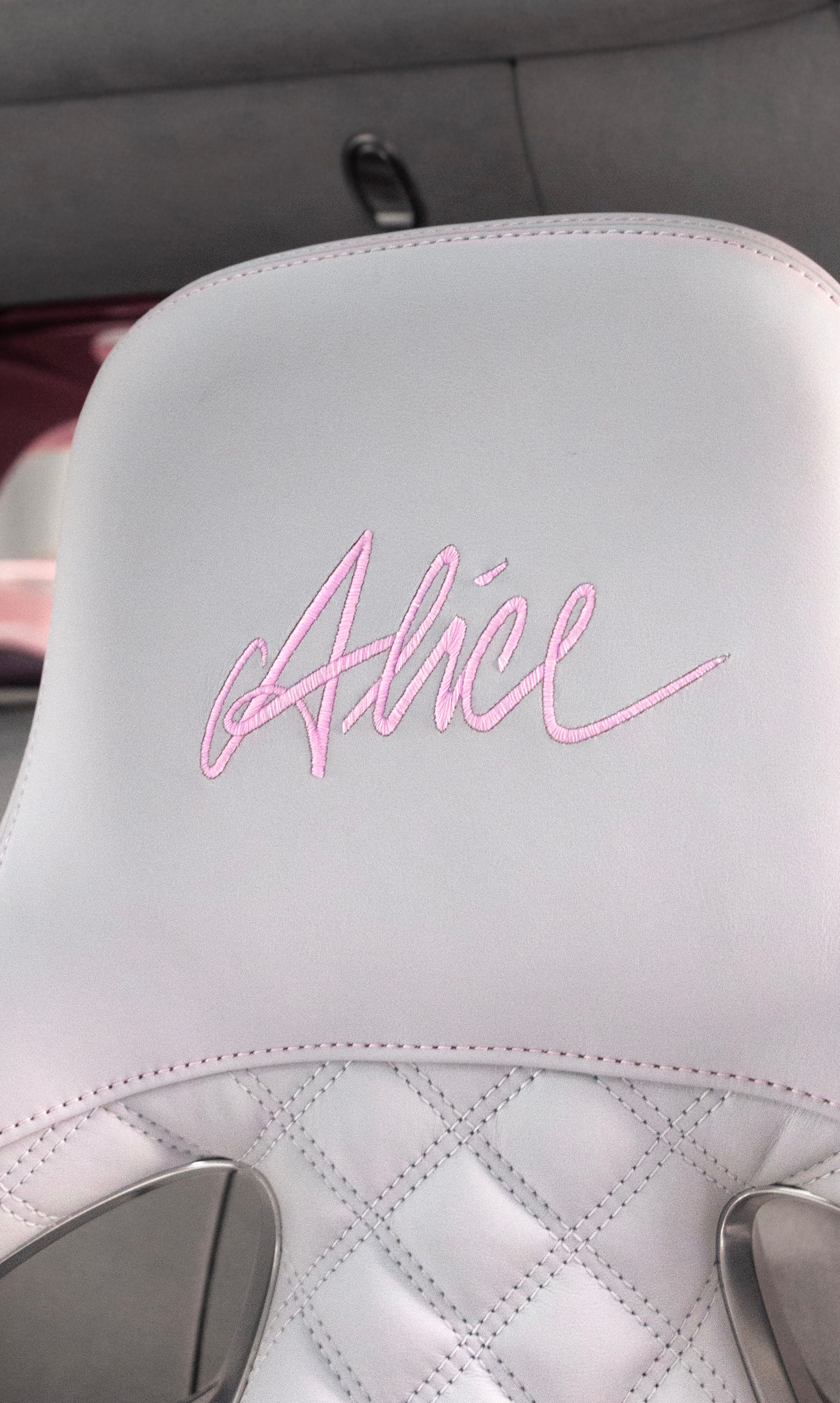 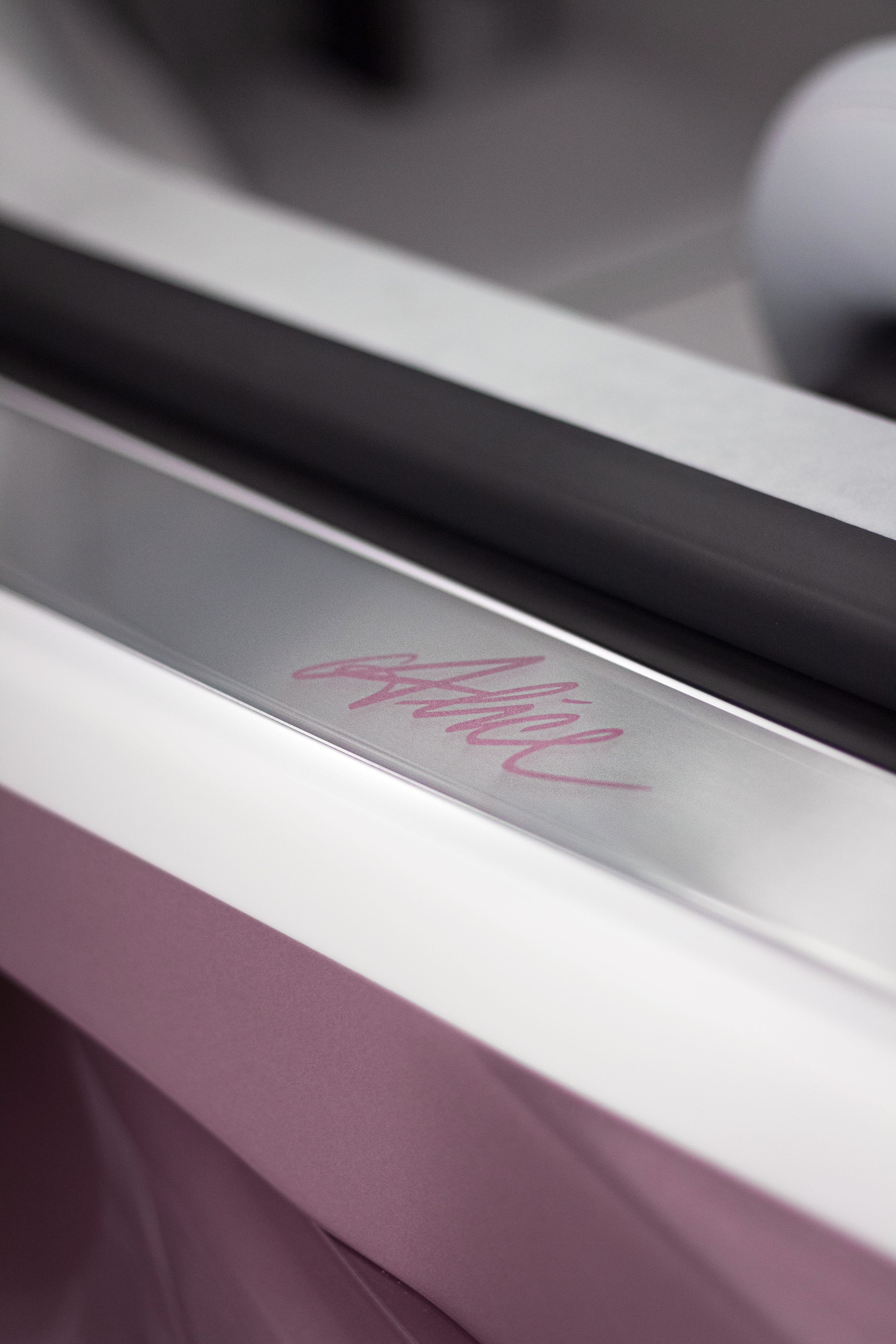 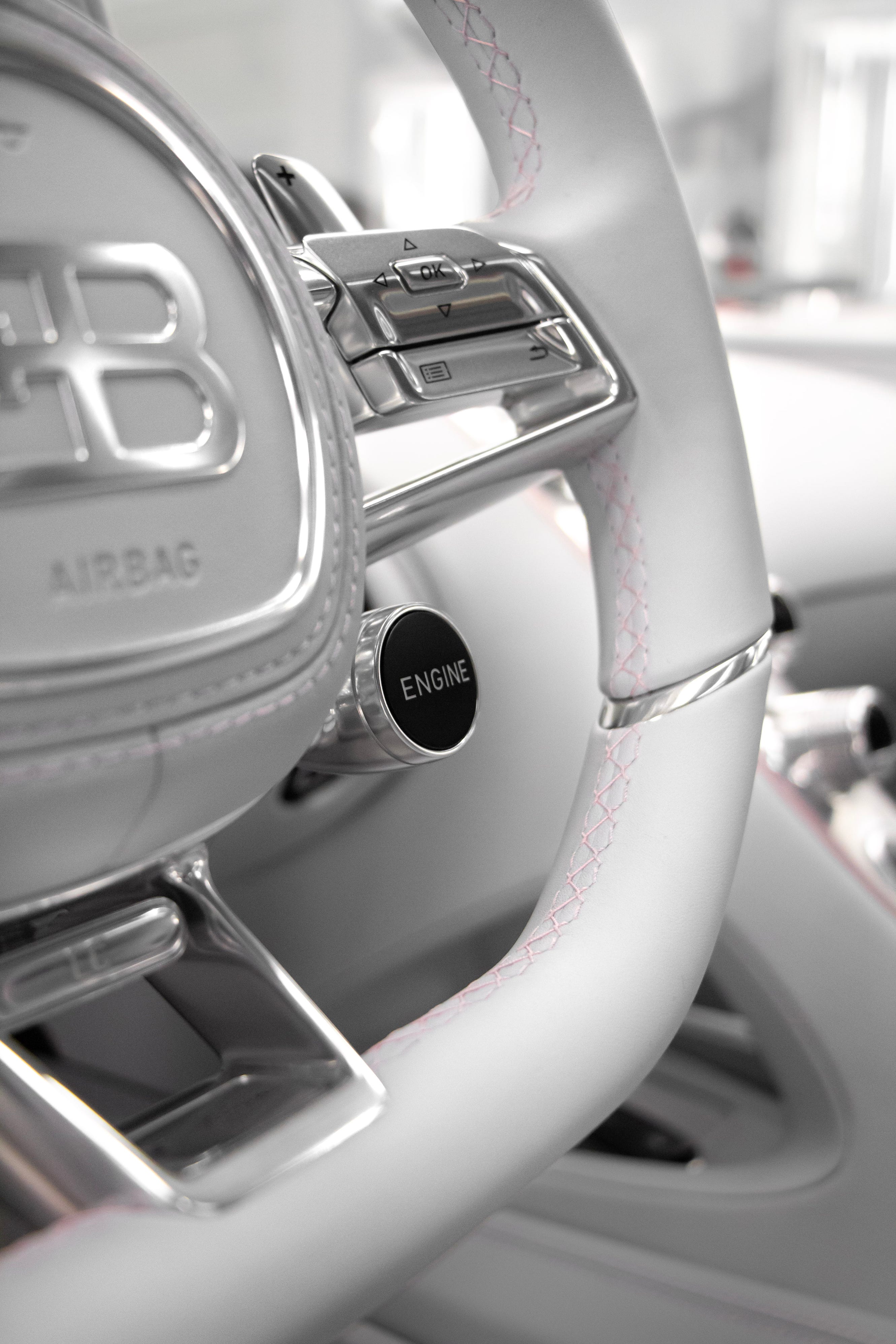 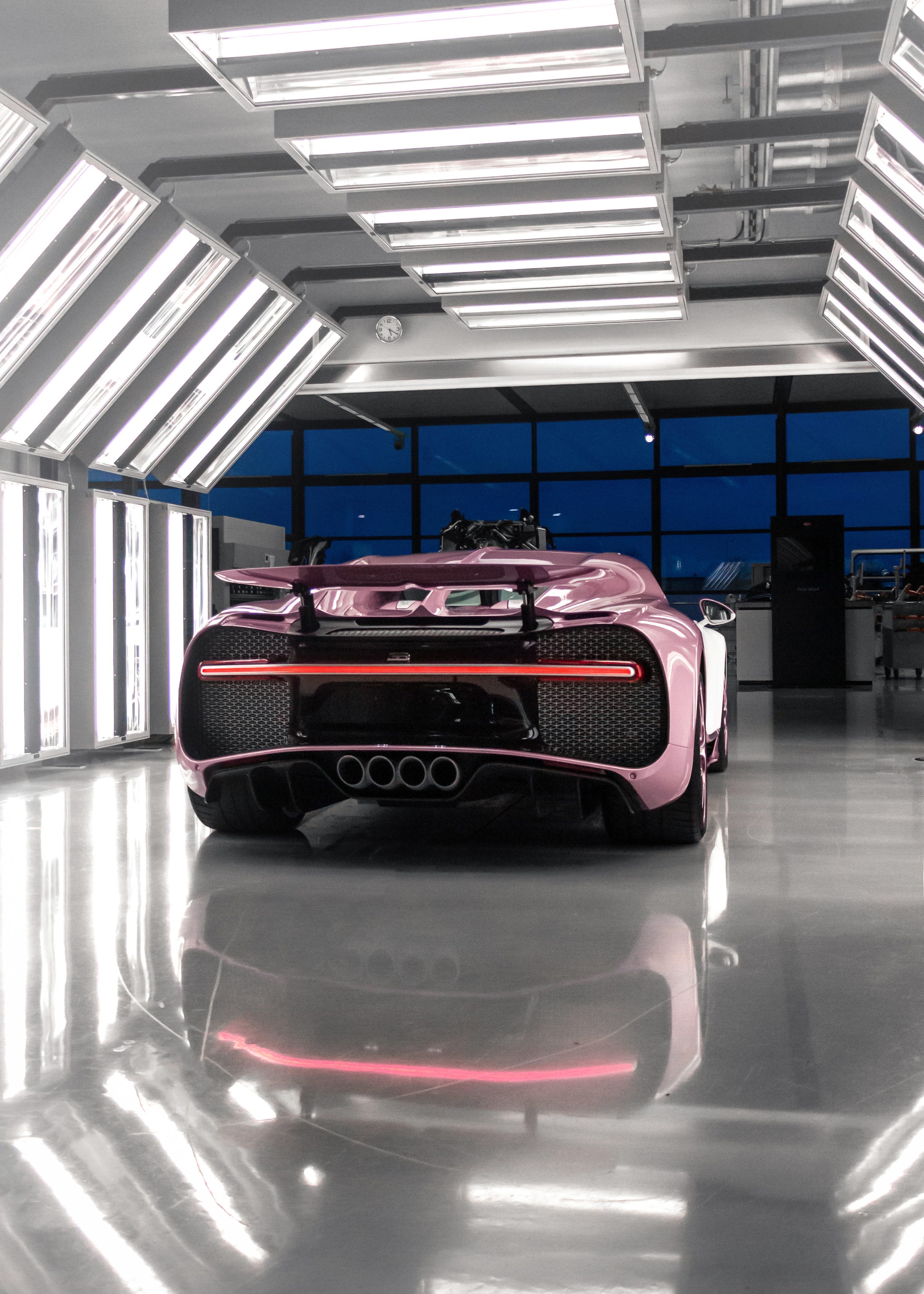 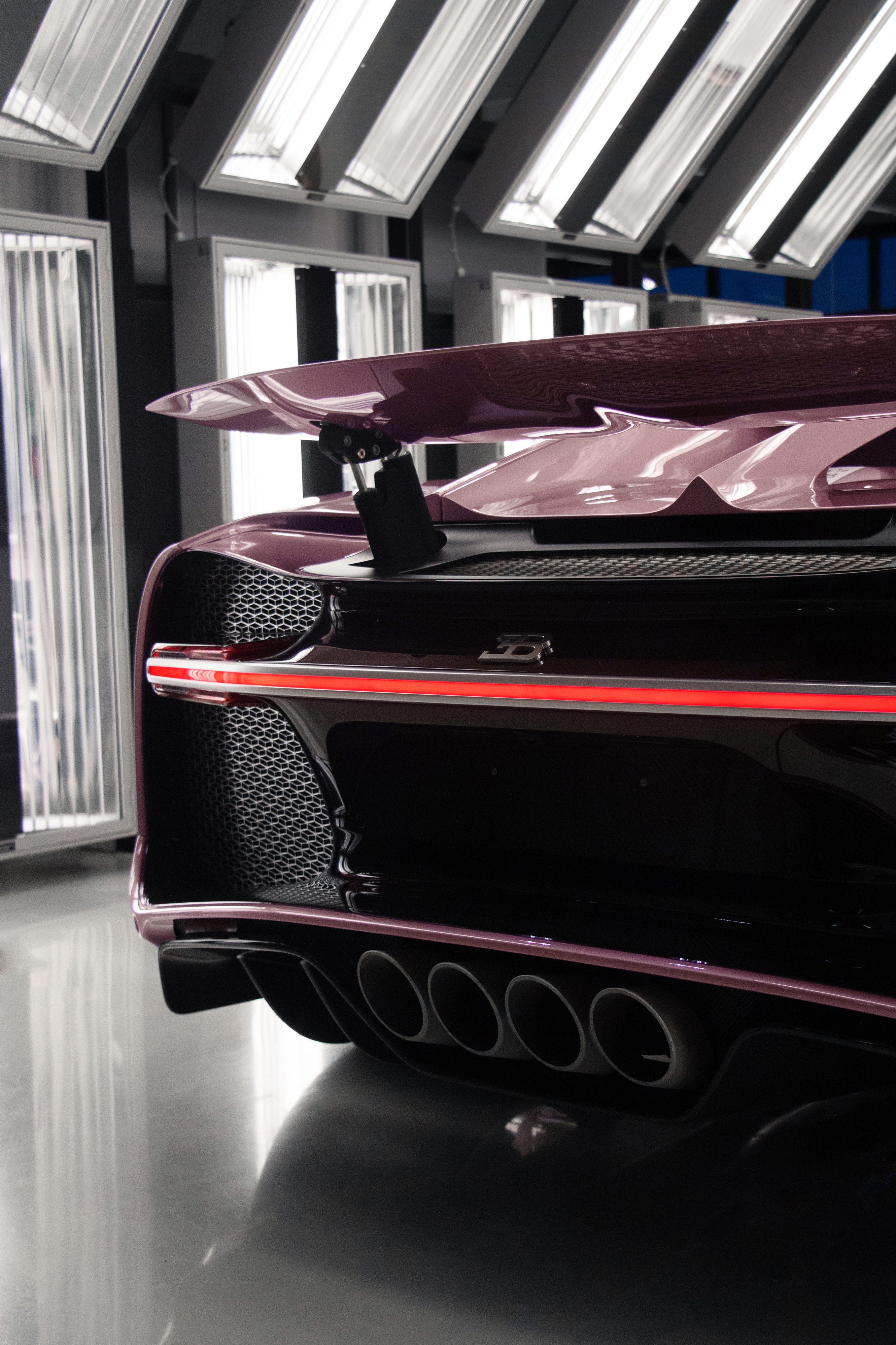 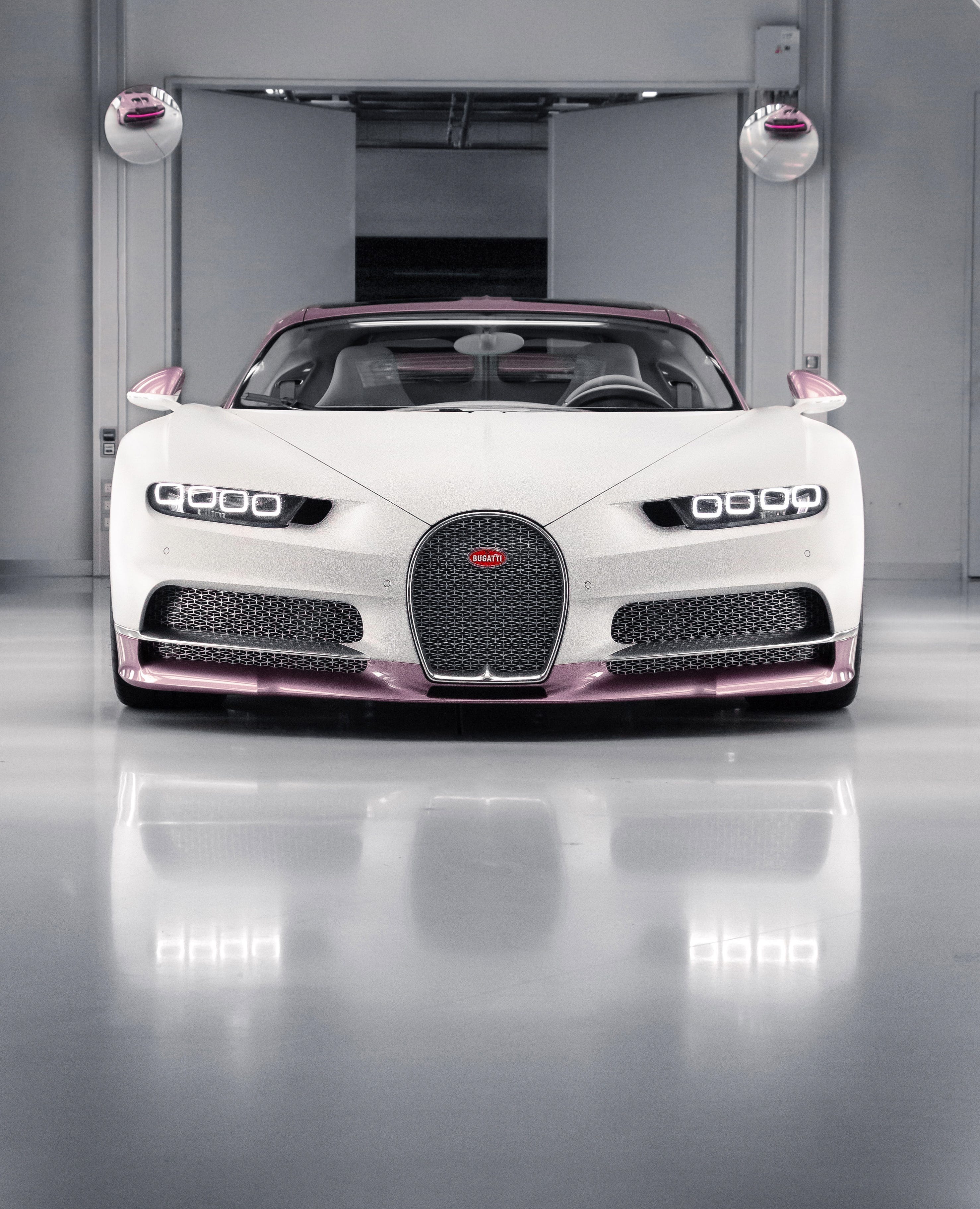 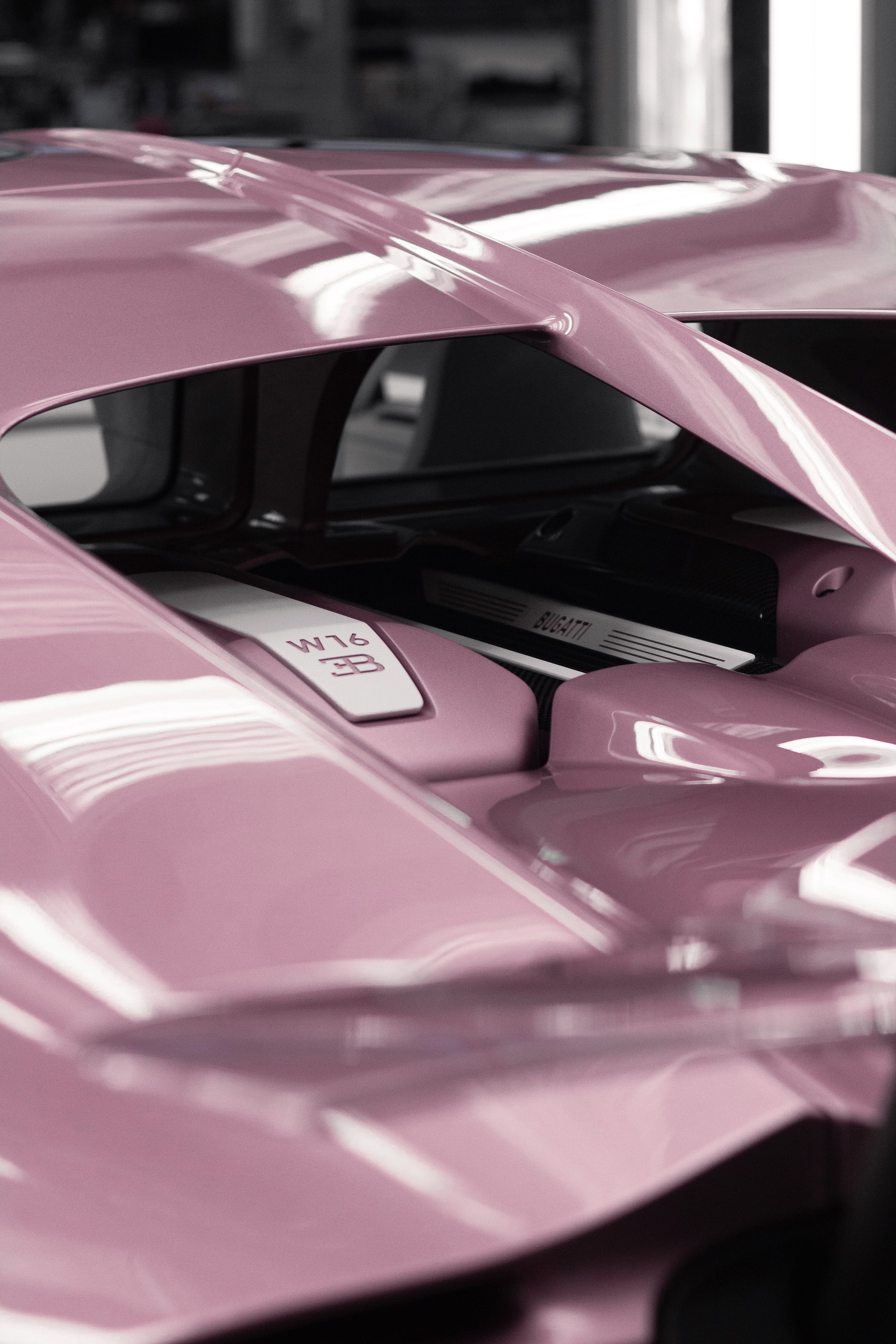