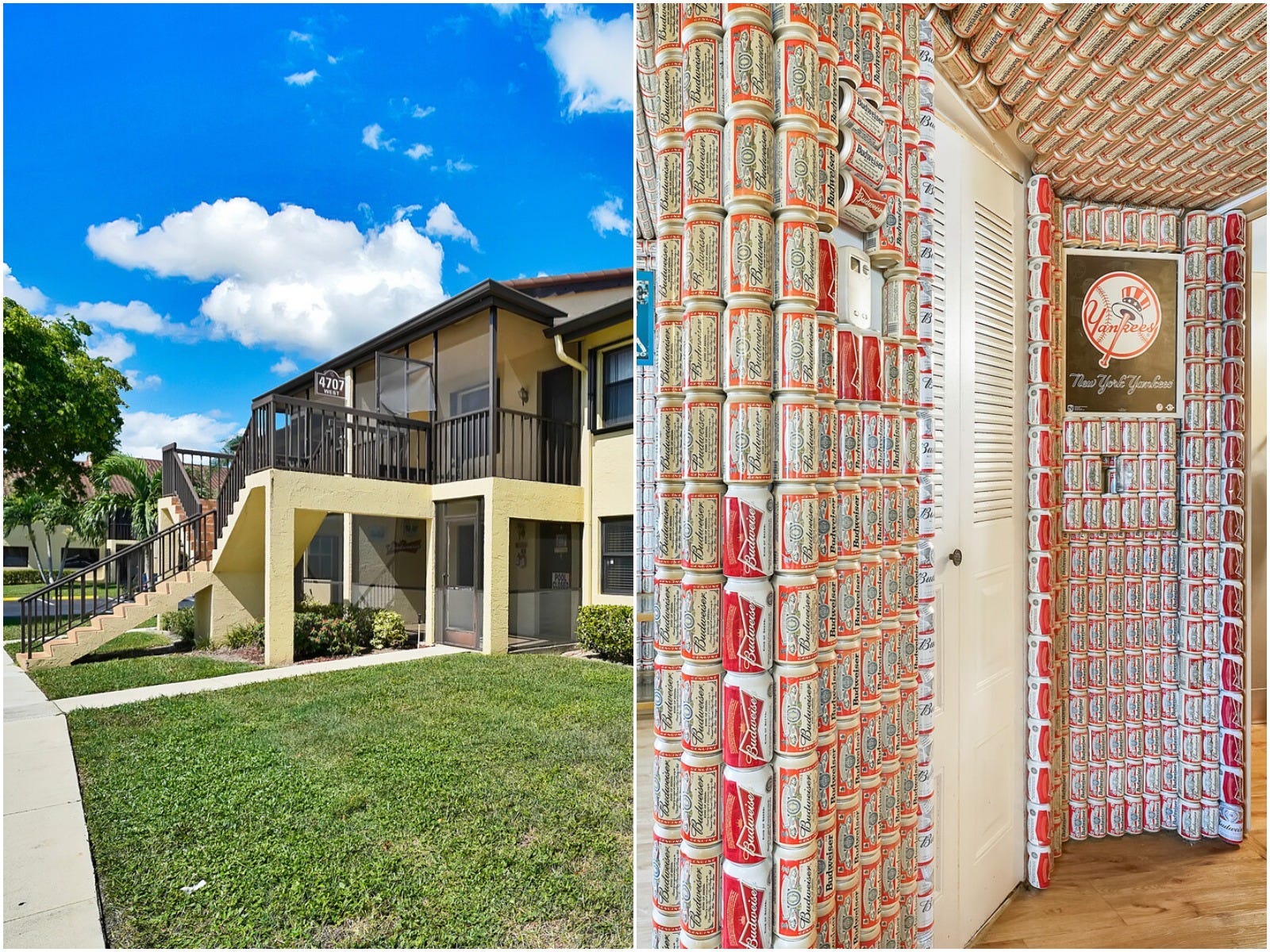 The brand Budweiser has named a Florida condo the “House of Budweiser” for its floor-to-ceiling beer cans that cover the interior of the home.

The 815-square-foot condo in Lake Worth, Florida, was listed by Kearney & Associates Realty and went on the market for $US100,000 on August 19.

After a bidding war, the home went under contract on September 6. Details of the final purchase price remain confidential as the closing is still pending.

The home’s previous owner and decorator was US Navy veteran Michael Amelotte, who died in June at age 69 after battling cancer.

Amelotte purchased the two-bedroom, two-bathroom condo in 1986 and started putting beer cans on the wall around 1990. He spent 16 years decorating his home and completed it in 2006, Jesse Kearney, a listing broker at Kearney & Associates Realty, told Insider. 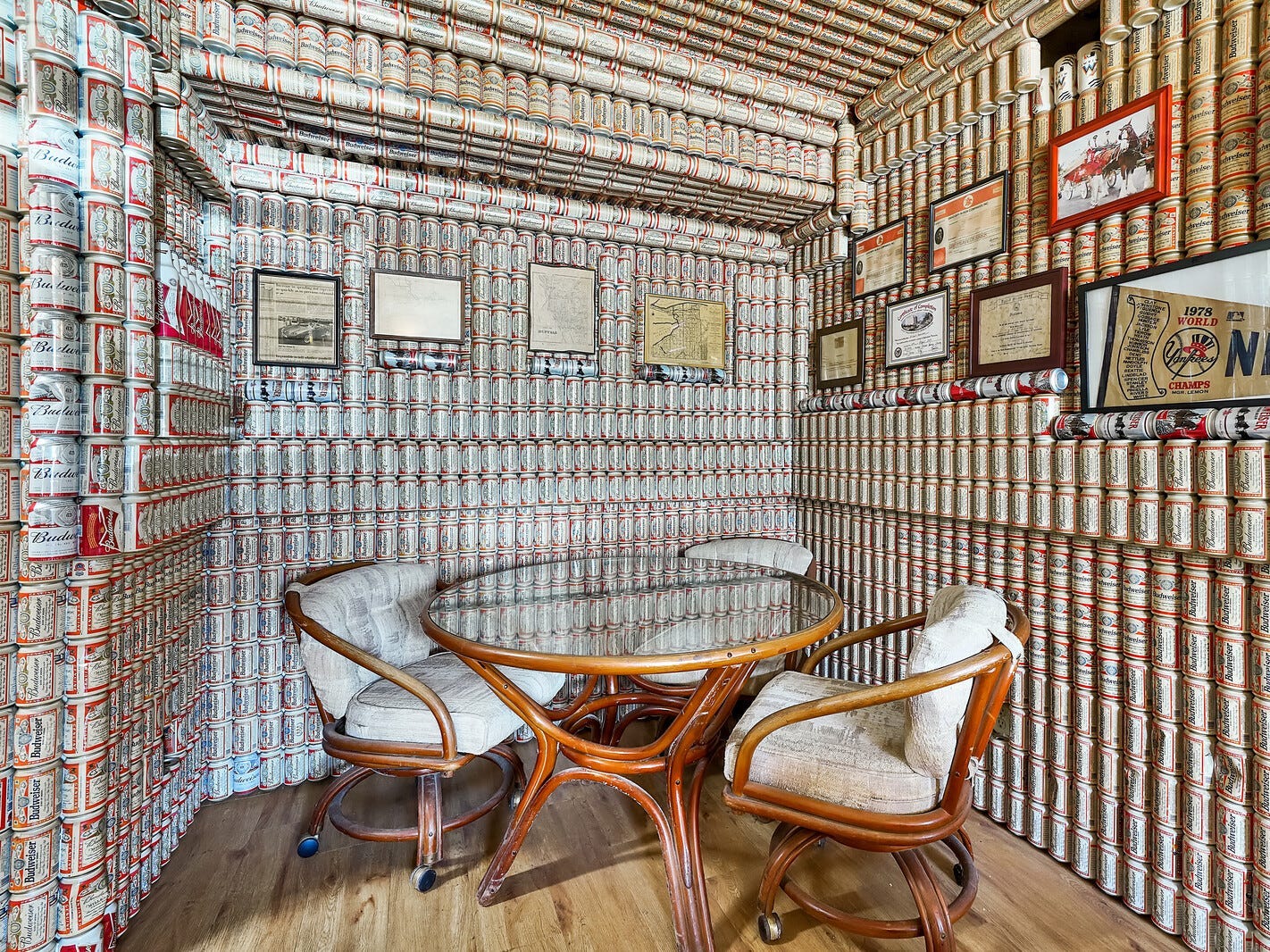 Kearney said that he initially thought it was going to be a challenge to sell the unique home, but he soon started getting calls about it from around the world.

“We’ve been getting calls about it from as far away as New Zealand â€” yesterday I spoke with someone from Sweden, and it’s all over the news in the UK,” Kearney said. 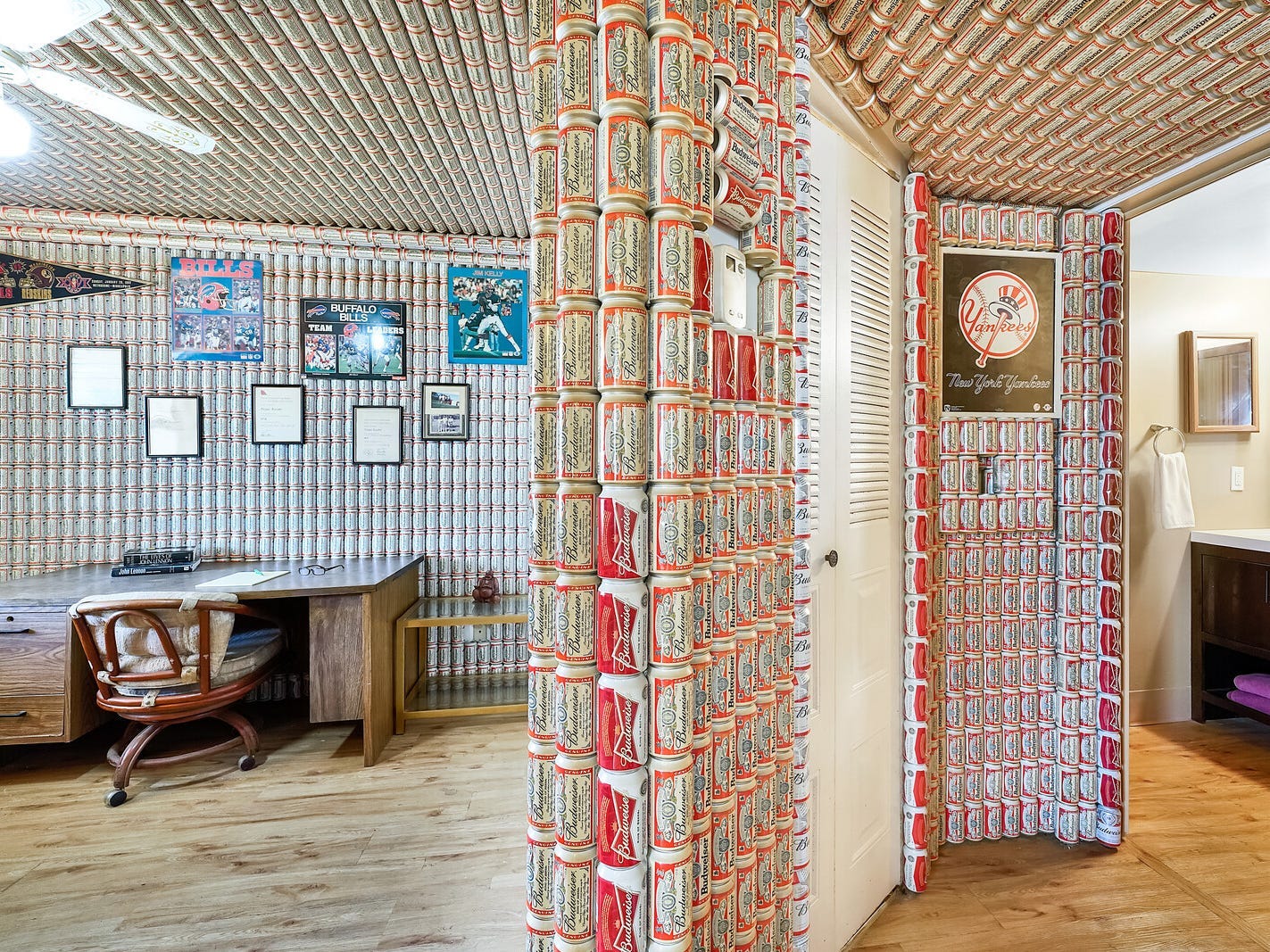 Kearney & Associates RealtyAmelotte drank every single beer can that decorates the home.

According to Kearney, each now-empty beer can was consumed by Amelotte while he lived in the home. Kearney also said that the condo’s decor reflects how the Budweiser logo and design changed through the years.

“When you go from room to room, you can see where Budweiser switched their branding logos, and the cans are just a little different,” Kearney said.

Kearney said that the home doesn’t smell like beer, as Amelotte cleaned each can before adding it to the wall.

Every room in the home, except for the two bathrooms, has beer can-covered walls. 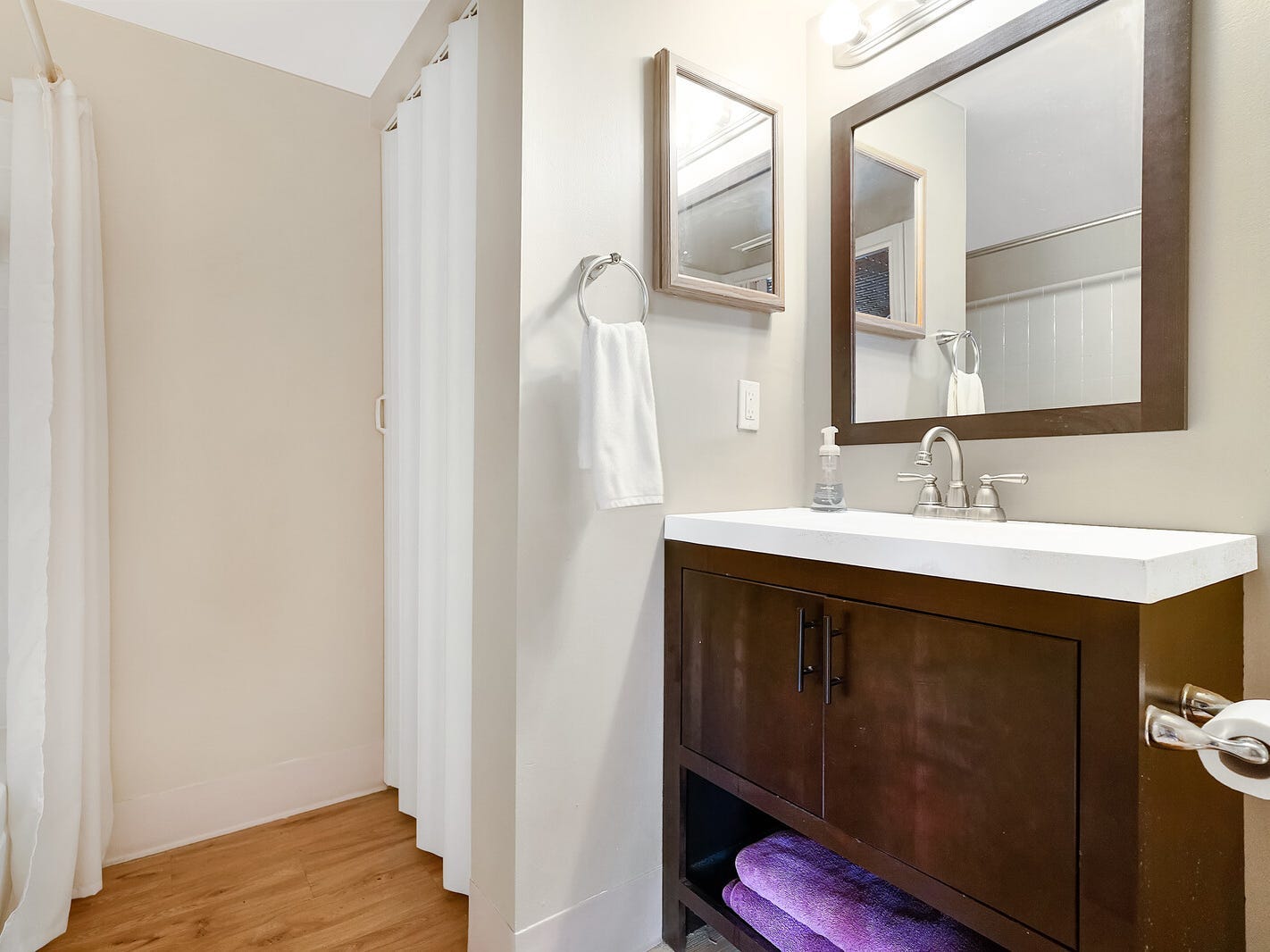 Kearney & Associates RealtyThe home’s bathrooms are the only spaces without beer can-covered walls.

Jennifer LoVerde, who was friends with Amelotte for 16 years before he died, told Insider that he was “obsessed” with Budweiser and refused to drink any other beer.

“One time I went to go get beer and I got Bud Light instead of Budweiser, and he literally told me to turn around and go return it for Budweiser. He would not let me in the house with the Bud Light,” LoVerde said. 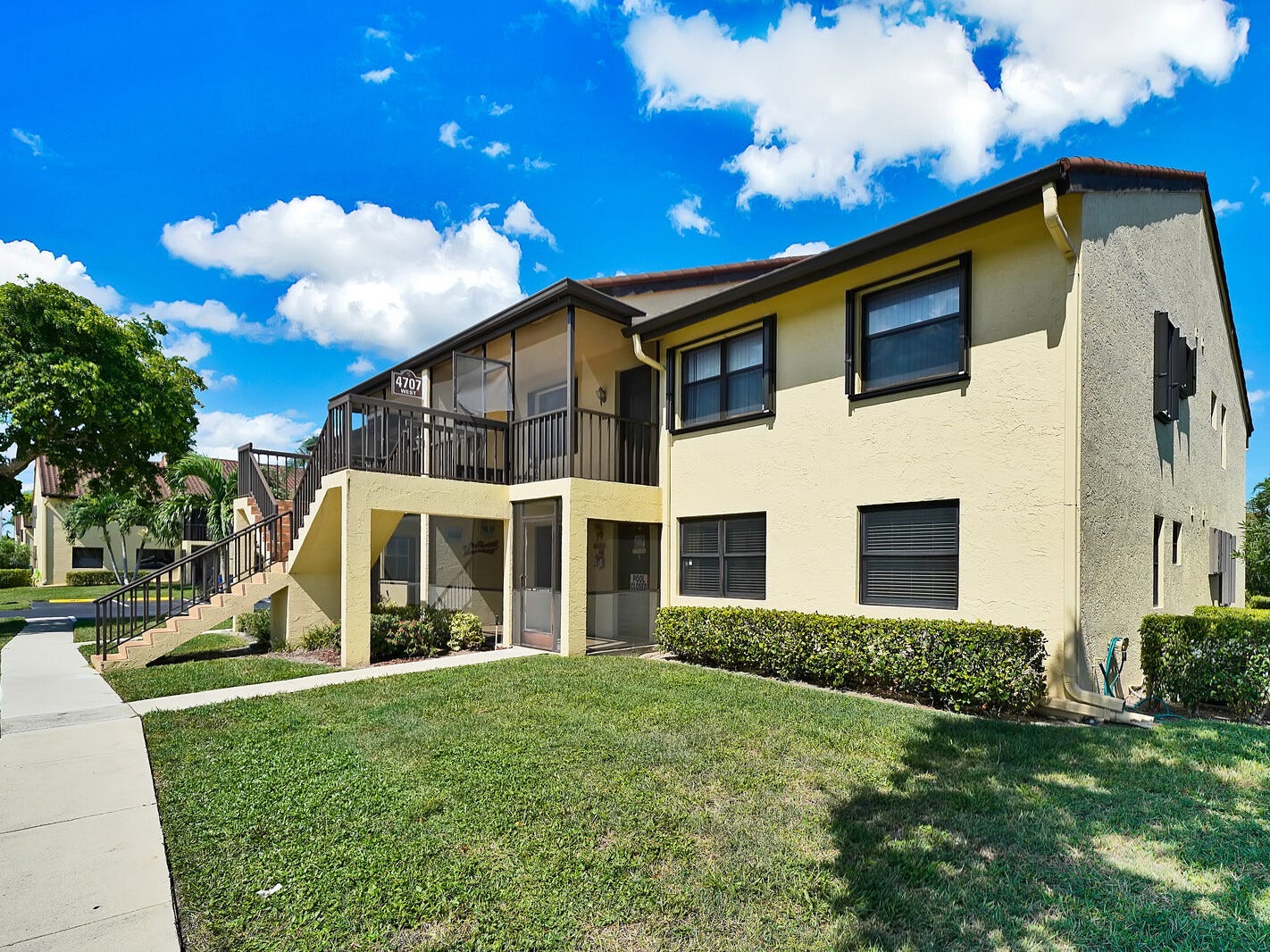 Kearney & Associates RealtyYou wouldn’t be able to tell that the condo is the ‘House of Budweiser’ from the outside.

After learning of the home’s sale, Budweiser’s parent company,Anheuser-Busch, offered to stock the new owner’s fridge with Budweiser beers as long as they do not renovate the walls or ceilings.

The brand did not confirm the period of time that the home would need to remain untouched in order for the owner to claim the offer. 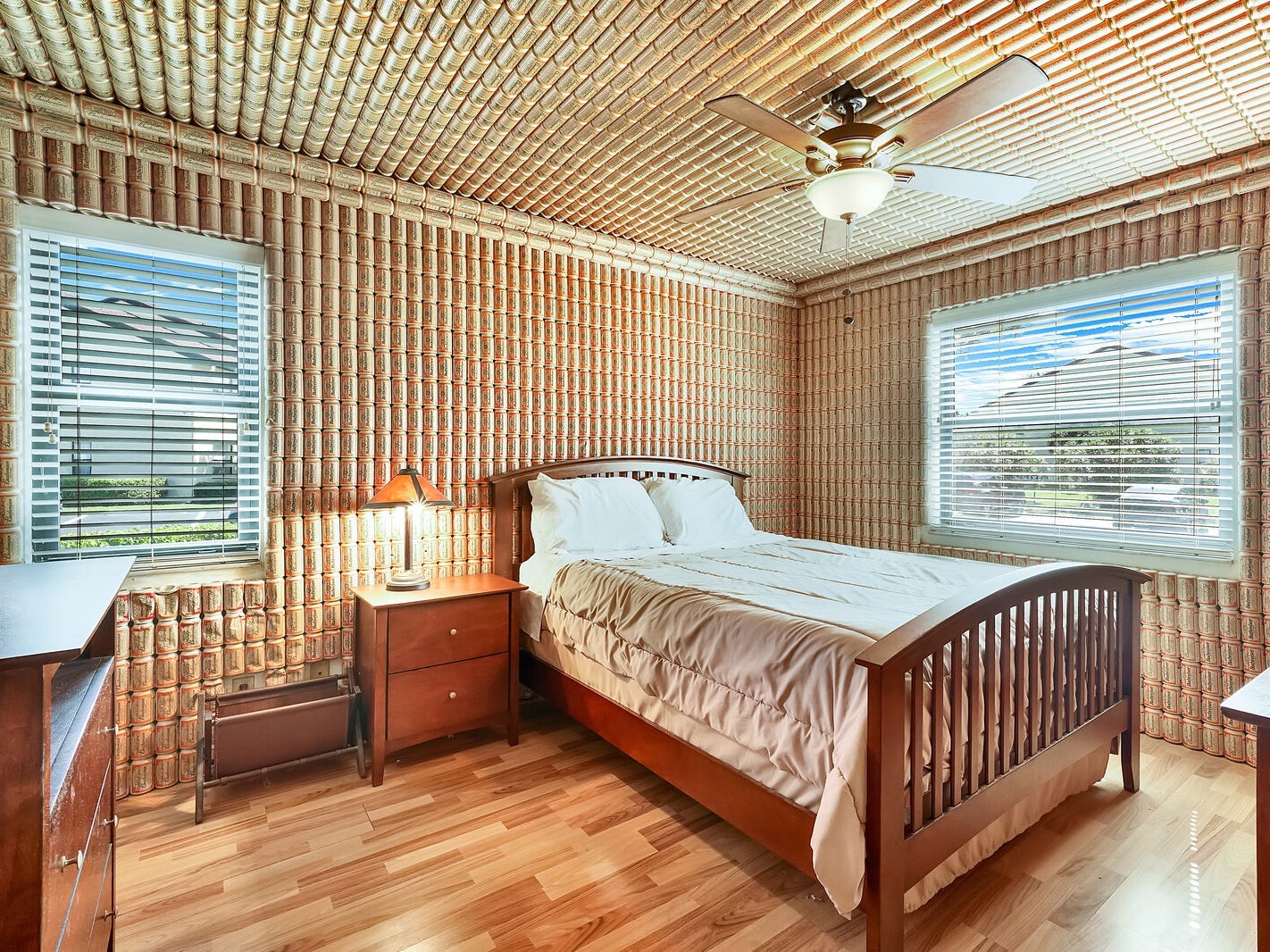 “We were incredibly impressed to see the dedication this Budweiser fan had in decorating his home and hope the new owners have the same appreciation for his art,” a representative for Budweiser told Insider.

The brand is still waiting to hear if the new owners of the “House of Budweiser” will accept the brand’s offer.