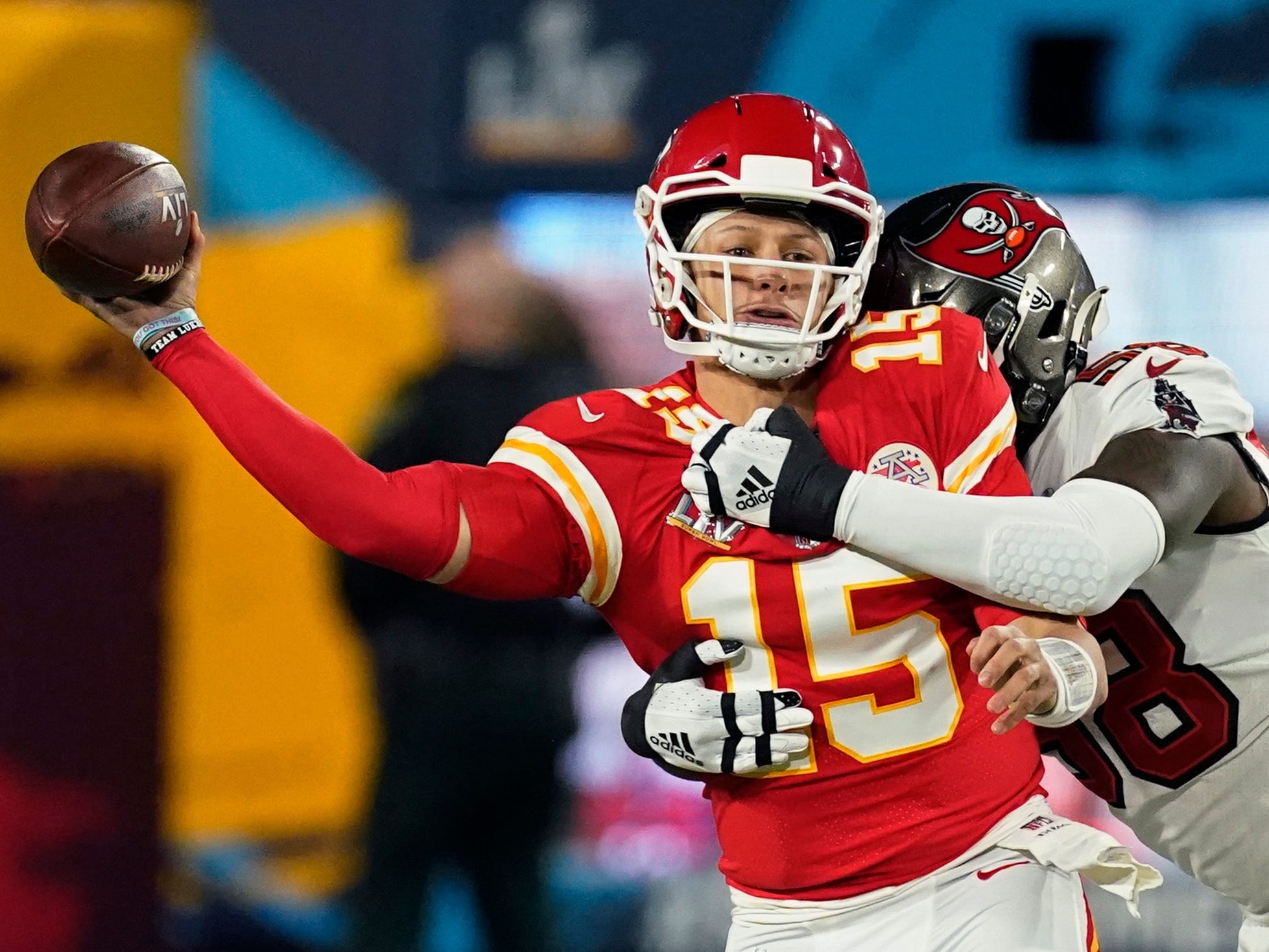 The most prolific passer of his generation spent most of the Super Bowl running for his life in a collapsing pocket, pursued mercilessly by the Tampa Bay pass rush.

The result was the worst game of Mahomes’ career and a 31-9 defeat in the Kansas City Chiefs’ attempt at a title defence.

Read more: THE TAMPA BAY BUCCANEERS WIN THE SUPER BOWL: Here are all the big moments and plays that people will be talking about

Diving into the numbers after the final whistle makes clear just how overpowering a performance the Tampa defence put on.

Mahomes faced more pressure than any quarterback had ever encountered in a Super Bowl. Meanwhile, Tom Brady was as comfortable as he’s even been inside the pocket.

Mahomes was pressured on 29/56 dropbacks–the most of any QB in Super Bowl history.

Brady was pressured on 4/30–the lowest of his SB career.

This dominance from the Buccaneers’ front four was on display all game. Play after play, Mahomes could do nothing but run away from the pressure and hope for a miracle.

The @Buccaneers defensive front is too strong. #GoBucs

For what it’s worth, Mahomes was doing everything he could to make some magic as the walls around him fell like the final stages of a castle siege. On a critical fourth down, Mahomes threw this astounding pass while nearly parallel to the ground. It will go down as one of the greatest incompletions in NFL history.

But despite his best effort, Mahomes still spent most of the night running backward. According to Next Gen Stats, Mahomes travelled 497 yards in the backfield during his dropbacks on Sunday, the highest total they have ever recorded.

The Buccaneers pass rush forced Patrick Mahomes to bail out of the pocket and scramble all over the field.

Mahomes traveled 497 yards before throwing the ball or being sacked, the most scramble yards in a game by any QB in the NGS Era (since 2016).#SBLV | #ChiefsKingdom pic.twitter.com/pHhXrYxadX

The Buccaneers defence chased Mahomes a third of a mile into his own backfield throughout the game. If you spend that much time moving backward, it’s tough ever to get the ball forward.

Tampa Bay dominated in all facets of the game on Sunday, but the pressure they put on Mahomes is what made the Chiefs fall apart.